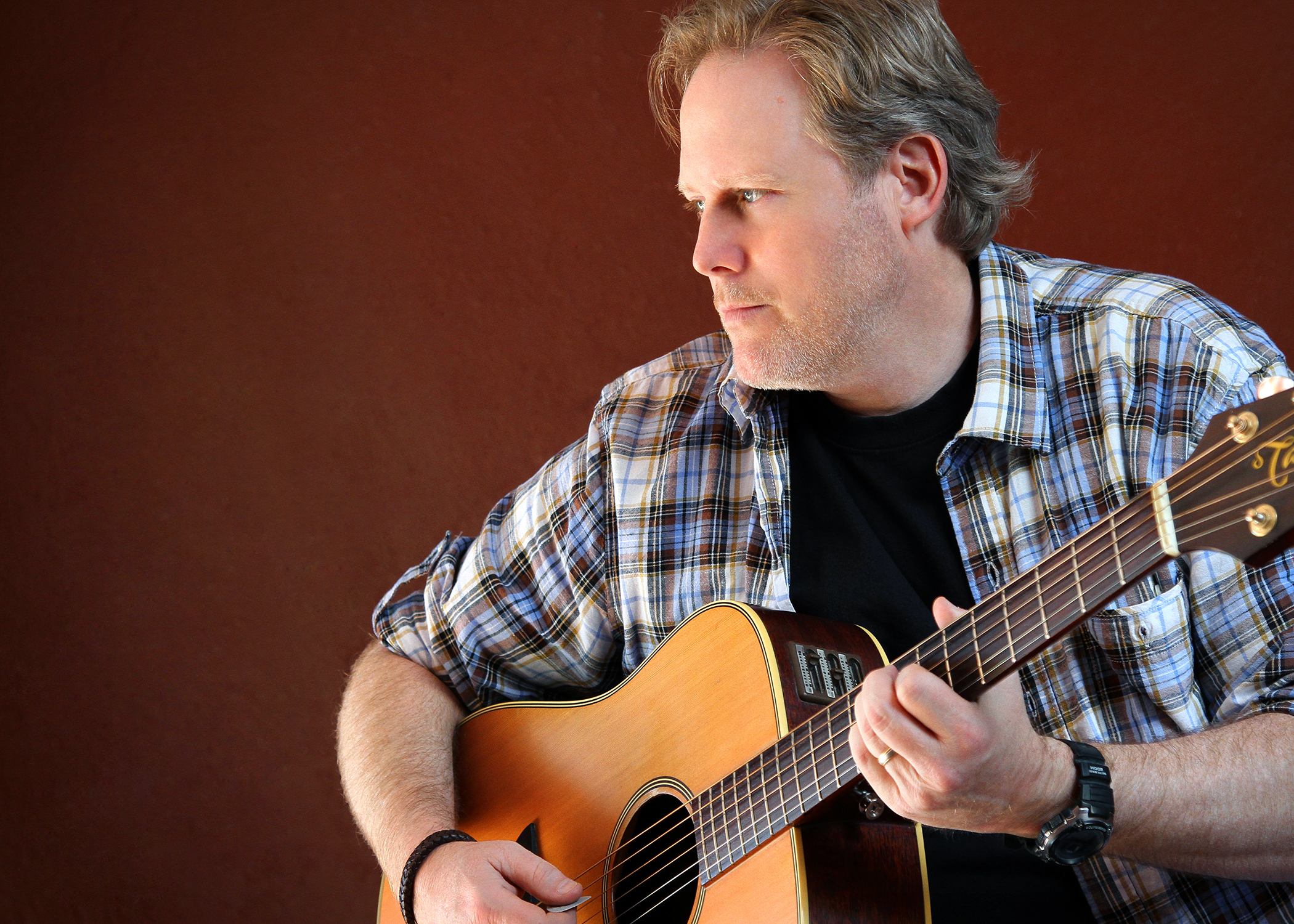 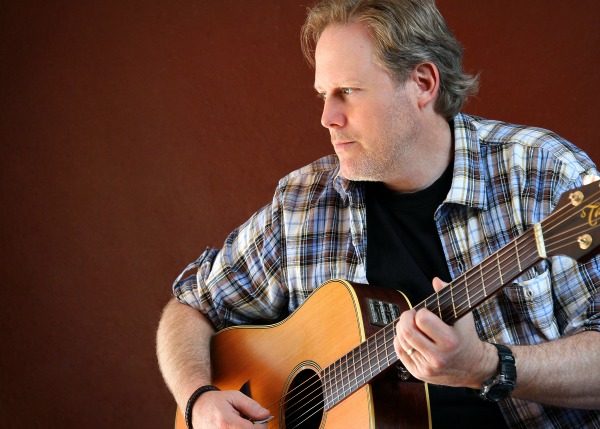 Q: Talk about your journey as a musician. When did you realize you wanted to pursue music?

A: In 6th grade, my Uncle Kenny came to live with my family after serving in the Marines. I looked up to him as a young boy and he taught me how to play the guitar. His vast library of music exposed me to some awesome musicians. I got a taste of Neil Young, the band Rush and other musicians who helped me “cut my teeth” or rather “work my fingers to the bone” as I practiced the guitar. 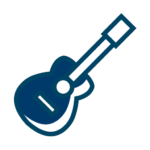 Q: Your music is described as Christian folk rock. Did you ever play in the secular realm?

A: Since I began playing the guitar at a young age, it allowed me to really delve into my craft and become a better musician over time. With that progression into music, the next step naturally was to play in a band. So throughout high school, I played in bands and continued playing in college. Around my sophomore year in college, my Uncle Kenny dedicated his life to the Lord and his lifestyle began to change. He sat me down one evening and led me in the Lord’s prayer … and at 19, I accepted the Lord into my life. The vision, purpose and direction of my life took on a different meaning after I accepted Christ and the urge to write music became very important to me. I had tinkered with writing music prior to this time, but it became easier and more effortless because I felt inspired by the Holy Spirit when I sat down to write. It was like the Spirit breathed the words into my heart and mind and helped craft my songwriting skills.

Q: Your CD, titled Live the Life, was launched in January 2018. What are some of your favorite songs on Live the Life?

In the song Rest, God is saying to the listener, “I’m listening, and I hear you, and I’m moving you’ll see, It’s okay now – to say now – that I am free. Because there’s not one hair that’s not numbered … No need to worry, because I’m in no hurry … just put all your trust in me. You will find rest … rest into my arms … you can rest.”

Q: Your best friend is Kirk Andres Wilson. How did you meet and become friends?

A:  Kirk and I go way back. We worked together at a church for 10 years and during this time we played music together weekly. We remained friends even after he moved to Los Angeles in 2007 to pursue his music career. He is an absolutely amazing piano player and jazz guitarist as well as a vocalist. We are both performing on March 3 at the Manship Theatre in downtown Baton Rouge. Kirk is bringing some of his band members from Los Angeles and will do his regular show. I will be performing songs from Live the Life with my band. However, we have not decided if we will perform together.

Q: It’s quite an honor to perform at the Manship Theatre. How did this come about?

A: Yes, it will be a big night for us. Back in 2016, Kirk was scheduled to do a release concert but unfortunately, the show was canceled due to the flooding in Baton Rouge. In 2017, I began searching out venues to perform songs from my new CD. Kirk and I talked and decided to schedule a date that worked for both of our schedules. I will be performing an hour set followed by an intermission. Kirk will perform afterward. It will be an incredible night and no matter what type of music one likes, there is something for everyone in our song line-up. We want to really glorify God and put on a great show.

Q: What is your favorite scripture and why?

A: Ecclesiastes 9:11 has always been one of my absolute favorite Scripture passages — “I returned, and saw under the sun, that the race is not to the swift, nor the battle to the strong, neither yet bread to the wise, nor yet riches to men of understanding, nor yet favor to men of skill; but time and chance happeneth to them all.” This scripture has so much meaning to me in that I don’t have to be fastest, strongest, wisest or the most skilled, but time and chance happen to us all. Time and chance are in God’s hands. I am called to trust the Lord daily because he holds the power to make things happen. The Lord can lift me up or make me wait, but in time, I truly believe by leaning on Him, all good things come to those who wait.

Bruce Boyet’s songs focus on self-enrichment and redemption. There is always hope and a chance to live again despite the barriers that tend to blind us. The messages in his songs are positive and may reignite a flame in your spirit that has been burning low. It’s possible to LIVE, truly live, life again.

For more information, go to www.bruceboyet.com or facebook.com/bruceboyet. To book Bruce’s band, send an email to etcsolutions11@gmail.com