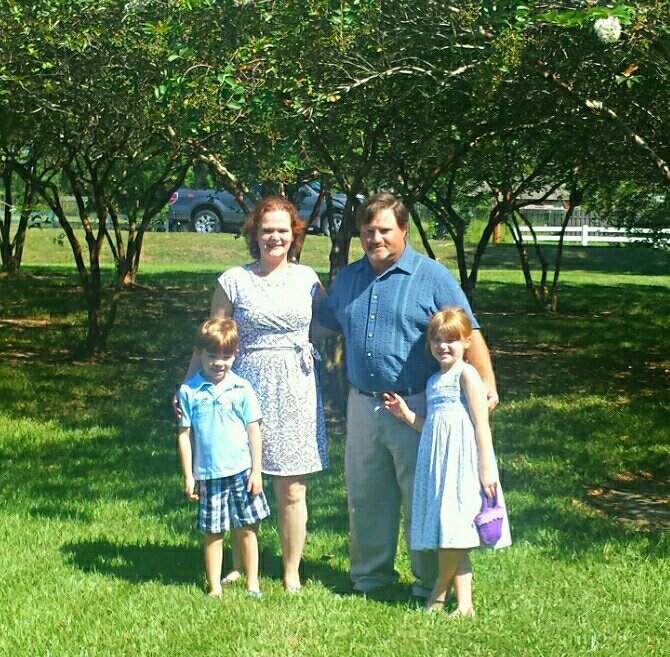 “You hear in society that it’s no big deal. You hear, ‘Oh, you need a quick solution, go have an abortion and then you’ll never have to deal with it or think about it again.’” That, says Georgia Small, is a lie, and she’s stepped out in faith to take her own story of healing and restoration to women who share her experience.

“They are human beings, too, just like the life that has been lost,” Small explains. “Sometimes that message gets lost in the pro-life issue. I think everyone is obviously concerned about the babies and they often treat the women who’ve had them as if they’re a non-entity.”

Her ministry embraces post-abortive women through small, Bible-based classes on the book, Forgiven and Set Free (Baker Books, 1996). Author Linda Cochrane recently held a workshop to train leaders from pregnancy centers and local churches to walk other women through the emotionally-charged process of healing. They hope others will catch the vision – and have the courage – to start similar ministries.

The courses are saturated with scripture, surrounded in prayer and confidential, Small says, because they involve a sensitive, spiritual battle. The next class begins Sept., 16 at River Community Church in Prairieville.

There are many who carry around this secret burden, according to Small. The Louisiana Department of Health and Hospitals reports that 10,211 induced terminations of pregnancy occurred in Louisiana in 2014. Some 14 percent of pregnant women underwent abortions in Louisiana compared with 18 percent nationally in 2011, according to the Guttmacher Institute, a nonprofit policy research institute originally affiliated with Planned Parenthood. About 1-in-3 women in the U.S will have an abortion by the time they reach age 45, institute research reveals, and 73 percent report a religious affiliation.

“You’re sitting next to them in church, they’re in your family, they’re your friends,” says Small. They haven’t told you because they’re scared to tell anybody. So it is an issue that everyone should be concerned about, and especially churches.”

But it was hard to convince many pastors that an abortion recovery ministry was needed, since few women talk openly about their abortions. Some pastors found it difficult to encourage grace – and at the same time – discourage future abortions. Small recognizes that there are no easy answers once an unwanted pregnancy occurs.

“Having a child out of wedlock or putting a child up for adoption leaves room for hope and time for God to write the end of the story,” says Small. “Abortion ends a life and leaves a void that can never be filled. There can be healing to be sure, but the consequences must still be endured.”

As an act of grace and support, River Community Church in Prairieville, an evangelical Presbyterian church where Small serves as deacon, has opened its doors to anyone who wants to participate in the abortion recovery course – and at no cost. Healing Place Church has offered the class through its Friday evening New Beginnings ministry.

Small’s own story reflects the challenges and choices many women have made. Young, recently divorced and newly employed at a desirable job, she was not really in a relationship but hanging out with a male friend. When she got pregnant, he offered to pay half the cost of an abortion. She talked to other friends who had gone through abortions and they agreed; after all, she was not in the best position to have a child.

“And I really believed that I’d never have to think about it again, that it was just a procedure. I didn’t value human life then in the way that I do now. I didn’t see that as a baby. I believed that it was a fetus like you’re told when you go to the abortion clinic.”

She was not prepared for what followed. “That weekend was the worst weekend of my life,” she remembers. “I just remember just crying uncontrollably and just feeling like I was empty and lost.” After a weekend flooded with emotions, she turned off her heart.

A few years later, she became a Christian and her life began to turn around. But she didn’t realize there were layers of emotion that still influenced her relationships. “When we ask God for forgiveness we’re forgiven,” she explains. “But if we haven’t done the hard work of going through the past then we don’t know what is driving, necessarily, our thoughts and emotions and the way that we relate to other people. It’s just been amazingly freeing for me.”

“My favorite scripture is in Isaiah 61 that talks about changing ashes for a beautiful headdress, and I love that it ends with ‘so that they be made oaks of righteousness’ (Isa. 61:1-3),” Small says. That really speaks to me because I feel like God has called me to go into this difficult place and try to help people turn their experience into something they can heal from.”

For more information on the next Forgiven and Set Free class, or other recovery classes, contact hisgarmentministry@gmail.com, or call 225-395-1172.