It happened in Zimbabwe, Africa in 2002.

A group of boys playing outside heard the sad and frightened cries of a small child. Running to investigate, they came across a crude outhouse and found a 3-year-old named Tinotenda struggling in a pile of human waste. His mother had thrown him there to die.

Tinotenda was a “throwaway” kid, a victim of the hopelessness and poverty so pervasive in many Third World countries. Fortunately for Tinotenda, he was pulled from the pit and taken to a nearby orphanage run by the Children’s Cup organization. Children’s Cup provides clean water, food and medical care to thousands of orphaned and vulnerable children in Mozambique, Zimbabwe, South Africa, Honduras, Mexico and Swaziland.

The organization was founded by Dave and Jean Ohlerking in 1992 with the purpose of helping and healing the world’s forgotten children. Today, Children’s Cup is run by Ben and Susan Rodgers, the Ohlerkings’ daughter and son-in-law, who live in Prairieville.

Ben and Susan lived in Africa from 2001 to 2011, first in Zimbabwe and then in Swaziland, and raised their three children there. Choosing to live a life of service and sacrifice was not a hardship or a difficult decision, they say.

“God asked us to do this, and we said yes,” said Susan, the organization’s missionary coordinator. “It’s that simple. We are available and fully obedient to Him — whatever He asks, no matter where He leads. We are still in awe of how powerful our simple ‘yes’ has been in affecting so many lives around us and all around the world.”

Ben, who serves as executive director, says Children’s Cup is not only providing the basic necessities for children, but is transforming them to become leaders and “world changers.” 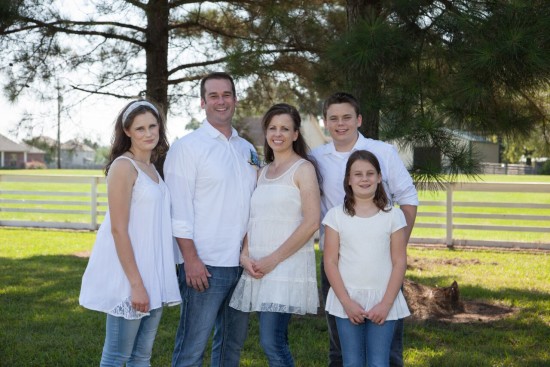 “About 10 years after we saved Tinotenda,” Ben said, “I ran into him at one of our orphanages (called Carepoints). “He was almost a teenager by then — a handsome young man — and after talking for a while, I asked him what he wanted to do with his life when he grew up. He said, ‘I want to be a pastor like you — so I can help other children like me.’”

That help that Tinotenda mentions is more than food and water. Children’s Cup also helps children receive medical care, education and yes … the Word of God. Children’s Cup promotes discipleship by establishing Bible studies for children at the organization’s Carepoints. It’s here that they learn God has a plan for them and hope is able to take root in their lives.

As Ben says, “The biggest problem isn’t disease or poverty. It’s the lack of hope. And hope has a name … Jesus.” Ben makes several trips each year overseas, with teams of volunteers and missionaries committed to the cause.

“I tell them, ‘Your life will never be the same after you go on a trip with our group,’” said Ben. “When we share our stories and our experiences, they have a better understanding. There are children in this world who go through things we can’t even imagine … it’s such a blessing to be able to help them, to bring love and meaning into their lives.”

Over the years, the charity has provided more than 4 million meals to orphans, built 41 churches, and found sponsors for more than 1,125 children.* Even so, Ben and Susan’s work is never done. At every opportunity, they share their message and encourage others to consider working with Children’s Cup. They also provide education and training for those who want to become more involved.

Not everyone can serve as a missionary overseas, but there are other ways to make a difference, such as raising money for the organization or making a one-time donation.

Christmas at Carepoint is one example. Children’s Cup hosts a festive party for the children during the holidays, complete with games, dancing, a delicious meal, a special gift, and a dramatic performance of The Story of Jesus. For just a $10 donation, you can send one child to the Christmas at Carepoint event.

You can also sponsor a child (long-term) though Children’s Cup. Just a little more than a dollar a day helps provide children with food, medical care and the opportunity to receive an education.

If your group/church/family is interested, send an email to info@childrenscup.org for details, or call (225) 673-4505.

“I believe what we are doing is the highest calling there is,” said Ben. “God is able to do infinitely more than we could dream of when we are simply willing to listen for his voice and say yes.”

(*Children’s Cup: A Guide to Changing the World)