The Bible says in Matthew 18:20, “For where two or three have gathered together in My name, I am there in their midst.”

Someone asked me if I believed in miracles? My response was, “I believe in the power of God.”

Read this miraculous story illustrating the power of God: 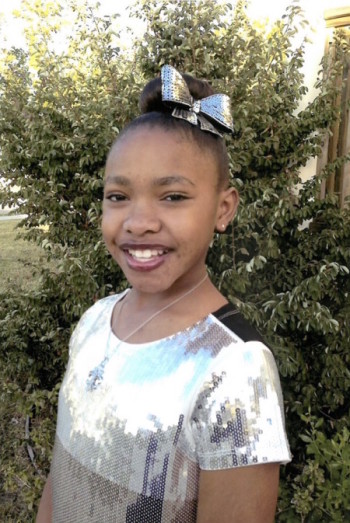 Alana Green is a fun-loving 8-year-old girl who loves being a majorette and marching with her local high school band. Yes, that’s right she is only eight and good enough to march with the high school band.  Recently Alana developed a rash on her arm and thinking nothing of it, her mother treated it with over-the-counter- products. But the rash started to spread and soon covered her body from head to toe.

Her parents rushed her to the hospital where she was treated as a lab rat. The doctors were making educated guesses as to what they thought it could be. They treated her as if she was a burn victim scraping her skin 2-3 times a day. She would remain in the hospital for 11 days before she was diagnosed with a rare skin disorder called Steven Johnson’s Syndrome—a life threatening skin condition that causes the outer layers of the skin to separate from the inner layers with rashes, blisters and lesions all over the body.  She was unrecognizable. The doctors informed Ms. Greene that she would likely remain in the hospital for months.

Ms. Greene understood that she couldn’t tackle this alone, so she reached out to her church (LFCC) requesting prayer for this unknown disease.  The church responded and sent a busload of prayer warriors to the hospital. Three days later Alana’s skin was clearing up and the family was headed home. The doctors were stumped. Alana is now back in school and on the honor roll.

I challenge the people reading this to connect with God using the very powerful tool called prayer. Prayer really does work.  So the next time you are faced with a question of belief, remember that God is just as real today as he was yesterday.

4 thoughts on “A Question of Belief”