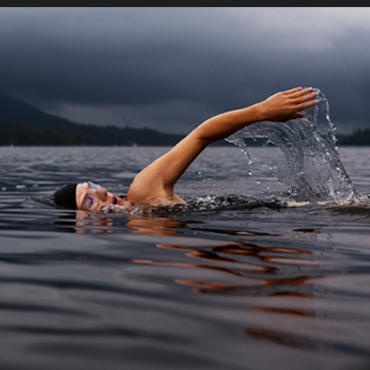 There is no prophecy more important than the one found in the ninth chapter of Daniel. God sent his messenger Gabriel to explain to Daniel the consummation of the world.

I want to point out a few things about this chapter, which confound the biblical critics. They say that this book was written during the Maccabean rebellion in about 165 B.C. instead of 535 B.C. when Daniel was alive. These critics claim that this is not a prophecy concerning future history; rather it is already completed history that a forger made look like prophecy by putting Daniel’s name on it. It is supposed this would encourage Jews who were fighting for their lives during the Maccabean revolt. This is how liberal and many moderate pastors and theologians interpret Daniel. There are two things about the prophecy in chapter nine that refute this liberal position.

First, this prophecy predicts that the temple in Jerusalem is going to be destroyed. Let me ask you this, would such a prophecy encourage the Jews fighting for their lives? This is exactly what the Jews in the second century B.C. were fighting to keep from happening. Second, this same prophecy predicts that the Messiah is going to die. This was also unthinkable to the Jewish mind.

This is one of the most comprehensive yet concise prophecies to be found in the Bible. God sent Gabriel to explain to Daniel the future death of the Messiah and the later consummation of the world. In four verses all of human history is summed up, seventy sevens means 70 times 7 or 490 years.

In Daniel 9:25, “From the going forth of the command…to Messiah being cut off,” there will be 7 + 62 weeks = 69 = 483 years (360 day year). Nehemiah rebuilt the wall and city with the permission of the Persian King Artaxerxes. Thus from 444 B.C. to 33 A.D., we have exactly to the year when Jesus was crucified; “cut-off.” Sir Robert Anderson an investigator with Scotland Yard over a century ago wrote a classic book, “The Coming Prince.” In it he calculated by the use of astronomical calendars and charts that the day of the Messiah’s coming was April 6, A.D. 32.

Theologians throughout history have used this prophecy to prove the inspiration of God’s word. One of the greatest theologians in America, Jonathan Edwards wrote this:

“The Prophet Daniel is more particular in foretelling the time of Christ’s coming than ever any prophet had been before. He foretold, that it should be seventy weeks, i.e. seventy weeks of years, or seventy times seven years, which is four hundred and ninety years, from the decree to rebuild and restore the state of the Jews, till the Messiah should be crucified. This must be reckoned from the commission given to Ezra by Artaxerxes, whereby the very particular time of Christ’s crucifixion was pointed out, which never had been before.”

It is clear that Daniel’s Seventy Sevens is a sweeping prophecy that foretells the death of Jesus Christ and the coming tribulation period known as Daniel’s Seventieth Week. It is a prophecy that reveals the end of the world. When Jesus was asked how many times one should forgive a brother who wronged him . . . seven times? Jesus said, no, but, “seventy times seven,” a clear reference to Daniel chapter nine. In other words Jesus was saying, you must keep on forgiving your brother until the end of the world.

The apostle Paul went from city to city, to synagogues and he reasoned with them from the scripture. He no doubt showed them the prophecies of Daniel and the other prophets and explained how Christ fulfilled them all. That is why the church grew like it did. Only a closed-minded skeptic can deny Christ when faced with this kind of overwhelming proof.

What of our day? What of the future?

4 unique prophecies to our generation that point to the soon return of Christ:

All four of these prophecies are unique to this generation! No other generation in human history has experienced this. Jesus said, “When you see these things begin to come to pass, then look up for your redemption draws near.” So what should we do? How should we live knowing that Christ can return at any time?

About David: Rev. Dr. David Goza, senior pastor of Jefferson Baptist Church, Baton Rouge. Dr. David Goza was born in Midwest City, Oklahoma, March 29, 1972. He earned a Bachelor of Arts in Political Science from the University of Oklahoma, a Master of Divinity with emphasis in Biblical Languages from Southwestern Baptist Theological Seminary and a Doctor of Philosophy in Church History from Southwestern Baptist Theological Seminary.

1 thought on “Prophecies of Our Generation”