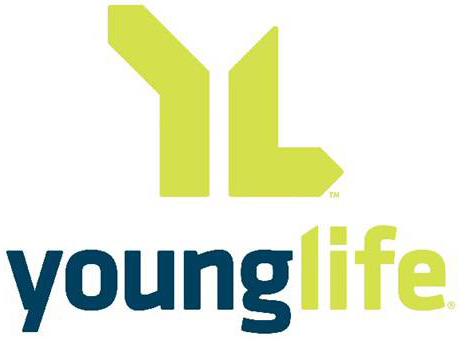 For young people, the first year or so of college is often filled with challenging transitions and a flurry of decisions about the future, both immediate and more distant. What’s your major? Have you chosen a concentration? Are you planning to ‘rush’? Maybe they’ve come from out-of-state and are wondering how they’ll fit in at a large state school or how they’ll make friends.

Many of those incoming students soon find themselves trying to get involved on campus and make connections, and that’s where Young Life is stepping in. Millennials are different, in a good way, and no one knows that better than other millennials. It’s often difficult to explain exactly who they are (if they’ve even figured that out yet), and the negative generalizations that have been projected on them by others certainly don’t help. But, collegiate Young Life leaders get it, especially those here at LSU.

Louie Bernard is a recent graduate of LSU and a member of Young Life LSU’s college mission staff. Bernard attended St. Thomas More High School in Baton Rouge, and said that’s where he first experienced what Young Life had to offer. “My junior year of high school I went to a camp called Woodleaf. I saw people alive in their faith like I really hadn’t seen before. I saw and heard the gospel talked about with love, this love that, while I knew a ton about God, I [realized] I didn’t know anything about that love,” Bernard said.
“Hearing about the love – I just wanted to come alive in my faith,” he continued. However, as it does for many, the transition into college provided a challenging environment for fostering his newfound faith. Bernard said he remembers and can identify with those trying moments many students face early on. “I was struggling with adjusting to freshman year of college, making mistakes. I felt like something wasn’t right with my faith, like I was just acting,” he said.

“I wanted to be a better version of myself,” Bernard said. So during the summer following his freshman year, he went to Lost Canyon, a Young Life camp in Arizona, and spent three weeks with 52 complete strangers. It was upon his return to LSU for his sophomore year that he realized what he had been missing all along was community.

“I wanted community really badly,” he said. But at the time, Young Life did not have a presence on LSU’s campus. He began seeking out ways to bring this same sense of community and belonging he had found in Arizona to campus, when he met Scott McClain, one of the Baton Rouge area Young Life leaders. Bernard said that McClain began pouring into him in ways no one had before, and most importantly, he showed Bernard what it meant to be loved.

“It was just authentic,” Bernard said. “It wasn’t about growing the ministry or the things that we were doing, it was just about the fact that he loved me and he chased after me, and in the midst of my struggles with college and not knowing how to live as a Christian and not knowing Christ as I wanted to, he just loved me unconditionally.”

Bernard was not alone in his longing for love and connection through community – in the first three years since its return to campus, the Young Life leadership team at LSU has grown exponentially, and they’re focused on bringing young people to Jesus through relationship building.

“I’m focused on building relationships with students on LSU’s campus. I’m aiming to reach people who don’t want anything to do with the church; who don’t know Jesus and don’t necessarily want to know Jesus,” Bernard said. He said that Young Life has a unique opportunity at LSU to reach parts of the campus that the church can’t reach because the reality is that there are parts of the student body that don’t want to be a part of the church for one reason or another — but they’re willing to be loved.

Bernard said that it’s important for Christians to realize that, especially with this generation, people just need to be loved. They need the voids in their lives to be filled with the love of Jesus, and love from the Christian community, or they’ll turn to anything and everything else to fill that void. The common denominator with young people really seems to be an innate desire for connection.

“A person longs to connect with their friends, so they’re going to seek out avenues(no matter the consequences) to do that,” Bernard said. They’re often fearful of being left behind – and we’re sitting on the sidelines blaming the person and the decisions they’re making, but failing to realize the root cause of these decisions is the deep need for connection and community – something many are starting to find through Young Life.

Young Life is also training kids who have been in similar situations (running from/not wanting anything to do with God/the church) to go out and form relationships with other kids who are in a place they once had been. Because the desire to be in the “in crowd” often dominates decision making, Young Life is trying to promote a similar culture of inclusion by showing students that they can be a part of something positive, and it just might give them what they’re looking for.

“Do you know that God loves you? Wouldn’t it be enough to have that and be a part of that?” Bernard said. “We’re offering them a chance to be loved, unconditionally.” He described the uniqueness of reaching millennials by saying that it’s similar to the story of the Prodigal Son – the father loved him enough to give him the freedom to make the mistakes he needed to make, and when he came back broken, the father loved him anyway.

“I’m no expert on the human heart, I just know mine is broken,” he said. “We live in an impulse driven world – we are used to having everything at our fingertips – why can’t fun, pain, etc., be solved with the same type of impulse? Everyone is looking for a quick fix, but what I think kids are starting to figure out is that it’s a little bit of a slippery slope.”

One thing he’s found that works is keeping it simple. “Christianity at its base is a lot like breathing; you breathe in and then you breathe out. Jesus didn’t ask us to go and change the world; what he asked us to do is to be one with Him and one with the Father, and when you do that, it’s as easy as breathing to go and change the world,” Bernard said.

“People need to be loved in order to love other people. [What’s most important is] letting people know that they’re called to unconditional love, and Jesus is enough,” he said. And Young Life does just that. They currently run six different ministries in the Baton Rouge area that encompass every age group from middle school to college, and they even have a ministry dedicated to loving and serving young people with intellectual and developmental disabilities, called Young Life Capernaum.

For those involved with Young Life, authenticity looks a lot like walking with others through their daily trials, the good, the bad and the ugly, and loving them through it all. Bernard commented that Oswald Chambers said it best, saying, “The beauty is, if you’re authentic, then what darkness and brokenness does is it draws us into the light.” Being authentic is just a sign that you’ve learned to understand that God loves you in your brokenness, and that your brokenness is not something to be ashamed of.

“The work we do is only our love for Jesus in action,” Mother Teresa said in her Fragrance Prayer. It’s about that relationship first and foremost — all other things will come when our actions toward others are based in our experience of being loved by Jesus.

For more information about how to get involved with Young Life at LSU or the various Baton Rouge area Young Life programs available, visit the website www.batonrouge.younglife.org and contact a member of the Young Life leadership team.