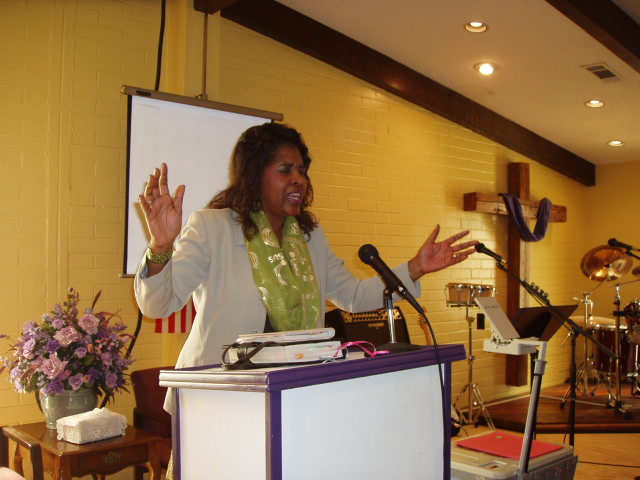 Pollie B. Johnson is all about creating unity … across racial, ethnic and gender lines … specifically in the church. As pastor of Resurrection Life Family Ministries, she shares the message that a relationship with Christ can transcend pain, heal relationships, close denominational divides, and strengthen the community.

She knows about healing and unity. Trained as a nurse and family counselor, Johnson’s life has been a never-ending gift of service, volunteerism, leadership, time, talent and philanthropy. She hosted a radio show in the 1990s for teenagers in crisis who called in to get advice and support. She led Bible studies as part of her work with a prison ministry. She counseled drug abusers and alcoholics trying to break free of their addictions.

“I realized the Lord was calling me,” she said. “He was saying, ‘That’s enough now. You know what to do. It’s time for you to go out and preach the Gospel.’”

So Johnson stopped trying to bargain with God about her purpose and in 2003, accepted her call to pastor. She moved from church to church trying to find her fit, a journey that led her to start Resurrection Life Family Ministries.

As the leader of her own church, she believes that unity starts with families. “In our church, families worship together,” she said. “Our community worships together. We don’t have to all go to the same church or have the same background. It’s our love for Christ that matters.”

One program that has helped bring people together is the Churches United initiative, which started as a 6-week women’s study group based on the Lifeway DVD “How to Hear the Voice of God.” The program, which includes a Bible study and brunch, expanded to include men as well, and discussions had a profound effect on the participants.

“People were saved,” Johnson said. “It was very powerful.” 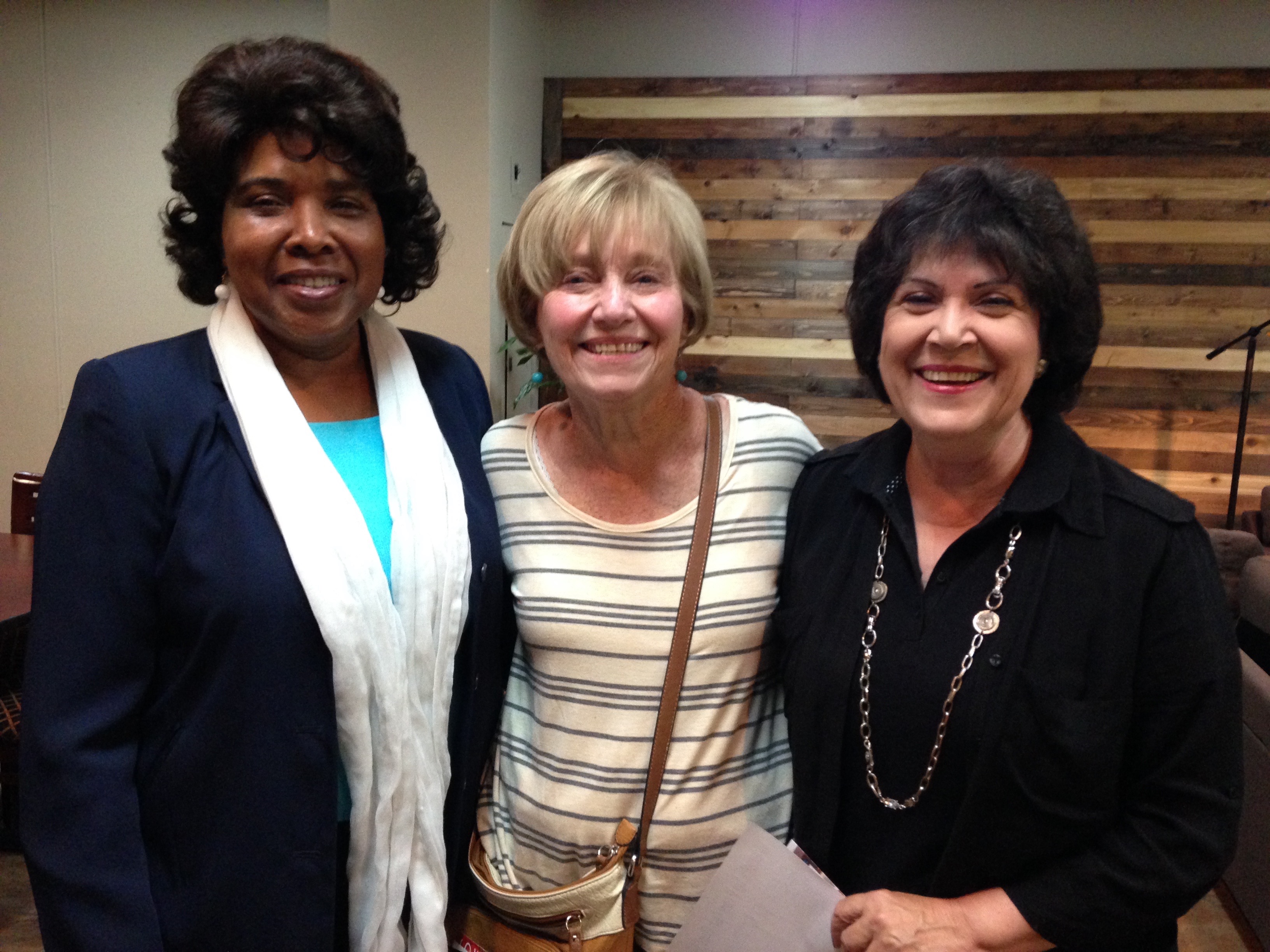 All adults and teens are invited to join the Churches United group, which holds monthly meetings at Resurrection Life Family Ministries, 722 N. Carrollton Avenue. The group is currently focusing on the film “The Grace Card” (see textbox), a Christian drama that demonstrates the opportunities we all have to heal wounds and rebuild relationships.

Johnson is a woman of achievement with degrees from Tuskegee University in Alabama and Louisiana State University here in Baton Rouge. She has earned a B.S. in nursing, and a M.A. in counseling. She specializes in couples, family and individual biblical counseling as a licensed marriage and family therapist. She has been married for 44 years to Samuel Johnson, a retired Air Force Major and Exxon engineer, who now leads Bible studies at their church. Together, they have raised three daughters.

“My vision for fostering unity is engaging Christians of every denomination, race, age and sex,” Johnson said. “It’s important that we come together and love one another. Jesus said, ‘All people will know we are real disciples as we love one another.’ This is the way to become one, as He prayed. I believe that when we unite, we are building the church without walls.” 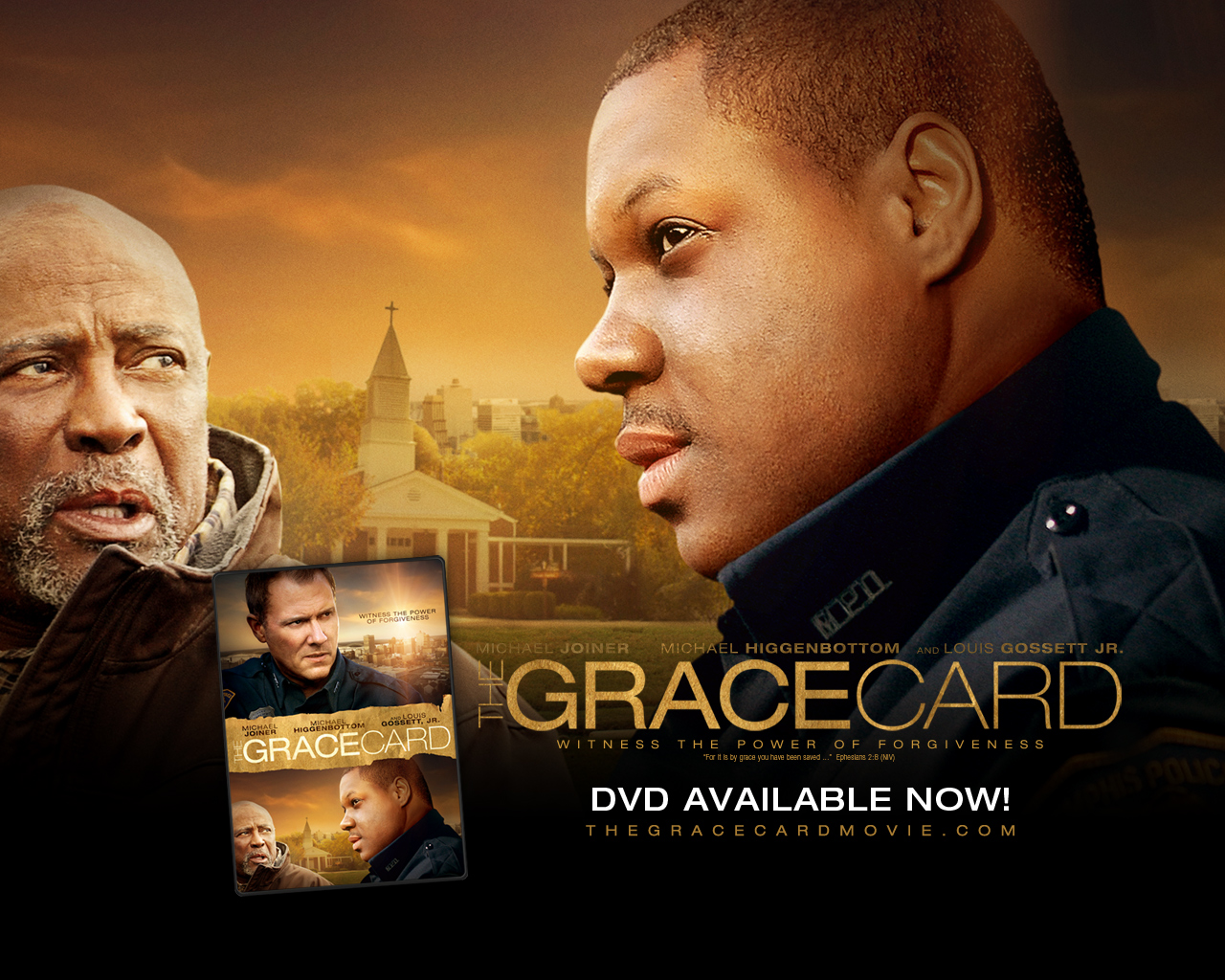 Released in 2011, “The Grace Card” stars Louis Gossett, Jr., Michael Higgenbottom and Michael Joiner. After Mac McDonald (Joiner) loses his young son in an accident, he is filled with bitterness and pain for the next 17 years. His anger at the world damages his relationships with family members, puts his marriage at risk, and destroys his faith. Mac’s rage also affects his work, and soon, his career as a police officer is threatened.

At one point, Mac is partnered with Sam Wright (Higgenbottom), a rising star on the police force who is also a part-time pastor and a family man. Sam feels called to be a minister like his grandfather, and only works as a police officer to help provide for his family. When he gets promoted to Sergeant, however, Sam starts to wonder if perhaps police work is his true calling.

Sam and Mac must join forces in order to do their jobs, but racial tensions between them and their own experiences make it seem nearly impossible. When a second family tragedy befalls Mac, it is Sam who teaches Mac about sacrifice, forgiveness, love and healing.