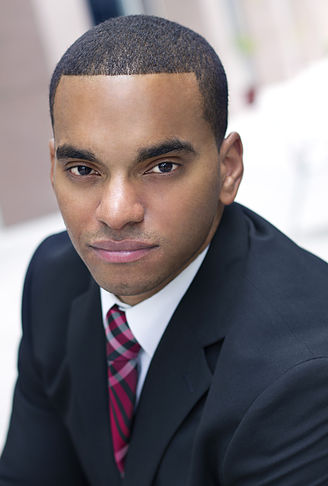 Darry Beckwith’s name first started gaining recognition during his high school sports career at Parkview Baptist School. The young athlete’s involvement with all things athletic sharpened his skills in the sports arena and propelled his future legacy on the football field. With guidance from parents Darry and Sandra Beckwith, the all-star athlete gained much success on the gridiron, and today he challenges the next generation to do what it takes to be successful.

As a youth, a part of Darry’s claim to fame was his humility. “When coach Guillot suggested making a demo reel, I was cautiously optimistic. I didn’t even consider myself to be that good. I played football because it’s what I loved doing,” Beckwith says.

Under the coaching of Kenny Guillot, Beckwith’s love for the game of football flourished. Upon completion of his senior year, he was offered a four-year scholarship to play football at Louisiana State University. “This was an exciting moment and now looking back also a funny story,” Beckwith says.

“Coach Saban presented the scholarship to me with my parents present, asking if I would like to accept. Although I was excited, I replied by saying, ‘Thank you coach Saban, I will consider the offer,” Beckwith says. “However, as I was speaking, I could feel a scornful look staring at me – it was my mother – who asked me, “What is it that you have to think about? He accepts,” she said to Saban.

Beckwith continued, “The room was silent, coach Saban then asked, ‘Well what are you going to do?’ I said, ‘I guess I accept.’ In short, your parents know what’s best for you, and they have your best interest at heart,” Beckwith concluded.

Beckwith was considered the state’s top linebacker and one of the top prospects in the south, rated the number nine outside linebacker in the nation by ESPN and was named to the New Orleans Times-Picayune’s Top 20 Blue-Chip list for Louisiana. He had a total of 140 tackles as a junior and earned honorable mention during Louisiana’s all-state awards. As a senior he had 135 tackles, including 20 tackles for a loss, and six sacks, en route to being named Class 3A Defensive MVP.

With the accolades piling up, the former tiger revealed how the pressure to succeed began to affect his character. “I figured since I made the decision to stay at school (LSU) my senior year, I’d make the most of it. Needless to say my senior year did not go as planned. Instead of starting, I was being substituted. I was angry and it led to a meltdown where I questioned the coach’s decision out of pride, and I shouldn’t have done that,” Beckwith says.

Following the incident, game day against North Texas presented Darry with another setback — he suffered a knee injury in the second quarter that ultimately resulted in missing two games that season.

After surgery and physical therapy to help align the injured knee, Beckwith entered the 2009 NFL Draft with speculations swarming about a first round pick. “With my injury I was told the latest that I would be picked up was the seventh round, and I was ok with that, but I wasn’t ok with not being called at all,” Beckwith says. He was told that due to his knee injury his name had been taken off the draft list. “I felt I had let my family down; I wanted to make the Beckwith name proud.”

As an undrafted free agent, Beckwith signed briefly with the San Diego Chargers and then the New Orleans Saints, but today he has shifted his focus to the countless local athletes looking to succeed on and off football field. 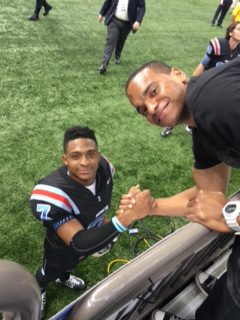 “The goal is to prepare young athletes for the game of life in order that they may succeed on the field,” he says. The Darry Beckwith Foundation targets athletes in Baton Rouge and the surrounding areas with the goal of increasing and maintaining a strong GPA and aims to help them become independent.

The foundation offers high-quality tutoring with an emphasis on ACT prep, language arts, math, social studies and science that is designed to help student athletes achieve college and career readiness. Internships and career training are also available. Athletic training takes place at Traction Sports Performance, which serves as a vehicle to assist athletes in reaching their greatest performance potential. “It provides a unique training system with proven results,” Beckwith says.

“After completing this program, my desire is that each participant would be prepared for the next phase of their lives – attributing the Darry Beckwith Foundation as having a profound effect on their future success,” Beckwith says.

PJ Cannon is a senior at Zachary High School who joined the foundation. Cannon is an outstanding athlete in both football and baseball, and he helped lead the ZHS football team to a state championship in 2015. “The Darry Beckwith Foundation has meant a lot to me. I think it has made me better mentally and physically throughout the past months. It has been a tremendous experience and I would not trade it for anything,” Cannon says.

“Be a part of something to help mold the next generation. Help them change the course of history with a positive impact,” Beckwith says. For more information on how to get involved, or to donate to the Darry Beckwith Foundation, visit the website dbeckfoundation.org.