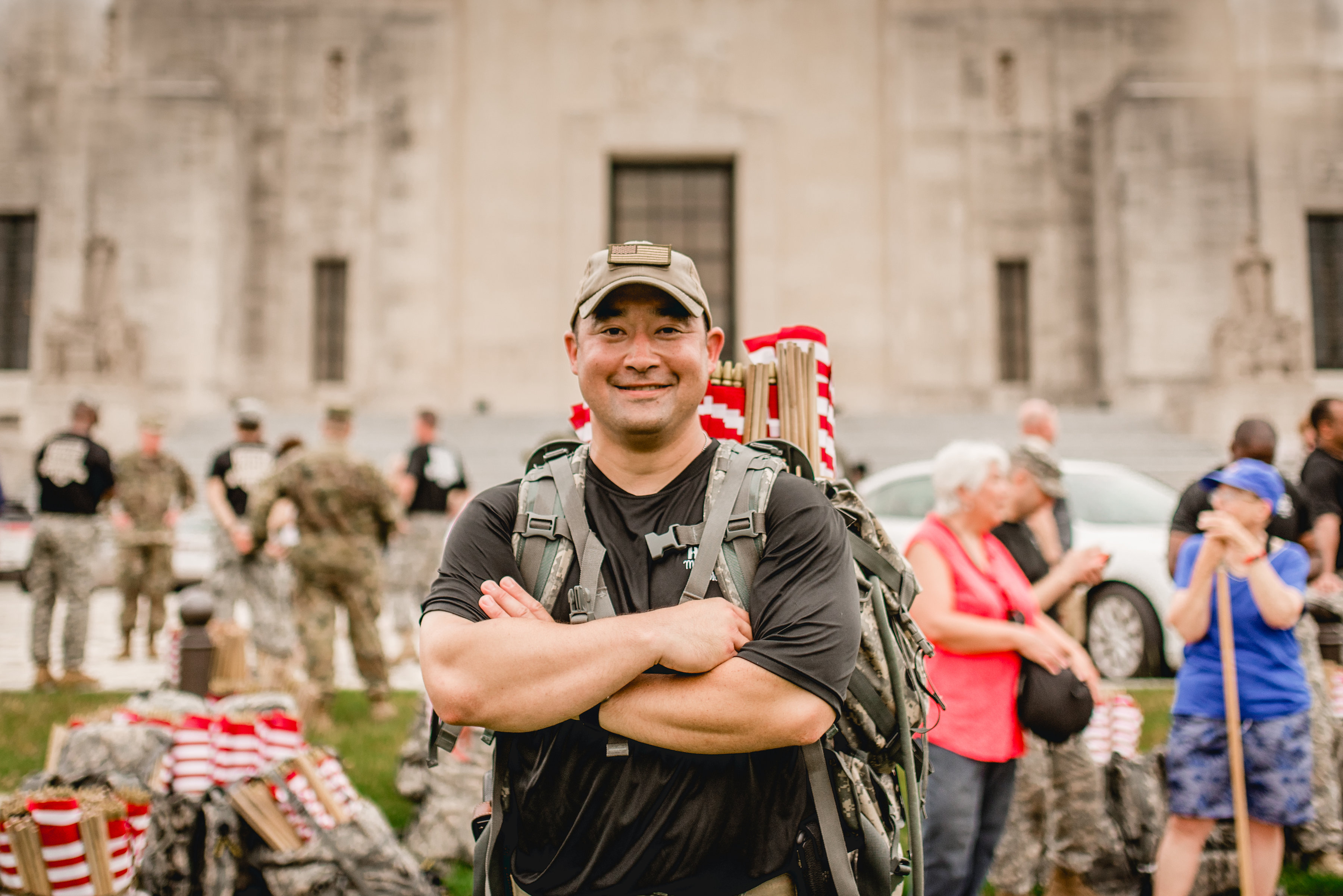 “Trust in the Lord with all your heart and lean not on your own understanding. In all your ways submit to him, and he will make your paths straight.” – Proverbs 3:5-6

Through military challenges and personal tragedies, these words have comforted and motivated Major William Saint for most of his life. As a man, a son, a husband, a father and a military leader, he is bolstered by his faith and can’t imagine life without it.

Saint is Commander of the 62nd Weapons of Mass Destruction Civil Support Team for the Louisiana National Guard. He leads a group of highly trained soldiers capable of responding to threats ranging from chemical leaks to natural disasters to terrorist attacks. His group often works behind the scenes, providing security for events such as the Super Bowl, Mardi Gras, the Final Four or Jazz Fest.

Saint is good at his job, and his leadership skills were recognized early in his military career, which began when he joined the Army National Guard at just 17 years old. Parental permission was no problem since his family boasts a long tradition of military service that dates back to the Civil War. A life in the military was encouraged, if not expected.

College was still part of his plan, and Saint decided to study engineering at Louisiana State University. But when 9/11 happened, everything changed. “I was distracted after that,” he said. “My focus shifted. I suddenly felt a huge pull toward the military, and I knew it was my true calling.” To graduate as quickly as possible, he changed his major to history and finished his studies through Excelsior College — all while also going through officer’s training.

In 2004, he was deployed to Iraq, serving as platoon leader to 27 soldiers. On his third day in Iraq, one of his closest friends was struck by an IED (improvised explosive device) and lost his left leg. It was a test of faith for Saint.

“It was so tragic,” he said. “But it was also my first real revelation. I had never felt a departure from God, but on that day, I was strongly drawn to God. I realized that you must have faith to carry you through times like this. I was in a leadership position, responsible for the welfare of my soldiers and their families. I had to put on a strong face and make sure my soldiers were confident in my abilities. They looked up to me, but who did I have to look up to? I needed someone to release all my fears and trepidations. I needed someone to give me strength. And that someone was God.”

When his deployment ended, Saint was grateful that although some of his troops had been wounded, no one had died. “Even now when some of us get together, we talk about that,” he said. “Something kept us safe. We’re reminded of the Book of Ephesians, chapter 6.”

“Put on the full armor of God so that when the day comes, you may be able to stand your ground … with the belt of truth buckled around your waist and the breastplate of righteousness in place. In addition to this, take up the shield of faith …”

In short, Saint believes his faith life and his military career are intertwined, one and the same. “The Army uses an acronym — LDERSHIP — which stands for these qualities … loyalty, duty, respect, selfless service, honor, integrity and personal courage. And when you think about it, those are all Christian qualities as well,” he said.

Saint’s foundation was always strong. His Korean mother converted to Christianity after she married Saint’s father and came to the U.S. Saint attended church regularly, even through his teenage years. But even a lifelong dedication to God doesn’t mean life will be easy or perfect.

“You go through a range of emotions,” Saint said. “I was heartbroken. It wasn’t fair. I wanted to know why God would take my son. Our pastor guided us after William’s passing and let us know that it was okay to be angry and upset. And I don’t put William’s death at the feet of God. I don’t believe God is up in Heaven holding puppet strings and making certain things happen (good or bad) to people. William died and I have to accept it, but I take comfort in the fact that my son is in the Kingdom of God now. He has already gained his reward.”

Saint adds that throughout their grieving, he and Katherine have felt Jesus’ peace through family, Christian friends, worship, music, prayer and reflection. “I often dread long drives because I know my thoughts and emotions will find their way back to me,” Saint said. “But in every instance, Jesus uses those long drives to minister a peace that surpasses all understanding. He truly is a comforter.”

Today, the Saints have four children — Madeleine, 8; Juliana, 6; David, 4; and Abigail, 3. Stationed in Carville, La., Saint is now in the third year of his assignment. Although he could retire in just a few years, he plans to have a long career in the military.

On Memorial Day weekend, Saint participated in several events, including a 6-mile road march from LSU to the State Capitol to deliver 11,000 U.S. flags to the Blue Star Mothers of Louisiana, Chapter 1, who were hosting their annual Memorial Day Garden of Flags. The flags were then planted by volunteers in memory of the 11,000 fallen Louisiana service members.

The march was an example of how Saint demonstrates the ideals he embraces. Respect. Service. Devotion to Duty. But most of all, he hopes to lead by example, living a life that inspires others, from family and friends to his brothers in the military. His desire is that his faith will be his legacy …