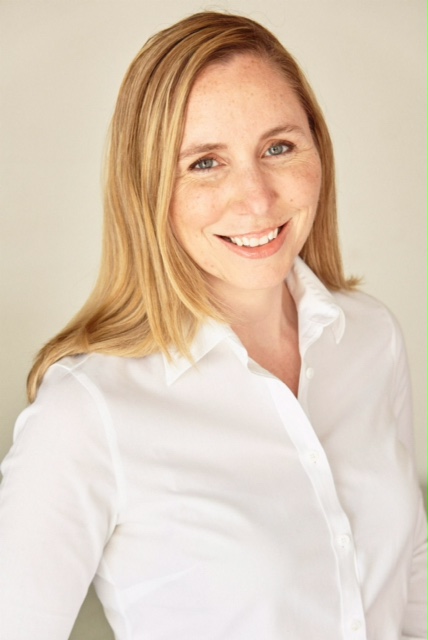 In the early morning, students pour into Woodlake Elementary School in Mandeville – a kaleidoscope of cultures, worldviews and life experiences. Moving to a common cadence, they begin to focus and embrace the day. Gathering the students for music in the morning is key: it creates community, wakes up the mind and fosters positive attitudes, according to Louisiana Teacher of the Year Kelly Stomps who said, “There’s something about the music.”

As Teacher of the Year, Stomps has traveled and played a role in structuring policy to promote music education, a passion that was nurtured through her early involvement in the church choir. “The music always calls you. Even as a young kid, you don’t understand all the words, but you feel the emotion of the music,” she said.

The lessons poured into her at an early age now resonate as character-building tools with a new, diverse generation, not only through the notes but through her passion for their well-being. Through their involvement with music, Stomps and her sisters learned important life lessons: the ability to see value in each person and the art of patient encouragement.

“I felt the music, and my parents encouraged me to be a part of the choir. We were always there on Sunday, so I was singing,” said Stomps, now a member of Our Lady of the Lake Catholic Church in Mandeville. At her childhood church in Fairhope, Ala., she was given the opportunity to be the cantor – once. “I got so nervous, I was sitting there shaking. It was bad,” she laughed. “I wasn’t ready for that step, but they still kept encouraging me.”

“Actually, I was the kid you would not expect to be a music educator. I had a lot of problems with my hearing when I was younger with ear infections that affected my speech and singing. But, I was drawn to music,” she said. “I wasn’t a kid who naturally sang on pitch; it was something that had to be developed. So in church choir, they built that matching-pitch ability and singing really helped me.”

“I see myself in my students a lot and it reminds me constantly – don’t just take what is. This is where the kid is now, but if they have that passion, they can go so much further. It’s just my job to help them find that passion in themselves,” Stomps said.

As Teacher of the Year, Stomps had the opportunity to take that message to Washington, D.C. through national policymaking meetings. She advised the State Board of Elementary and Secondary Education and compared notes with Louisiana first lady Donna Edwards, a former music educator. She sees a renewed emphasis on music in schools under the “Every Student Succeeds Act” signed into law by President Obama in December 2015, which includes new accountability for schools regarding music programs.

“It’s opening up grant funding so we can develop these music programs; there are a lot more options,” she said. [U.S.] Secretary of Education John King has talked about the benefits of music, so I see the tide turning. It’s been exciting to be a part of that.”

“You really need music in the early ages because it involves language development as much as the music. I really, truly believe that every kid should have music in their schools, especially at the young ages, just as they have P.E.,” she said.  “We have Special Ed, so I teach all of them. We think it’s something that every kid, no matter their background, can come in and feel successful doing. They need to feel successful at something.”

“I teach in the public schools, so you don’t openly talk about your faith, but it’s a part of me. It’s who I am and what I do, and I think the lessons from church definitely spill over to teaching things like forgive and forget,” Stomps said. “That’s so important as a teacher. Kids are going to make mistakes and they come in and think you’re angry. But I can say, ‘Let’s move on.’”

“As a music teacher, I teach students of every religion, and I do have students that cannot partake in certain holiday songs or patriotic songs. But no matter what I do there’s always development of respect for everybody with diverse backgrounds,” Stomps said. “I have the ultimate opportunity to be that role model and teach kids how to respect people.”

Stomps believes parents can also build confidence in kids through music. “Music was a part of my home life. And my parents say they’re not musical, but my mom would sing little ditties and things around the house. I was drawn to music.” After her positive experience with her own elementary music teacher, Cheryl Walls, in Birmingham, Ala., Stomps saw the value of music as a life tool.

“I want the kids to see how music is connected to everything. I love that, as a music teacher, I can be a bridge to the community,” she said. “I take these students out to the community to do performances for things like Relay for Life. We performed in the past for Veterans Day programs and a 9/11 program, so the kids see that they can serve through music. That’s one of my favorite things.”

Woodlake Elementary is located near the Dew Drop Jazz & Social Hall, which was originally established as a community aid organization, and is arguably the oldest jazz hall in the country. “Louis Armstrong played there. It’s really cool because on field trips the kids can sit and have the jazz musicians talk to them,” Stomps said. “I think it’s great for their community outreach.”

“I knew by the time I went to college I wanted to share music with others,” Stomps said. With three kids in college at the same time, she needed a scholarship. Her skill as a percussionist earned her a spot at LSU, her top choice. “I came to LSU for the music programs, and I stayed,” she said. Her career has included teaching violin and literature. “I love Louisiana. I love the fact that music is everywhere.”

She finds inspiration from Mother Teresa who said, “In this life we cannot do great things. We can only do small things with great love.”

“Nobody gets to see that Super Bowl – throwing the touchdown in your classroom – although you feel it all the time,” Stomps said. “You’re doing all these small things. But as Teacher of the Year, I had the opportunity to do great things with great love. I was sharing my passion and what I believe all students need.”