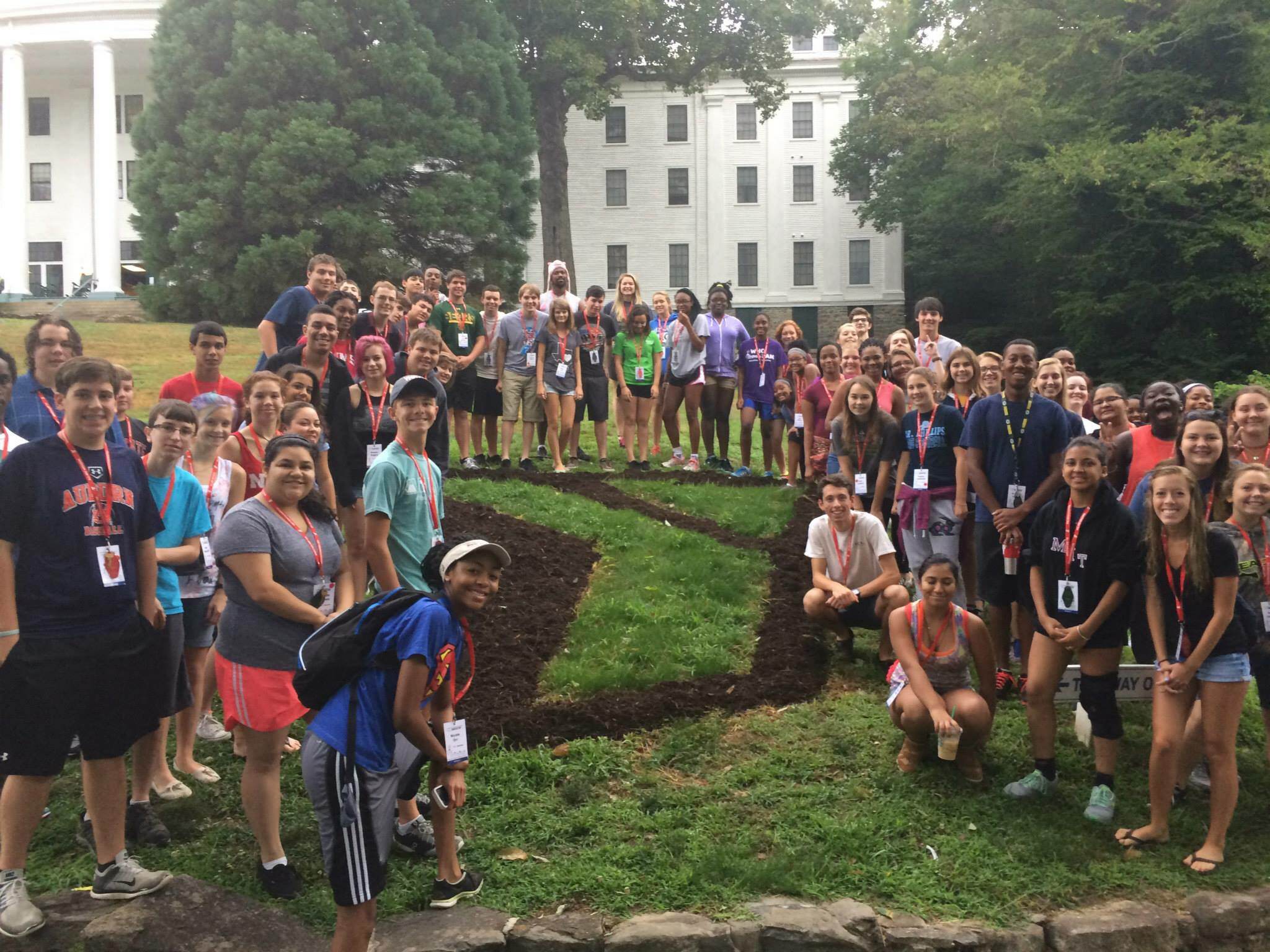 Overlooking the beautiful Blue Ridge Mountains in Black Mountain, N.C., campers and counselors alike are reminded of God’s handiwork while attending the YMCA’s Christian Values Conference. For one week each summer, students and counselors are welcomed into a diverse atmosphere, while learning Christian leadership and service in faith. The conference’s mission is inspired by John 17:21, “that they may all be one.” Teens spend five days exploring their personal values, sharing in spiritual fellowship and developing new friendships, all while having non-stop fun.

Days begin and end the same way, with a devotion attended by the entire camp that is led by talented singers. Throughout the week, “families” get together numerous times to hold discussions with an adult facilitator on issues such as relationships with family, friends and God. By providing a safe, positive, Christian environment, the conference strives to exemplify sound moral beliefs and emphasizes the importance of being an example to peers.

Three-time conference attendee Taylor Davis said, “My experience on the mountain attending the Christian Values Conference was without a doubt a huge part of what made me who I am today.” Davis enjoyed the conference so much that he talked his best friend, Brandon Lott, into attending the conference with him. Lott said, “The conference is absolutely life changing; it’s like nothing I’ve ever experienced before. It has given me the opportunity to meet and become friends with so many new people from all over the country. The bonds you create there are like no other.”

Each summer, the camp chooses a theme that is inspired by a meaningful and relevant Christian song. This summer’s theme was based on the song, “Voice of Truth” by Casting Crowns. Many fun events take place throughout the week, including Monday Night Madness, where campers dress up according to a predetermined theme. During this year’s Monday night celebration students were encouraged to dress based on the  theme “Down by the Sea.”

While much of the week is spent in family groups, teens also get to spend time hanging out and making new friends during social time. Campers can go hiking, swimming, do arts and crafts, or just relax and enjoy the beautiful view of the Blue Ridge Mountains. Several special events are also on the schedule, including a talent show, Family Feud, and of course, an occasional dance party.

“The Christian Values Conference is one of the greatest things anyone could be a part of. It makes you and everyone else around better people, draws you closer to God, builds your personal strength so you can have more confidence in life to achieve your goals, and builds life-long friendships with people around the country!” Davis said.

At the end of the week, the conference hosts a banquet and closing program, which brings everyone together to enjoy one last meal, and also recognizes the student leaders and adults. The Fire of Friendship closes out the week as everyone gathers around a bonfire to reflect on the time they have had together.

Regarding his third year attending the CVC, Davis said, “Instead of going into the conference confused and to be helped, I woke saying every day is the greatest day of my life and I smile everywhere I go and speak to as many people as I can. I discovered I had a unique ability with my words when it came to helping people, so after my second year on the mountain I knew that the reason I wanted to go back was to help people the way that I was helped. Since then, that passion I found has grown stronger and is the inspiration for the career I hope to build.”

For those who might be considering attending the CVC in 2017, Lott said, “If one fiber of your being feels interested in coming, you need to sign up and come. You’ll never regret it.”

If you are interested in attending next year’s conference, please contact Billie Babin at bbabin@ymcabr.org or by phone (225) 767-9622.