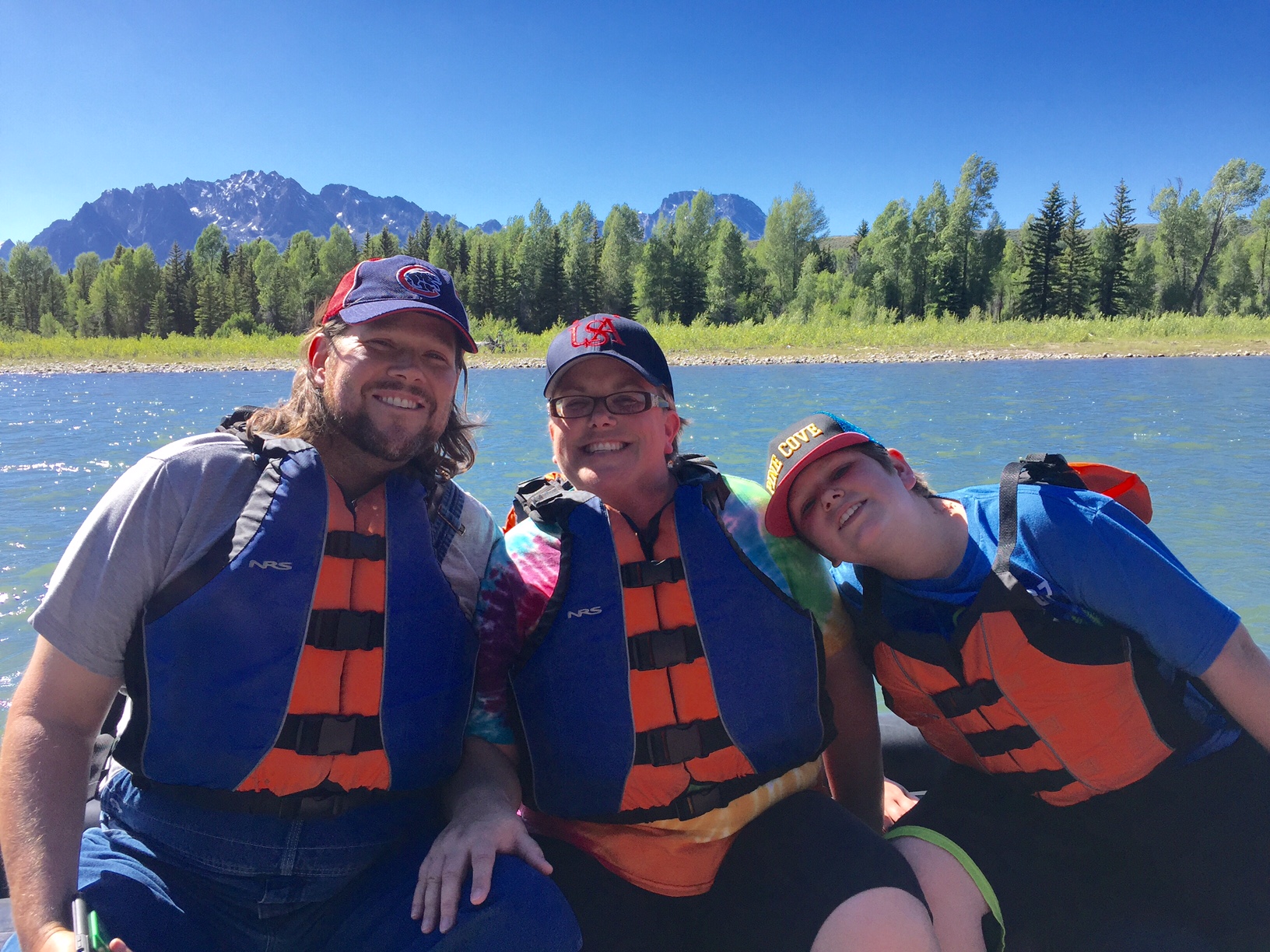 Roger Butner is a Licensed Marriage and Family Therapist who has been working with adults, teens and couples for many years. He says that he enjoys helping those who battle addiction – whether it be alcohol, drugs, sex, gambling, or any other type of addiction – because he understands what it’s like to struggle with addiction on a personal level.

In August 2007, Butner was in a dark place as he dealt with the stronghold that alcohol had placed on his life. While his wife Chemaine was out with a friend, he consumed more than he should have, and later found himself lying in bed when the Lord spoke to his spirit saying, “Son, if this is really how you want your life to be, then so be it, but I will lead you out of this pit if you take my hand.” Butner says this was not the Lord’s first attempt at reaching him, but something caused him to listen that night, and it was like the fog lifted and he was ready to change.

Butner says he was overwhelmed by God’s love and the realization that the Lord still showed up and wanted to change him and use him despite his addiction. Butner shares how he “faced the truth,” and how we must all face our own truths as we work toward reconciliation within our personal lives, homes and our community.

Q: What type of upbringing did you have and how has it shaped your life and career?

A: I was born in Little Rock, Ark., and lived there until second grade when my family decided to move out to the country to begin raising parakeets – my parents later became the largest producers of parakeets in North America. I was raised in the Church of Christ, and my family was the type that went to church any time the church doors were open. When we moved to Searcy, Ark., we joined a church with a much smaller congregation, where we were one of about a half a dozen other families that were considered the backbone of this small church.

I remember how my dad always had a Bible and Bible commentary on our table at home, and we had devotionals and Bible studies regularly. I was raised to “know the Bible,” and I am sure that is what led me to attend Harding University where I majored in psychology and minored in youth ministry.

While at Harding, I began seriously dating Chemaine (whom he met in Baton Rouge one spring break – she was there visiting her sister, and Butner just so happened to be in town). When I returned to Harding in the fall, I ran into Chemaine on campus. I sought her out, began a serious relationship with her, and after graduation we were married. We moved to Abilene, Texas where I pursued my doctorate in marriage and family therapy. I took a job working in Birmingham, Ala., for two years and later accepted a position in Tuscaloosa, Ala., where I worked for an additional two years.

However, my wife desired to be back home in Baton Rouge, and when a job opened up at South Baton Rouge Church of Christ, I took the position as their counselor on staff and family minister. I worked a lot at the student center near the LSU campus, and I realized that I loved working with teenagers and their families, but also felt something needed to change so I would not burn out. I ventured into private practice at the Baton Rouge Counseling Center at First Presbyterian Church, which later led me to open my own practice thanks to guidance from Murphy Toerner, who had Murphy Toerner and Associates for many years. 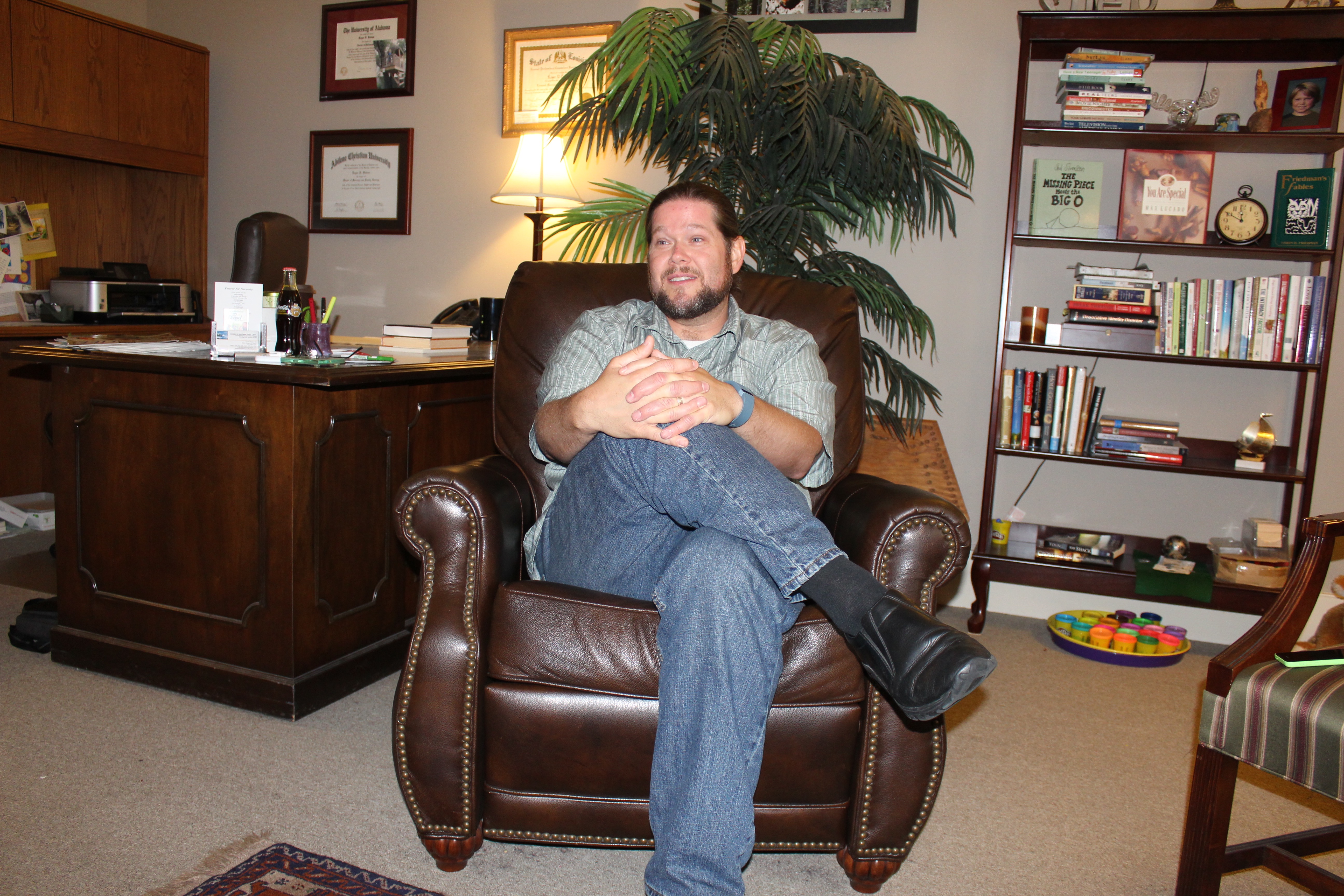 Q: When did your own alcohol addiction begin, and how do you help others with addiction?

A: Believe it or not, my first enjoyable taste of alcohol was at a Texas State Marriage and Family convention. About five of us went out to a sports bar for dinner, and I ordered a margarita and loved it. I thought beer and wine were unappealing, but that frozen margarita tasted great. My wife and I would drink wine occasionally, which I am sure was a factor, but when I tasted Black Jack bourbon, I loved its smoky flavored goodness and was hooked.

I did not think I had an addiction, but over time, things rose to the surface. I would get convicted, especially after a hangover, because here I was counseling others, but my life was full of shame. I was essentially a fraud, but it took me a while to get to the point of admitting it. I was talking to God and sincerely rededicating my life to Him and heard God’s voice again saying, “Roger, that is all great, but what about the drinking?” I told God we could talk about it later. Alcohol had become an idol in my life.

God’s word clearly states in the commandments to have no other God before him, but alcohol had become a stronghold in my life. During the incident in August of 2007, I wondered if I could go to hell over my addiction. I remember telling God, “Well send me to Hell with a bottle in my hand, I am not ready to give it up.” Yet, it was that evening that I had that powerful encounter with God who lifted me out of that yucky mire, and I got up and told my wife the truth about my addiction.

That evening, we bagged up all booze, crystal and wine racks in the house, and chunked it. A week later, I began meeting with friends on a regular basis to see how they stayed sober, and they have helped me stay on the path of sobriety. I believe I am a better counselor now after my experiences, because I am free without the shame of sharing my story. I can share with those battling addiction that there is hope, help, and he or she can overcome.

Q: What part of recovery did God help you with, and what part was your own hard work?

A: The story of Saul’s conversion on the road to Damascus – when the scales fell from his eyes – well that is me. The scales fell away, and I saw things in new ways like I had never seen before. I read books, prayed and stayed in a supportive group with those who had walked a path much like mine. I tell people, you have to jump in when becoming part of a support group and get over your pride.

I often share the story of Naaman in the 2 Kings, chapter 5. He had leprosy, and the prophet, Elisha, sent a messenger to say to him, “Go wash yourself seven times in the Jordan River and your flesh will be restored, and you will be cleansed.” The King of Israel asked Naaman, “Why go to that disgusting river?” Naaman’s servants went to him and said, “My father, if the prophet had told you to do some great thing, would you have not done it? How much more then, when he tells you, ‘Wash and be cleansed!’” So, Naaman went to the River Jordan and was healed.

Sometimes, when we are in a place of disgust, we may not feel like God hears us or that anything will work, but remember this encouraging story of Naaman. One has to be willing. Naaman was restored, and today, you can be restored.

Q: What are your thoughts on racial reconciliation?

A: Honesty is essential. We must be honest with our thoughts; with ourselves. We cannot pretend with each other when sharing our thoughts with those of a different ethnicity. Compassion is another quality we need more of in our society. It is important to take time to listen to others. Take time to think – “Where is this person coming from?” – without judging the individual before he or she finishes sharing. I love what the “Prayer of St. Francis,” says when dealing with reconciliation — seek first to understand, then to be understood.

Q: How should the Body of Christ deal with this racial divide?

A: Jesus has called us to go to those places that are uncomfortable for us. We need to go out of our way to welcome others wherever we may be, in church, at a barbecue, at a community gathering, at school, etc. We live in a diverse world. We need to become comfortable building relationships with others that are not exactly like us. There is a stranger danger fear in our society, but we must not let fear consume us. We can take practical approaches to get to know others from different cultures.

One practical way to do this could be by inviting someone new over for dinner. Connections happen when one is invited into another’s home. So, during the next gumbo gathering you have, invite some new neighbors over. We are about to enter football season, and the holidays are right around the corner, so make an effort to get to know others. Change starts in the home.

Dr. Roger D. Butner, Ph.D., LMFT is a Christian counselor for teens, parents and families. He is married to Chemaine and they have one son, Shepherd “Shep” who is entering seventh grade. They attend the Chapel on the Campus. His counseling practice is located at 17170 Perkins Road. For more information, call: (225) 753-4766 or visit his website, www.hopeforyourfamily.com.