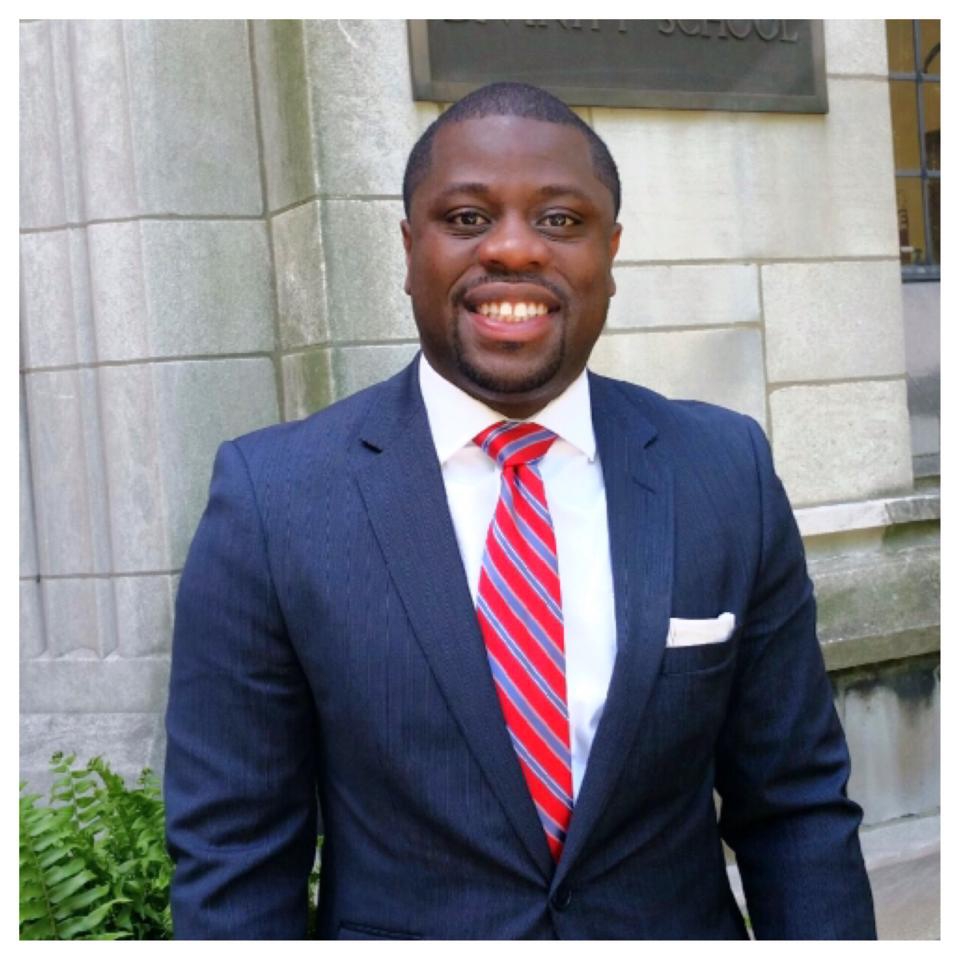 Editor’s note: This interview took place before the tragic killing of three law enforcement officers and wounding of three other officers in Baton Rouge. In light of these events, Rev. Zehyoue would like to add the following thoughts: “I would like to note that my condolences and prayers are with the families of the slain officers. I pray that our commitment to reconciliation and to peace continues to inspire us to move forward. I pray that the same compassion we have for the families of the slain officers can be shared for Alton Sterling’s family. I also pray that our commitment to each other motivates us to still justice in the case of Alton Sterling, and we don’t allow this tragedy to push us to ignore our neighbors and their continued cries for justice.”

Having experienced God’s miraculous intervention in his own family, Elijah Zehyoue is confident that the Spirit of God can bring together communities – and the nation – under the divine mandate to love justice, show mercy and walk humbly with our God (Micah 6:8). It will take prayer. It will take faith. But he’s seen God work.

Born in Liberia in 1989, the Rev. Zehyoue views his path to the United States as a series of divine interventions. His father, Anthony Sr., moved ahead of his young family to Baton Rouge to pursue a doctorate in chemistry at LSU. In the meantime, civil war broke out in Liberia, dislodging families and making travel virtually impossible. He lost contact with his wife and children for a year. His mother, a devout Catholic, caught the eye of a priest who was impressed by her devotion to prayer. The priest happened to be sent out of the country to New Orleans on furlough. Soon, he was sitting in her husband’s living room assuring him the family was safe and well.

From one side of the world to the other, the family was reunited. With the help of the church, they moved to Baton Rouge when Elijah was 2 years old. He graduated from Catholic High School and also found spiritual nourishment at University Baptist Church where his experience blossomed into a call to the ministry.

Now, after serving churches in Chicago and Washington D.C., Rev. Zehyoue works for reconciliation through the New Baptist Covenant, an organization founded by President Jimmy Carter in 2008 to work on historic racial and theological divides among Baptists.

Rev. Zehyoue returned home to Baton Rouge after the shooting of Alton Sterling in the hope of helping the family of faith see into the souls of its neighbors. He believes the church is uniquely positioned to lead communities to true reconciliation.

“We have the resources for hard conversations that say we can hang up our privilege and consider ourselves in the shoes of somebody else,” Rev. Zehyoue said. He believes it’s all about relationships. After all, there is one Body of Christ. We are family. And families love and support each other.

So, what would Jesus do? Rev. Zehyoue said Jesus calls his people to work for reconciliation in several practical ways. They include:

“When my wife and I were dating, she would say, ‘I don’t feel like you’re listening to me,’” he explained. “And I wasn’t really hearing because I would either glance over at my phone or think about how I would respond to her. And the times when I’m listening is when I [realize], wow, I really did hurt you.”

“We can offer responses later,” he said. But to really understand, there is importance in “first letting it linger, letting it sink in a little bit – wow, our neighbors feel this way.”

Provide a ministry of presence. “It would be really powerful if evangelical pastors were to go out on the corner of Fairfield and North Foster,” Rev. Zehyoue said. “Offering to say, ‘we’re willing to pray for you.’” He also recommends deliberately setting aside time to talk about your own work in the community with others. Through the New Baptist Covenant, the pastors of two racially different churches in Macon, Ga., discovered that they held Easter egg hunts a week apart on the same plot of land. The resulting joint Easter egg hunt led to combined youth trips, and an eye-opening conversation about the fears black parents have for their children.

Create an environment for crisis conversations. As a youth minister in Chicago, Rev. Zehyoue opened the church to teenagers stunned by the random shooting death of 15-year-old Hadiya Pendleton, a high school majorette from King College Prep School, and one of the performers at President Obama’s inauguration. Many of the youth at University Church (Disciples of Christ/United Church of Christ) were friends of the victim.

Rev. Zehyoue provided microphones, joined in their impromptu rap contest and, most importantly, made himself available to listen. He told them, “‘I’m going to be a big brother for you because I know you don’t have a lot of other spaces where you can just be kids.’ I think that was a start for us.” The effort began an enduring conversation about issues such as bullying.

Explore our motivations. Why do people want to tell the stories of those whose lives have ended violently? “Even as a pastor, it’s really hard for me,” Rev. Zehyoue said. “But I tell the stories because I believe that it doesn’t have to happen again if only we tell enough people and we, together, are moved to compassion.”

Examine where you stand in relation to your neighbors. “As neighbors we advocate for justice for our brothers and sisters, particularly those on the margins and those who are the most vulnerable right now,” he said. “The work of peace has to be the priority of the church but to get there via justice. ‘Blessed are the peacemakers: for they shall be called children of God,’” (Matthew 5:9). Again, relationships are key. Rev. Zehyoue advocates deep reconciliation through a national conversation between poor Black communities and law enforcement, including efforts to “evaluate the probably very legitimate fear that they feel going into certain communities.”

Recognize that reconciliation takes time: commit to the long haul. “It’s too often viewed as something that happens immediately, as opposed to taking work and effort,” he said. “I get so much inspiration and encouragement from Scripture that shows us relationships are powerful. Scripture tells us that you will know the truth and the truth will set you free. I think truth is a first step to reconciliation. I think doing something sacred with the truth is a second step. Justice can be to say that we will repent for our sins, we will apologize for our sins, we will work so that you feel I’m not sinning against you anymore,” he said. “Reconciliation is being reconnected back to God and being connected back to each other.”

“I think we’re living in a big moment,” Rev. Zehyoue said. He believes the self-examination and actions that result from these crises will have a lasting impact on the Christian church. “The church asks itself so many questions about its future, about its budgets, about its ability to speak to society, about why not as many young people want to participate, about its relationship to culture. I think all of those questions will either be answered or will become less significant to us if we respond in a big way as neighbors.”

Rev. Elijah Zehyoue served as associate pastor at Calvary Baptist Church in Washington, D.C. before becoming Director of Programs and Communications for the New Baptist Covenant. Rev. Zehyoue makes it clear that these are his thoughts, not necessarily those of his church or the organization for which he works.