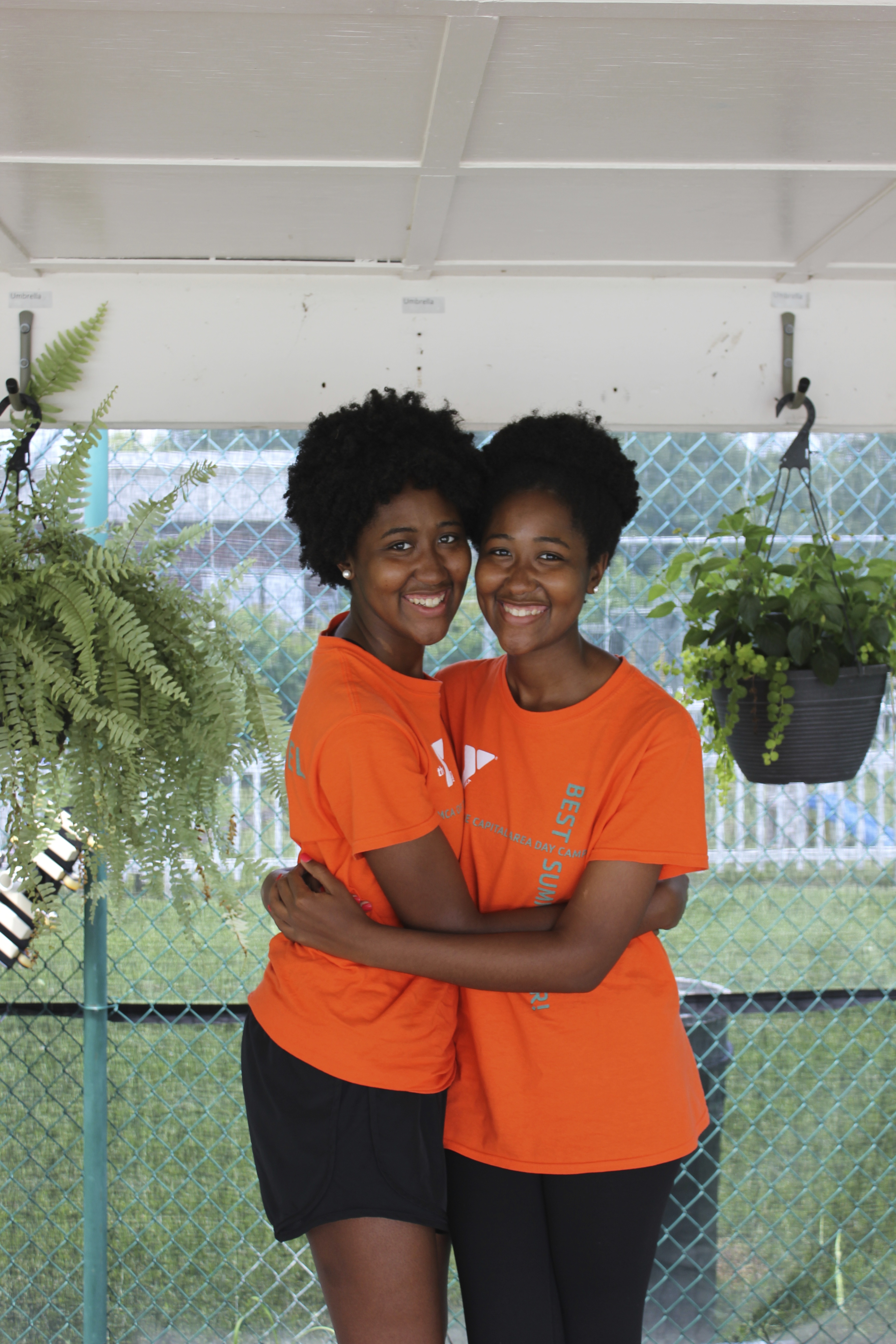 Twin sisters Kourtney and Kayley Williams are self-proclaimed “kids at heart.” That’s why landing summer jobs as YMCA camp counselors was the perfect fit. The Y prefers to call its counselors role models, a title that fits Kourtney and Kayley well. Both sisters said it is important for role models to be respectful and understanding of the campers. “I try to be myself and encourage the kids to the same,” said Kourtney. At such a young age, kids are very impressionable. “The kids look up to us and almost always want to copy what we do. That’s why it’s important to be good examples, good role models,” Kayley said.

Although they were interviewed separately, when each sister was asked who her role model was, she immediately named her mother. Kourtney and Kayley’s mother is their symbol of strength and perseverance. She became pregnant at the young age of 20, but never let it slow her down. After giving birth to two beautiful baby girls, their mother returned to school to finish her nursing degree. As college students themselves, Kourtney and Kayley said they admire their mothers’ hard work, determination and unconditional love.

Both twins attend Southeastern Louisiana University and are on track to graduate soon. Kourtney is a mass communication major and hopes to one day be a television reporter. Kayley is an early childhood education major with dreams of becoming a teacher following graduation. She says working with the children at the Y has been great practice. “She’ll be a great mom, too!” chimed in Brieya, a camper in Kayley’s group.

This is the sisters’ second year serving as role models at the Y. The girls are identical twins and joked saying that both years, the adults have had more difficulty telling them apart than the campers. “They’re very attentive; they usually can tell us apart by our nail color or book sacks,” said Kourtney. Even though they are in charge of different groups, (Kourtney has boys ages 4 and 5, while Kayley has girls ages 6 and 7) the sisters enjoy working together and love to exchange stories at the end of the day.

“I want to do my best to give the kids a memorable summer,” said Kayley. “It’s important to me that they have as much fun as possible.” The twins said they both enjoy regular camp activities like swimming and field trips, but their absolute favorite is a game called “Drip Drip Drop,” a spin on Duck Duck Goose, reserved for Fun Fridays. Instead of patting each other on the head, the campers take turns dripping water on one another, but the “goose” gets a real cool down when the whole cup of water is dumped on him or her. “The kids look forward to it all week, and so do we,” exclaimed Kourtney.

Even when they’re not at work, Kourtney and Kayley like to hang out with their co-workers, or as they affectionately call it, “the Y fam,” and every Wednesday, the twins spend time with their real family, too. “We all go to our great-grandmother’s house, and she cooks for all of her grandchildren and great grandchildren. It’s great quality time together.” Like many other college girls, they also enjoy watching TV shows like Grey’s Anatomy and Gossip Girl on Netflix during their down time.

The YMCA’s Christian Principles are defined as love, respect, honesty, responsibility and service, something the twins were drawn to when initially looking for summer jobs. “We want to be the best role models we can be, so that the kids will be the best they can be.”