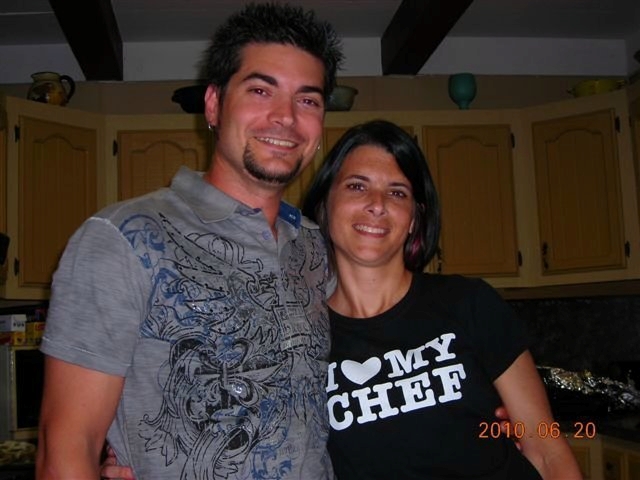 You probably won’t have much luck finding a parking spot at City Pork Brasserie on Jefferson Highway — and you can blame Ryan André for that.

He’s the executive chef at the bustling restaurant, and his unique creations have garnered lots of attention and guaranteed a large and loyal customer base for City Pork. In fact, the restaurant is so successful, owners are preparing to open a third location. So what is André’s key to success? It could be that he incorporates international cooking styles with interesting ingredients that you don’t see very often, usually beginning with classic southern dishes and then adding unexpected touches.

Originally from Gonzales, his parents were both great cooks, André says. He took an interest in cooking at a very young age, often helping conduct taste tests for his mother as she cooked sauces and gravies in the family kitchen. When he entered college, he wasn’t sure what his major would be, but he assumed he would end up working at a chemical plant. To help pay for school, he took a job at J. Alexander’s restaurant. Six months later, he dropped out of college, absolutely certain that he’d found his passion — cooking.

Cooking lessons
He eventually graduated from the Louisiana Culinary Institute and worked for several local restaurants, including Stroube’s, Le Creole and Capital City Grill. His most valuable experience, however, came from his time at Commander’s Palace, internationally recognized as one of New Orleans’ finest dining spots.

“I really learned a lot at Commander’s,” he said. “And not just about cooking. I learned about discipline, attention to detail, creativity, the importance of patience, and the qualities of a good manager.”

All of those lessons have come in handy in his current role at City Pork, a job that keeps André busy from dusk to dawn. He could probably be just as successful in a bigger market (Chicago, San Francisco, New York) if he were willing to move, but he’s not. André is surprisingly down-to-earth, happy to remain close to his Louisiana roots, and proud of his Christian faith.

Finding a purpose
Yes, that’s another unexpected element in André’s bio. The handsome young tattooed chef is a family man who credits his wife Keely with helping him find meaning and purpose in his life. Married for 10 years, the couple has two children, Reagan and Kael.

“I had a lot of ups and downs in my life before I met Keely,” André said. “The restaurant industry is tough. You work long hours under a lot of stress. There’s a lot of alcoholism and drug abuse. Keely is my rock. She brought me into the church and it changed my life. I know I can get through tough times now. My faith keeps me focused.”

A Test of Faith
His faith was tested in August when he joined the thousands of people in the Baton Rouge area whose homes were damaged by the city’s historic Thousand Year Flood. His home took on six inches of water and claimed most of the family’s furniture and belongings, and one of their cars. “At 10 a.m. that Saturday morning, there were a few puddles in my yard,” he said. “By noon, we were packing our suitcases and whatever we could salvage. We ended up at a shelter and glory to God, a friend of ours saw us and gave us a place to stay for a few days.”

“From the bottom of my heart, I want to thank Eric and Jessica Weaver for their help. I want to thank my in-laws, my family and some of the guys that work with me at the restaurant. They were all such a blessing.”

Serving others
While André was working on his home, his colleagues at both City Pork locations were volunteering their time and efforts to help others in need. The restaurant served more than 5,000 meals to flood victims, and took up donations of toiletries and paper goods for families that had been displaced. André says he’s proud of the way the staff pulled together to bring comfort to people in a time of desperation and sadness.

“The flood was an overwhelming hardship … but we remain optimistic knowing that God is good and that we can get through anything as long as we keep trusting in him,” André said. “I pray for everyone who went through this — that they stay strong and encouraged that God is here beside us always.”