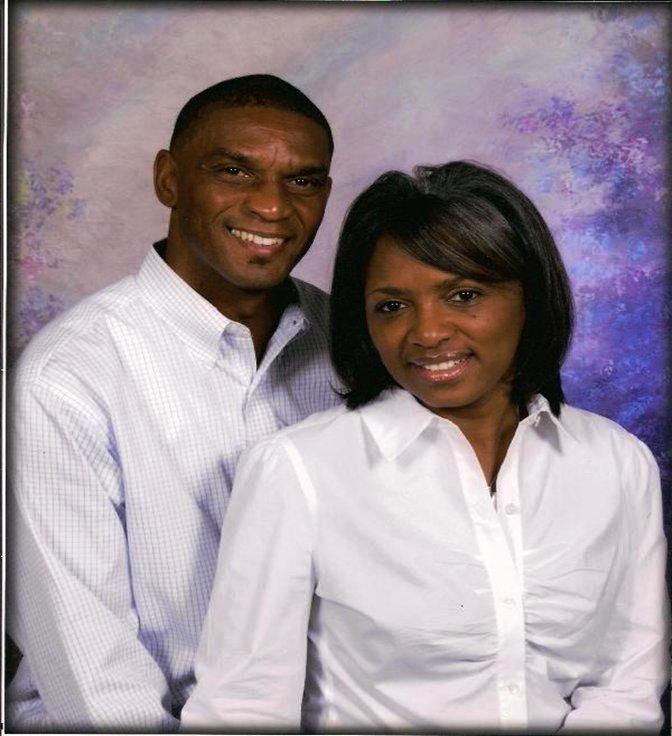 Fifteen years ago, Albert and Adraine White were at a crossroads in their lives. They were involved in a church going through major changes, and their future was uncertain. They decided to attend a T.D. Jakes conference in Dallas, which had attracted a crowd of about 10,000 people.

“As I sat there, I heard a voice tell me to go up to the altar,” said Apostle Albert White. “I tried to ignore it, but it kept happening. I even whispered to my wife, ‘I know this is God … you’ve got to go up there with me.’ But she said no. I finally told God, ‘Either release me from hearing this voice or release my wife, because I’m not going up there alone.’ And my wife finally agreed.”

In the middle of Bishop Jakes’ introduction, the Whites arose and approached the altar with their heads down. As they clung to the altar, Bishop Jakes stopped mid-sentence and informed the congregation that the Lord had changed his message. The message had real significance for the Whites, who realized at that moment that God was moving them from their past ministry and mentors to start their own church. When they lifted their heads, they saw hundreds of other audience members had followed them to the altar.

Abounding Love Ministries (ALM) opened its doors in 2001 with about 20 members. Since its inception, it has become a landmark of the community and has grown to serve and impact the lives of thousands of men, women and children, both locally and worldwide. Today, members of ALM gather each week to worship and to live out the church’s mission — building up the people of God in every area of their lives, so they may abound in love and every good work toward others.

Rebuilding has been a focus of the church, following the August flooding, which caused serious damage to the ALM campus. Apostle Albert reminds the congregation that they are the church and their work must continue, as they rebuild with the help of neighbors, friends and their sister church, First Presbyterian Church of Baton Rouge.

Building the community one person at a time
Abounding Love boasts a long list of community programs and events, including the S.T.A.R.S. program and the Running Reverend Race.

S.T.A.R.S., or Students That Are Reaching Success, allows the church to directly affect the youth of the community by hosting summer camps, after-school tutoring and other special events geared to build and empower children ranging from kindergarten through high school. It also helps parents by offering them resources to support the growth and success of their children.  The program recently celebrated its 10th anniversary.

Among the alumni are students who went on to study business, education and medicine at schools such as University of Louisiana – Lafayette, Xavier University in New Orleans, and Oral Roberts University in Oklahoma. Over the years, S.T.A.R.S. has partnered with local groups such as BREC, the EBRP school system, the YMCA and others to encourage children to follow their dreams, work hard and trust God.

“We help students by providing education, enrichment, recreation and spirituality,” Apostle Albert said. “By helping one child at a time, we can really make a difference.”

Another ALM event that has made a profound impact on the community is The Running Reverend program, which serves as a fundraiser for S.T.A.R.S. What started as a one-person event, meant to strengthen Apostle Albert’s physical and spiritual health, attracted the attention of community leaders who noted his passion, joy and enthusiasm. The Running Reverend race is now an annual downtown event that includes a 5K run and a one-mile walk. “My goal is to see every church in America with a ‘running reverend.’ That’s how important physical fitness is to our overall good health,” he said.

Building the community through relationships

One of the couple’s deepest commitments is to improving race relations within the community. ALM has partnered with First Presbyterian Church of Baton Rouge and Pastor Gerrit Dawson to bring black and white families together through a special program called 50 on 50.

“It’s really simple,” said Pastor Adraine. “We match 50 white families with 50 African American families, and instead of just attending church together, we want to really do life together. It’s a way to build friendships and get to know each other as people. We may start by meeting at a coffee shop or restaurant, but eventually, we will do things together in each other’s homes and with our families.”

In his October newsletter, Dawson mentioned the five-week period in which the congregation of Abounding Love attended services at First Presbyterian because their own building was damaged. He described it as a time when energy and love were palpable. “For the first time in 190 years, a black woman preached the Word strongly from our pulpit,” he wrote. “For the first time I know of, an African American pastor broke the bread and poured the wine before we partook together in communion. I believe these relationships are a Spirit ‘foothold’ for the churches of Baton Rouge to cling together when racial tensions threaten the shalom of our city.”

“Another way to look at it,” Dawson says, “is to put a face to the race. Instead of looking at someone and immediately seeing their ‘race,’ we should focus on their ‘face,’ the person, the individual.”

Apostle Albert agrees. “If we can break the back of racism in our community, we can do it on a global level, too,” he said.

Building a global community
Abounding Love is involved with worldwide missions through a local ministerial fellowship, M.O.V.E., and a global church planting ministry, Victory Churches International. Through the years, the Whites and members of ALM have traveled extensively throughout Africa and India. Mirroring their work here in the United States, they have volunteered their time and efforts with schools, safe houses, orphans, the homeless and other groups.

In Egypt, Abounding Love joins with First Presbyterian in a summer sports camp program for hundreds of children, allowing them to participate in sporting events and character training. “There are many great things that we can make happen right here in our own city,” said Apostle Albert. “And if we can do those things here, we can do them throughout the world.”

Abounding Love Ministries is located at 7076 Hooper Road in Baton Rouge. For more information, visit the website at aboundinginhim.org, or call (225) 356-4441