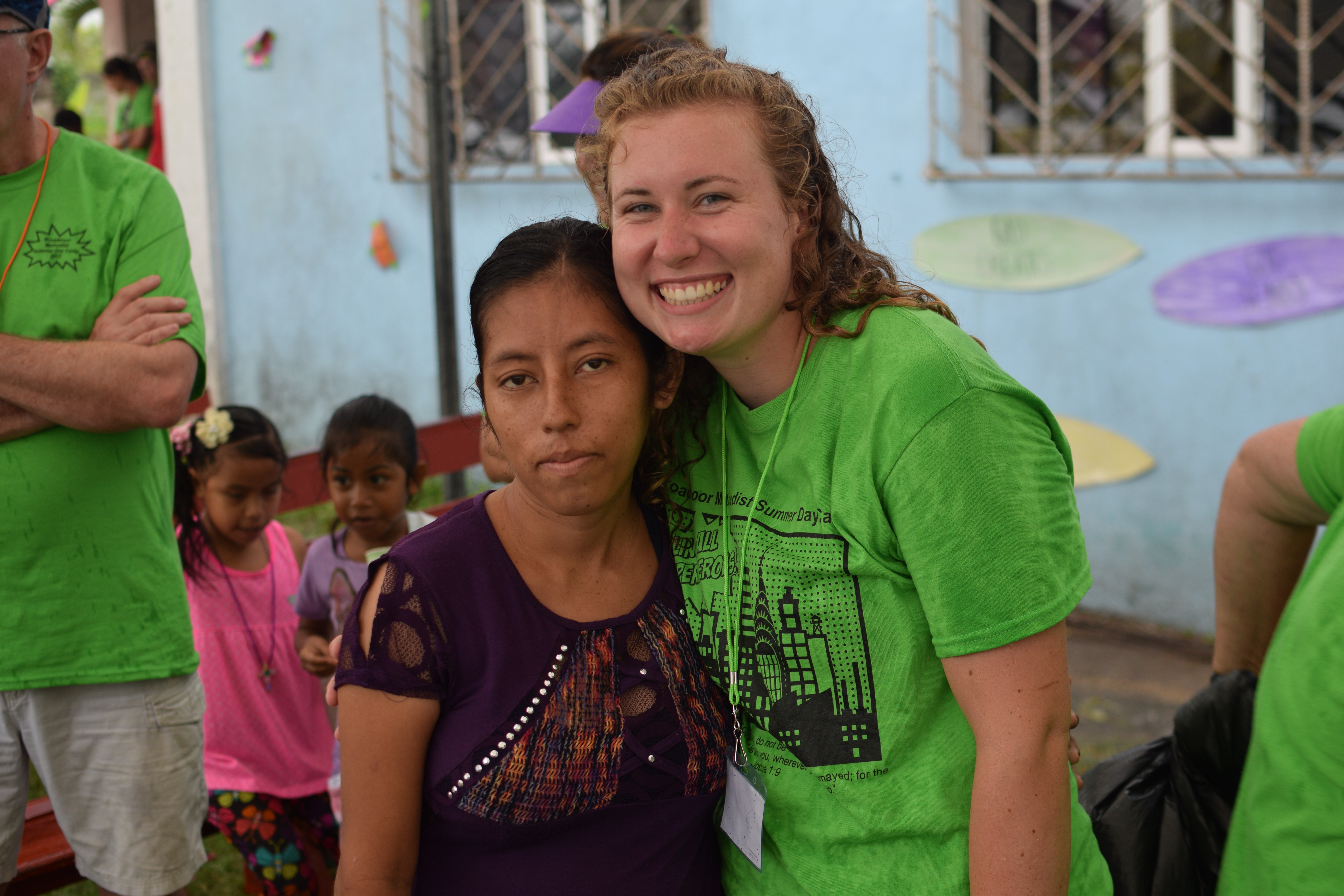 The world in which we live is so strongly dictated by visual media that the line separating truth and perception is easily blurred. We see, read, and hear about international disputes, global poverty and worldwide persecution. Yet, because of the constant stream of information surging across our news feeds, we often become desensitized to major issues. By absorbing information almost exclusively through the glow of an electronic screen, it is hard to feel and truly comprehend the difference between the global refugee crisis and an episode of “The Unbreakable Kimmy Schmidt.”

Millennials are better able to positively impact life on Earth than any preceding generation. We are savvy, empathetic and easily engaged. But, it can be difficult to figure out where to start making a difference. That being said, when all the distractions are cleared away, the answer is simple: having a global impact is as easy as being conscious of the bigger picture.

Gabrielle May is a millennial who spends a great deal of time thinking about her place in the broader universal scheme. She has dedicated herself to domestic and international missions, and in the process, discovered the beauty in taking time to give back to her fellow man.

She is the daughter of a kindergarten teacher and an engineer, born and raised in Baton Rouge. May has spent the last four years studying animal science at LSU and Louisiana Tech, and she will graduate from the latter at the end of this term. She works as a swim instructor when she’s not in class and tries to make time for her friends whenever possible. May seems like a typical millennial, but beneath the façade of her personal achievements stirs the spirit of a woman genuinely concerned with bettering the global good.

May first became involved with mission work in middle school, through her youth group at Broadmoor United Methodist. They participated in annual goodwill service projects around the United States. After a few trips, May developed a genuine enthusiasm for helping families in need. “I really loved serving others,” she said.

However, mission opportunities began to dwindle once May entered college. So, after healthy doses of introspection and prayer, she decided to spearhead an expedition designed to engage millennials in international aid. “I looked into some stuff, talked to a few of my church friends and my parents, and I decided to lead a mission trip to Belize,” she said.

Belize is a small county perched between Mexico and Guatemala on the western rim of the Caribbean Sea. It was a British territory until 1981, and since its independence, has experienced relatively slow economic growth. In fact, according to borgenproject.org, 41 percent of Belize’s population remains impoverished.

For two consecutive years, May has led groups into the country’s tropical interior. The objective behind her yearly trip is to meet some of the Belizean people’s most basic needs while simultaneously spreading the Gospel. And, based on the overwhelming expressions of local gratitude, her team’s work has had an encouraging impact on the lives of the poor.

Belize is a popular vacation destination for many Americans. It is known for its network of coral reefs, interwoven mangrove forests and glittering seascapes. However, May’s mission team worked primarily with inland indigenous peoples, many of whom are Yucatec Maya and Belizean Mestizos.

May’s outreach gives millennials a chance to serve outside the United States and provides them with a better understanding of the life-altering power of Christian goodwill. Twelve people joined her the first year she led the expedition, and this past summer, the number of volunteers swelled by 25 percent. “Most were aged eighteen to twenty-five, and two or three older adults also came,” she said.

In the beginning, the trip was a new experience for May, who up to that point, had primarily served as a missionary in the United States. It was also her first time leading a trip by herself. “I didn’t really know what to expect,” May said. But, despite some trepidation, she moved forward with her planning.

The villagers – from the area where May volunteered – live primitively by developed standards, and they are afforded few prospects for economic mobility. She and her team split their time between providing charitable aid and catering to people’s spiritual needs. “We did VBS in the mornings, and in the afternoons, we were able to hang out with the kids and do food deliveries,” she said.

In between Bible studies and distributing supplies, they built bunk beds for the village children. May also taught a group of local youth how to swim after hearing about an increase in drownings – she wanted to leave the people a little more comfortable and better prepared than when she arrived.

May is primarily drawn to the humanitarian side of mission work. She strives to demonstrate the inexhaustible compassion and authentic love of Jesus Christ through practical means. May’s experiences in the field have had a heavy influence on her perspective. The time she has spent ministering abroad has helped her realize the potency of her faith. “I’ve become more grounded in what I believe and why I believe it,” she said.

It is true that not all of us are called to the mission field, but that doesn’t mean we cannot be of service to the global community in other ways. Each of us is capable of fostering positive change in the lives of our fellow man. Sometimes, it is as easy as making a simple purchase. May said, “I love shopping at places where they give back when you buy something. That way you’re still giving to people when you buy something you really need.”

Donating supplies to a church or a reputable mission organization is also a great way to have a worldwide impact. Much of the global population lacks easy access to fundamental goods and services. School supplies, bars of soap, clothes, toys, food, money, or anything else you might feel inclined to give can help transform the international social landscape.

For anyone who feels compelled to give directly to May’s annual mission to Belize, contact Broadmoor United Methodist Church. You can make a donation online, or send a physical contribution to the church office with a memo stipulating that your gift should be allocated to the church’s Belize ministry. May said, “Even a few dollars really help and make it possible for us to go on the mission field.”

Whichever way you decide to contribute, remember to be open to the subtle guidance of the Holy Spirit. You might not be called to join May on the field or to even make a physical donation. Instead, the Lord may be directing you to pray for the worldwide network of missionaries, international affairs, the global economy, etc. The key is to follow your heart and do whatever it is you feel led to do.

Like most millennials, May does not know what the future has in store. Yet, she remains optimistic about her prospects and leans heavily on her faith. May said, “Faith, for me, since college, has been really tough. I know God will guide me to where I’m supposed to go, but it isn’t easy to keep that in mind on a daily basis. I keep thinking, ‘What am I going to do and where am I going to go?’ But, I have to have faith that, even though I might mess up, I will end up where I’m meant to be.”

It is important to take the time to look beyond our devices, past the steady trickle of information permeating our lives. The Earth is vast, and people just like you and me populate it. We are all called to play a part, and now is the best time to take the initiative to serve the global community. Like May says, “You’re never too young or too old to change the world.”