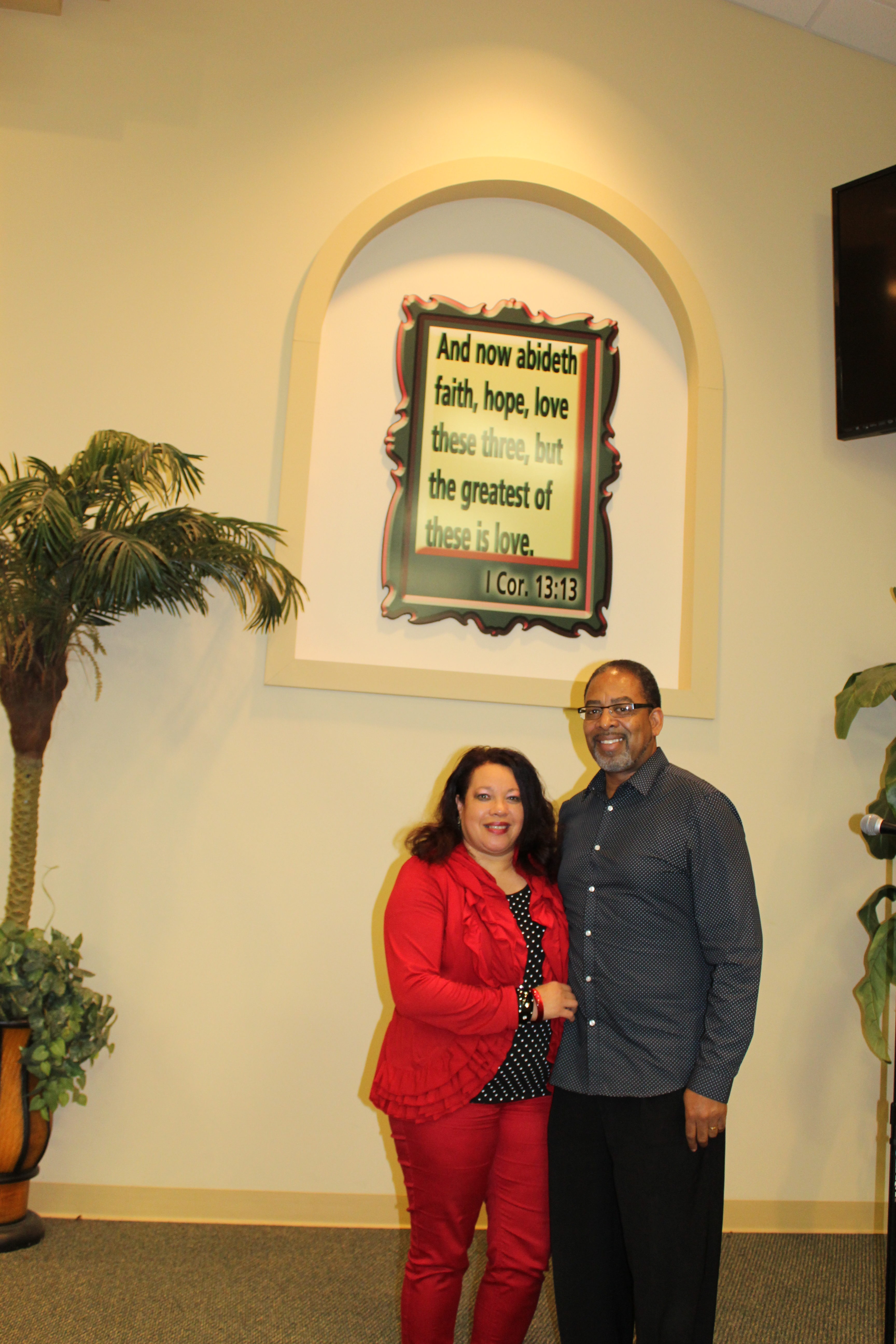 Bishop Ronald Hardy and wife, Robbin, draw on personal experiences to take marriages from self-centered to a shared, love-filled life

“To be honest with you, we were heading for divorce court: we were saved, loved the Lord, it just wasn’t working.” He was the goal-oriented, organization-driven provider. She was the creative genius with a dream of “happily-ever-after.” The clash of priorities and personalities had sent them slowly drifting apart. They realized their marriage was in deep trouble.

“The Lord stepped in and healed our relationship. From there he told us to go and heal other marriages,” said Bishop Ronald E. Hardy, pastor of Faith, Hope & Love Worship Center. Decades later, he and his wife, Robbin Eames Hardy, continue to provide a pathway for couples to take marriage from co-existence to compatibility, from survival mode to mutual enjoyment. Their books, “A Love Like This” and “Where is Daddy?” address a culture that idolizes self-sufficiency and self-fulfillment while robbing couples of intimate friendship and shared life goals. The dramatic success of their seminars, retreats and publications is mirrored in a marriage that recognizes the uniqueness of the individual while embracing togetherness.

It didn’t start out that way. After casually dating during their years at Robert E. Lee High School, Ronald and Robbin reconnected at the funeral of a friend. Robbin remembered him as “Party Hardy” and laughed when she heard he had given his life to Christ and had shared the gospel with a mutual friend.

“He told her, ‘When I see Robbin, I’m going to witness to her, too’. At the funeral I saw him. I was kind of daring, ‘Well, witness to me’. So, I waited outside. And when he came out and said he was living his life for Christ, I saw a difference in him. This was not the same man,” Robbin said. After reading her Bible all day and talking with another friend, she became a Christian.

“In my prayer time God actually showed me a vision of my wedding and he was the groom. And I was like OMG. At that time, we weren’t dating,” Robbin said. “And one day God spoke to him and told him that’s your wife.” They were 18 and 20 years old with a lot to learn.

“When couples come in, that’s one of the big things: ‘My needs are not being met,” said Bishop Hardy. “I was the biggest problem, I believe, in the beginning because I was so caught up in my own accomplishments –  in providing – and shortly after that I was called into the ministry. So, I was leaving work, getting off late, focusing on my time with the Lord and never really paying enough attention to her.”

“In Ephesians 5:25, the scriptures say, ‘Husbands, love your wives, even as Christ loved the church, and gave himself for it.’ So, there are two basic things: love and giving,” Bishop Hardy said. “A woman needs time and they’re more relationship oriented; they need attention and affection. A woman may put on a new outfit, change her hair. You have to notice those things. That says you just set value on who I am, you value me enough to notice this about me.”

“I can say there was selfishness here because we were still doing our own thing,” Robbin said. “He plays sports. He was on a basketball team. During the games, I’m dropping him off and I’m going shopping. I didn’t like sports.” They had to learn togetherness.

“We raised four children. When it was their time, we would get into their world and do things they like to do, but we also had our day. And that was every week, no matter what was going on,” Bishop Hardy said.

“We would joke about – what day is it? Mommy and Daddy’s Day. So, what do you [kids] have to do? Go find something to do,” Bishop Hardy said. “They knew that was our time together.”

Finances and communication are also common issues. “There may be three different ways to interpret what I just said. Sometimes you have to ask questions – are you saying this? Do you mean this?” Robbin explained.

“And just flat out not meeting one another’s needs. If I try to meet his needs based upon my needs, the needs are not being met,” she said. “You’re different.”

“I believe that they can live happily ever after because the Bible says we can have everlasting joy. So, I believe we can have it in the marriage,” she said. 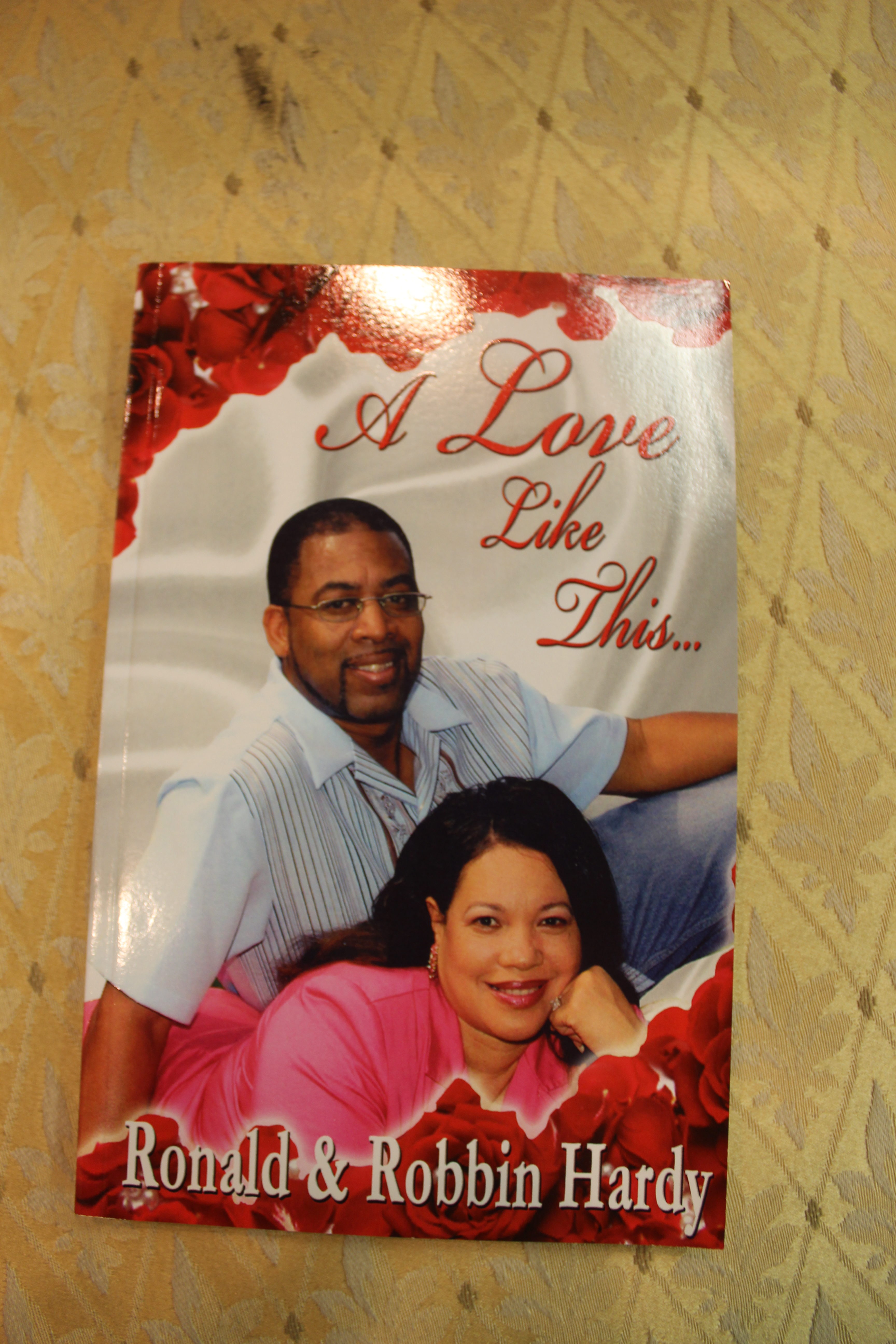 Marriages often reflect the experiences of the past, including baggage from relationships with parents. “In the early 90s, God began to visit me from Proverbs 17:6: ‘And the glory of children is their father,’” Bishop Hardy said. “Fathers normally look at their relationship with their children more as a provider – as long as I’ve provided for my children, then I’ve accomplished my goal. But there’s so much more wrapped up in a father.”

As he began to address the issue of physically or emotionally absent fathers, Bishop Hardy realized he had touched an unhealed wound in a surprising number of adults.

“Grown men and women were walking to the altar weeping and crying – never been healed of the relationship or the absence of a father in their lives,” he said. One night, he was surprised to see the keynote speaker at a Christian conference walk into his workshop. “And when I began to teach on the subject, he was at the altar. From that point, God began to inspire me to put it in a book.”

Many see themselves in the story of Esau whose blessing was stolen while he was away. “When Esau got back, his world had ended because the father releases the blessing upon the seed. And that is defined in expressed approval,” Bishop Hardy said. “You already know that Mama loves you. You already know that Mama is going to be there. But when it comes to a father, it has to be released upon them. They have to feel that sense of expressed approval. That’s why when Jesus arose after being baptized, came out of the water, God said, ‘This is my beloved son in whom I am well pleased’ (Matthew 3:17). So, children want to hear that from dad.”

“People who have never been healed, never heard the words, ‘I love you, I’m proud of you, I’m glad that you’re my son’ – it messes with their esteem/self-worth.”

“Then they start walking around with the sense that ‘I don’t need him anyway,’ a false pride. And that begins to flood our society. They begin to have an attitude – nobody else is going to cross them like that. You’re seeing such a rise in it.”

But Hardy sees hope for healing, even in the Monroe prison system where a majority of inmates come from fatherless homes. After witnessing the effect of their book, “Where is Daddy?” the warden made it part of the early release curriculum.

His book addresses new beginnings. “God says he will be a father to the fatherless because he understands the value, the identity, the glory, the expressed approval and the foundation that come from the father,” he said. “God knows how to establish himself in a fatherly relationship in their lives, and it’s very important.”

There is even healing for those whose fathers are no longer living. “The book helps answer questions – this is why I feel this way or this is why I’ve gone through this, Lord,” Robbin said. In some situations, adults have mailed their book to estranged fathers and experienced either personal healing or restored relationships. “In a lot of cases the dads did not know they were this significant in their child’s life.”

“The more they study and hear the word of God throughout the scriptures, the more they

witness God’s relationship to us as sons and daughters,” Bishop Hardy explained. “It will open a better understanding of how to embrace him not just as God, but as your father.”

The Hardys have plans to continue annual retreats on marriage in partnership with Pastor Milton Coats and Rose Coats of Magnolia Full Gospel Baptist Church in St. Francisville. “We believe God can heal any marriage,” Robbin said.

“We definitely believe in miracles. We’ve seen it. He’s a God of restoration,” she said. “He also said, ‘I will restore to you the years’” (Joel 2:25). You have to have that willing heart to allow him to come in and intervene.”

“We look at so much that God has for us. What if we had given up on it? We have four children and six grandchildren and a seventh on the way – all of what God has done over the span of time,” she said. The Hardys celebrate their 35th wedding anniversary this month.

1 thought on “Broken Together”