but first, she had to heal her own 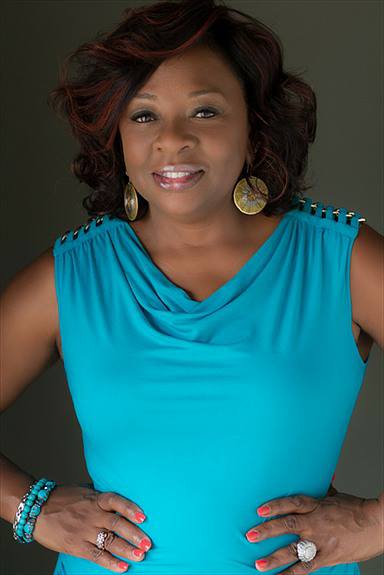 Carolyn Williams will never forget that knock at the door. It was a police officer telling her that her 21-year-old son Chad had been killed. Concerned that she was alone, the officer said he would stay with her until a friend or family member could come and stay with her. “I was in a daze,” Williams said.

She picked up the phone to call her sister, and only when the words left her lips … “Chad has been killed …” did the realization hit her that she’d lost her only son.

“I fell apart then,” she said. “No one can imagine what it’s like to lose a child … it’s so painful. There is just no way to describe it. It feels like a part of your heart and soul … your whole being … has been taken away.”

For four years, Williams continued to go to her job every day and raise her daughter Andrea. But deep in her heart, she admits she was grief-stricken, depressed, guilty and overwhelmingly sad. She had always had a strong faith, so she prayed and talked with God constantly, she said. “But I was mostly angry during those conversations. I wanted to know why this had happened.”

And then one day, she came across Deuteronomy 1:6-8 (The Lord God spoke, saying, you have dwelt long enough on this mountain. Turn and set your journey and go to the hill country and to all your neighbors …”)

Williams believes this was a message from God, telling her that she had dwelt in her pain long enough. It was time to move on. There was work to do and other parents were out there suffering the same pain she had endured. She was in a unique position to help them. It was then that Williams decided to start a grief support group.

Healing Hearts Grief Support Ministries offers individuals and families compassion and support as they work through their grief from the death of a loved one lost to violence. As a nurse, Williams has a compassionate heart, and as a grieving mother, she can identify with the parents who seek help and understanding. She reminds them that they are at the beginning of a new journey that can bring them wisdom and spiritual growth (if they allow it). She encourages them to embrace it and be open to what God might have in store for them.

Williams’ journey led her to a new life’s mission … something that changed her life, gave it purpose, and ensured that Chad’s life and death was not in vain. “It’s been almost 10 years, but that doesn’t mean I don’t miss him and cry about him every day. Because I do.”

Chad’s death was especially tragic because he was looking for a fresh start in his life, Williams said. In fact, he had just moved back in with his mother and was looking for a new job. His grandmother had recently died and he had a hard time dealing with the loss. “Looking back, I see that Chad had some depression,” she said, “and could have used some help. But being a mother doesn’t come with a manual. You can’t keep looking back and feeling guilty. We all do the best we can with what we know at the time.”

Williams says helping other parents has been a blessing, and she feels a new calling to become a minister. “I could never have gotten through this without my faith,” she said. “God put all of this on my heart, and I have to believe there is a reason. Every day that I wake up – every morning that I open my eyes – to me, that means that God has a job for me to do that day. So I ask him, “What do you want from me this day, Lord? What can I do?”

In accepting a new purpose in life, Williams found many ways to serve. She has become a motivational speaker and often speaks at workshops, seminars and churches. She also wrote a book titled “It Was Me.”

“Years ago, when my kids were young, I used to sit on the edge of my bed at night and think about all the violence going on in the world and the number of young people dying. And I remember thinking, ‘Somewhere out there is a mother who is hurting tonight.’ A few years ago, it occurred to me that I had become one of those mothers. It was me.”

Healing Hearts offers many resources and services, including child counseling, individual counseling, family counseling, coping and adjustment skills, and group therapy. The group also provides education on the signs and symptoms of depression, the stages of grief, finding life after death, and forming a network of support. Williams has also helped raise funds for families with no means to bury their loved ones.

Williams is looking forward to 2017, as the organization will be moving to a new office in January, and she will be able to host weekly meetings and expand her services. For more information on Healing Hearts, call (225) 505-0015 or send an email to zenocwz@yahoo.com. You can also visit the group’s page on Facebook, or the website at healinghearts24.net.

Donations of any kind are greatly appreciated, she said, especially office supplies or furniture for Healing Hearts’ new offices.