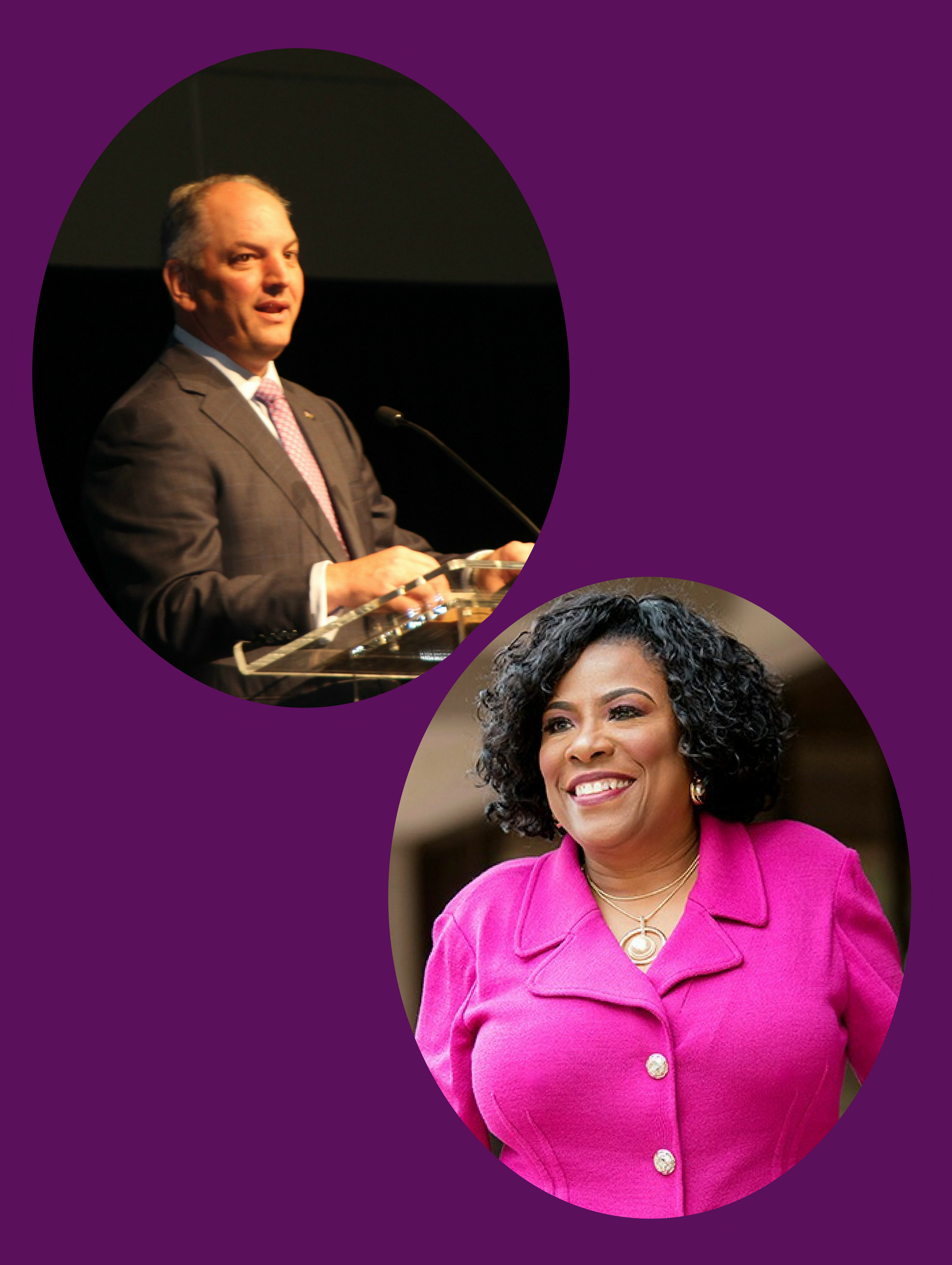 Thoughts on Unity, Humility and Trust

The mayor of Baton Rouge and the governor of Louisiana had a few pearls of wisdom to share with their audience at the annual Governor’s Prayer Breakfast, held April 11 at the Raising Canes River Center downtown. Their words, and especially their professions of faith, were comforting, considering what the Baton Rouge community has endured in the past year.

The annual Prayer Breakfast is designed to encourage leaders and citizens to call on their faith as they work to strengthen our community … not an easy task for a city that experienced everything from natural disasters to political unrest to senseless violence. Below are some comments from Baton Rouge Mayor President Sharon weston Broome and Louisiana governor John Bel Edwards, prompted by Scriptures that address the themes of unity, humility and trust.

(Psalm 33:12) Blessed is the nation whose God is the Lord, the people he chose for his inheritance. 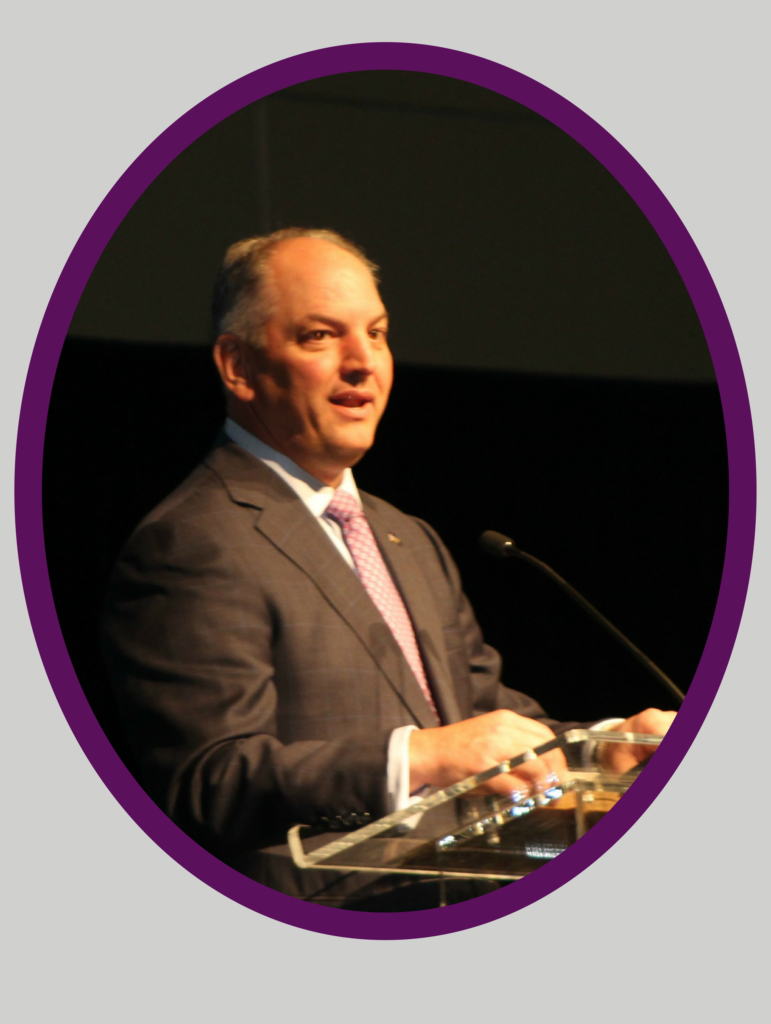 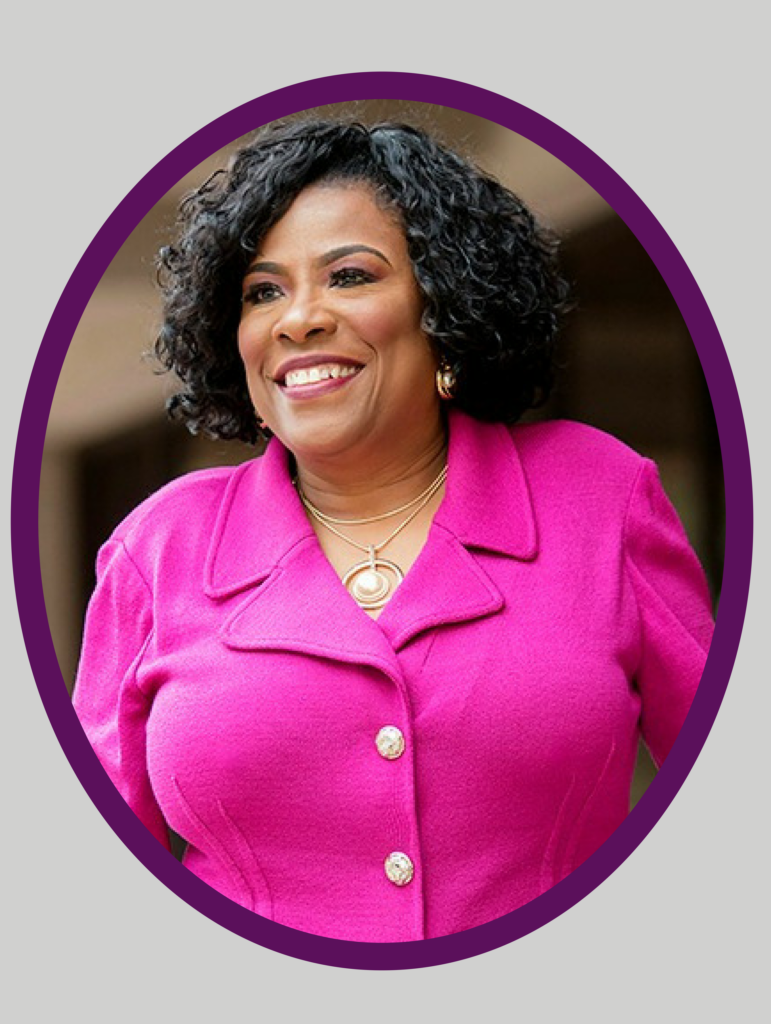 How humbling to know that we are chosen for God’s blessings. Mayor Broome says she has embraced this passage and has applied it to our parish. “I’m convinced that even in the midst of the challenges we have, our greatest breakthroughs will take place,” she said. “All we have to do is believe and be in agreement around that.”

In spite of what our community has gone through since last July, the mayor continues to feel blessed, and more important, “called” to do the work she is doing. “I never believe that what happens in our lives is coincidental,” she said. “I believe God has a purpose and a plan for each and every one of us to fulfill.  And the more Ithink about my life as an elected official, I’m convinced that I’m walking in his purpose.” (Isaiah 43: 1-2) “Now thus says the Lord who created you, oh Jacob, and who formed you, oh Israel: Fear not for I have redeemed you.

I have called you by name. You are mine … When you pass through the waters, I will be with you. In rivers, you shall not drown. When you walk through fire, you shall not be burned. The flames shall not consume you.”

This passage, says Governor Edwards, is especially meaningful to him. “This covers every challenge that we’ll ever face,” he said. “Whether your life was turned upside down by the floodwaters or by the violence, God has called us each by name and we are his, so we should fear not. We should be confident and turn to him in prayer.”

Edwards says he has never before been able to “feel” people’s prayers as he has since he became  governor. And he adds that prayer is the key to unity. He finds it challenging that although he works with others who share his same concerns, goals, and motivations, “we just don’t see things the same way.”

“I have to do better,” he added. “I have to make sure that even when we disagree, we’re not disagreeable. If we are in good faith praying to the same God over the same problem, trying to figure out what to do, there’s got to be common ground in there somewhere. But if you don’t communicate, you won’t find it.”

As he recalled the unbelievable flooding that occurred last August, he encouraged the audience not to forget those who are still struggling, and to continue praying for their well-being. In spite of the hardships our city has endured, our prayers should focus on thanksgiving and our hearts should be reassured, he said.

“We are still blessed. God is with us. He is never going to leave us. I find myself asking for something every time I’m in conversation with him rather than thanking him for all that he’s already done for me. So let’s not wait until the fourth Thursday in November. Let’s go ahead and (offer a prayer of thanks) every day.”

Humility, unity, trust. They are all elements of faith, that proverbial shield that protects and empowers us as we go through life. And in Mayor Broome’s words, faith can grow according to a very basic idea: “When you know who has called you… and you know what you believe … and you know who you belong to.”