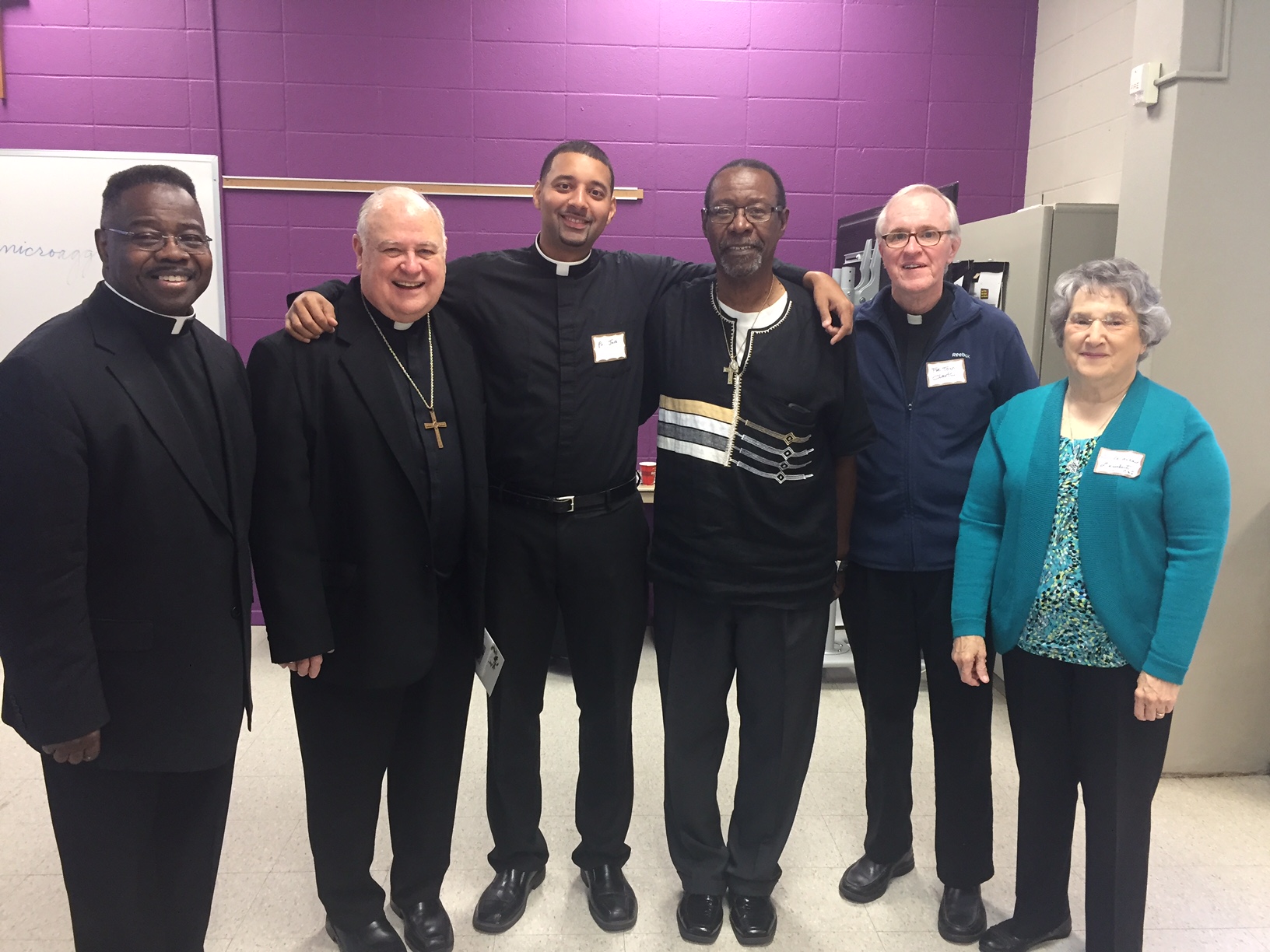 Building a Bridge over Troubled Waters

It’s hard to believe, that a year has passed since Baton Rouge made national headlines as a city beset by violence, unrest, frustration and sorrow.

Hoping to promote peace in the community, Bishop Robert W. Muench founded the Diocesan Commission on Racial Harmony, which includes priests and laymen to collaborate with other faith groups in promoting mutual understanding and respect. The bishop’s goal is to involve churches from across the city to work with each other and within their own congregations to break down barriers of racism.

“The people in our diocese have experienced so much pain and suffering because of the sin of racism,” said St. Aloysius’ Father Josh Johnson, one of the commission’s co-chairs. “Prejudice and hatred oppose God’s plan for us and it’s our Christian duty to foster unity wherever and whenever we see an opportunity.”

The commission was established last fall with a dozen members evenly divided among white and African-American individuals. Rev. Tom Clark of Immaculate Conception Church is the group’s second co-chair.

“We are already focusing on prayer, fasting and dialogue as ways to achieve our goal,” Father Josh said. “We will be inviting people of different backgrounds to meet and share their experiences, tell their stories, and really listen to each other. It will inspire us to collaborate on ways to eradicate the forces that are perpetually dividing us.”

Already, the group has participated in a racial sobriety workshop and hosted an educational event for those affected by the flood. The commission also designed a special prayer card that was distributed to churches in the area. The group’s focus now is a proposal that will establish new initiatives, including a lecture series and special community outreach events.

“This commission touches the heart of what it means to be a Christian,” he said. “Just as Jesus brought healing and renewal to the world 2,000 years ago, we have the ability to bring healing to our world today.”

For more information on the Bishop’s Commission on Racial Harmony, contact the Catholic Diocese of Baton Rouge at (225) 387-0561.