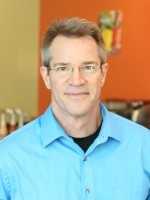 Us to be Kind

“Be kind and tenderhearted to one another.” (Ephesians 4:32a BSB)

A few years ago, my younger daughter, Heather, hurt her back and needed someone to cover her lunch shift on a Saturday at the restaurant where she worked as a waitress. After striking out with her co-workers, she asked her brother, Paul Jr., who had previously worked at the same establishment, to cover her shift

Paul worked the three-hour shift in place of his sister and then went to his own job. This in itself is kind, but that’s not all of it. When Heather’s boss started to pay Paul for his three hours of work plus tips, Paul asked him to give it to Heather. That’s both kind and tenderhearted.

I would have to say that those two words best describe my youngest child and only son. He is kind and tenderhearted. He once spent his school lunch hour weeping and praying for one of his friends after his friend’s parents divorced.

Paul has worked since the summer before his sophomore year in high school. In his senior year he saved his money and bought a cool looking, but very expensive, full-length leather jacket. His best friend really liked it so Paul would let him wear it often. But Paul took on a second job on weekends, saved that money, and bought his friend a leather jacket just like his for Christmas. One year he saved his tip money and bought a trampoline for our back yard so his young cousins wouldn’t be bored when they came to the big Downing clan get-togethers at our house. So, I guess I’d have to add a third word to describe my son – generous.

But the distinguishing characteristic of true generosity is humility. Jesus said that the left hand shouldn’t know what the right hand is giving (Mt. 6:3). The only reason I know about the above incidents is that someone other than Paul, usually the beneficiaries, told me about them. Heather wouldn’t have known why her paycheck showed Saturday hours if her boss hadn’t told her of Paul’s request to give her the money. He never talks about his acts of kindness; he just does them. He does them with generosity and humility because he has a tender heart.

Paul was a little slow to develop physically, somewhat socially awkward early on, and teased unmercifully in middle school and early high school. He didn’t start coming into his own, so to speak, until just before his junior year in high school. He grew to be big, strong and good-looking. But instead of becoming a bully and treating others as he had been treated, he became an example and treated others as he would want to be treated – with kindness, tenderheartedness and generosity.

Notice Ephesians 4:32 says “Be kind and tenderhearted.” There is a world of difference in doing random acts of kindness and having a kind heart. One can do kind acts without necessarily being a kind person. Christ calls us to develop kindness of character. Then, instead of our acts of kindness being random, they’ll be the consistent and natural overflow of our hearts. That consistency is what I’ve observed in my son. He is now serving in the U.S. Navy. I am very proud of him. And when it comes to being kind and tenderhearted, he is the man I want to become.

Paul and his wife, Danni, grew up in baton rouge. they married in 1979 and have three grown children. Paul began his ministry as a Christian Counselor/Life Coach in 1985 in opelika, AL. He also served as a pastor there for 10 years before moving back to Louisiana in 2005 and becoming an associate pastor at Fellowship Church in Zachary. Paul is committed to helping people know God, understand His Word, and improve the quality of their lives. Check out his daily devotional Facebook page: Daybreak Devotions with Paul Downing .