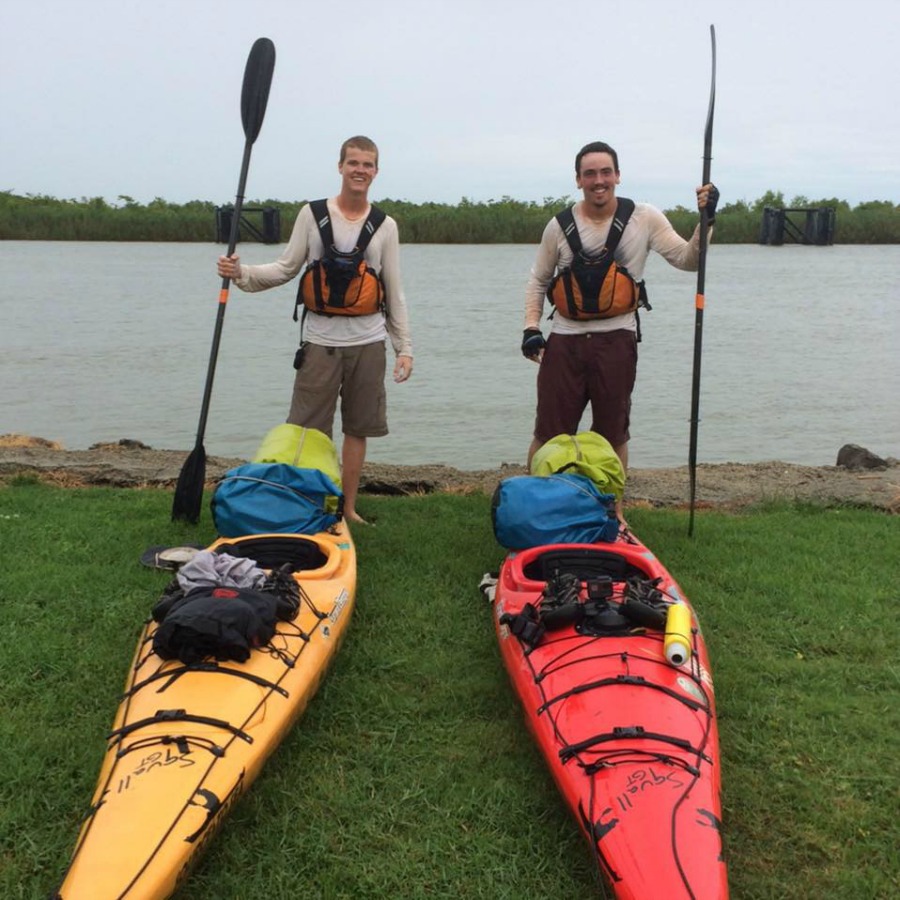 Teens do their part to change the world

Matt rens and Jesse richard spent the summer kayaking the Mississippi river – all 2,320 miles – while raising money for a water/sanitation system in a third World country. it was a dream that took hold as Matt kayaked with his father from the Minnesota river to the Mississippi.

Rens, 19, and Richard, 18, launched their adventure at the headwaters of the Mississippi River at Itasca, Minnesota on June 11 and passed through Baton Rouge July 29-30 on their way to the Gulf of Mexico. The two-month journey took them through 10 states of winding water that includes some six miles of rapids. “There are really specific, strange, dangerous places on the river, but they’re pretty random,” Rens said.

“My dad did some research on the trip. He was really excited about it. He was the only one who actually thought I was going to do it,” Rens said. When his father passed away last April, Rens recounted their dream to friends and family. “They started a GoFundMe (gofundme.com/SourceToSea) and without them we wouldn’t have the kayaks or any of the gear.”

Wenonah Canoe is Minnesota provided a substantial discount as part of its commitment to support worthy causes.

Lifewater International is a Christian non-profit that builds wells and teaches sanitation in Third World countries such as Ethiopia, Uganda and Cambodia. “For $6,000 they set up a full well, and $12,000 sets up the well and sanitation for the village for generations,” Rens said. “They really work on education, not just supplying the water. So we thought it was really important.” Through the Activewater branch of the Lifewater organization, athletes can attempt to run, walk, kayak or otherwise raise funds by asking donors to pledge a certain amount per mile.

“Each Tuesday we’ll try to do as many miles as we can, and then on Wednesday we remind

people that we’re doing this for a cause and, if you can, give a dollar, 50 cents, a nickel for every mile we did yesterday. It forces us to go farther, it pushes us,” Rens said. “At the end of the whole river, we’re asking people, ‘Would you give me a penny for every mile?’ That’s 23 dollars. If enough people do it, we can reach our goal. The number that we fundraised will go to those places that don’t have water and need it.” (give.lifewater.org/sourcetosea).

Weeks of kayaking and camping on the banks of the Mississippi have taught them the value and challenge of obtaining clean water. “We’re filtering the river water – and it doesn’t taste great,” Rens said.

“It’s taught me more than enough about patience and about just not quitting,” Richard said. “It’s a cliché – you put your mind to something and it can be done – but you never really know it until you do it. It’s just been a really cool trip.”

“The more and more I’ve seen of the river, I cannot deny the existence of God,” Rens said. “It is more and more easy to see exactly where it works and how small I am. It’s so vast, so big and so beautiful, there’s no way that God’s not there.” Both Rens and Richard are members of Hillside Church in Bloomington, Minnesota.

Rens is a sophomore at South Dakota School of Mines and Technology in Rapid City, SD. Richard graduated this year from Jefferson High School in Bloomington, MN where he was captain of the swim team. He is headed for the U.S Air Force.

Read more about their remarkable trip on Facebook at fromsourcetosea.