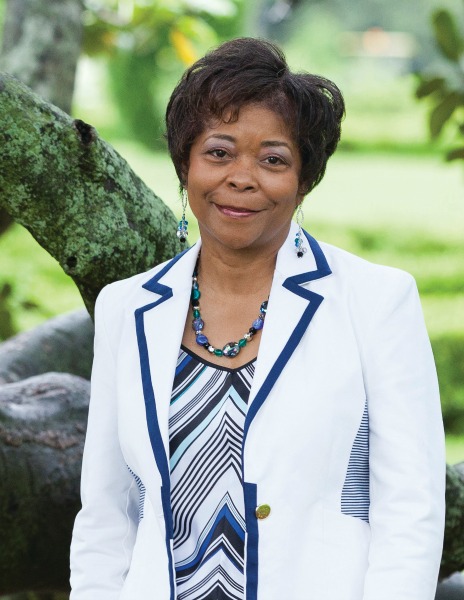 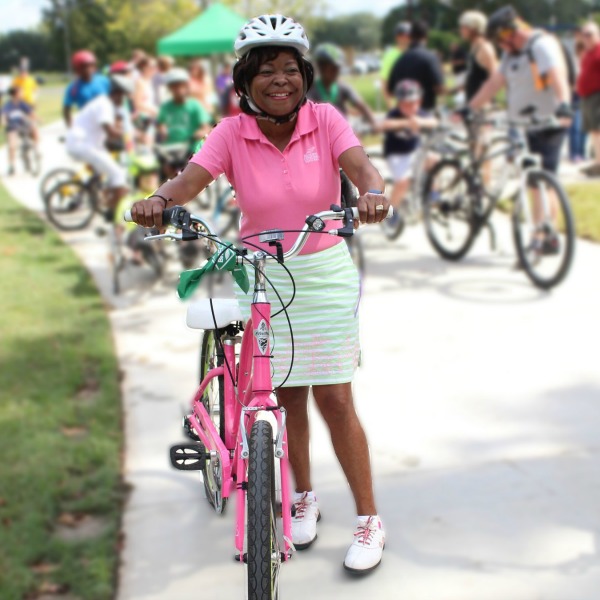 Leading the way to a transformed community

“It’s all about making sure that we touch as many lives as possible for the good. And to build the community that’s broken, to unite a community that’s divided … it’s not just about parks and recreation. If we do what we’re supposed to do in the right way, for the right reasons, we transform a community.”

Carolyn McKnight, superintendent of the Recreation and Park Commission for East Baton Rouge (BREC), is serious about wellness of body and soul. True wellness takes commitment but also patience, a quality that she defines as perseverance under control. “Let’s take Baton Rouge to a place it’s never been. I believe that is what’s expected of us. And as a Christian, I serve a huge God,” she said. “That’s why it’s important to me.”

McKnight envisions a dramatic reversal of the trend toward declining health, a commitment that stems from a military background and a foundation of faith. Early in life, she traded traditional expectations for challenge and adventure. “When I

first went into the Air Force, I worked with nuclear weapons and had the responsibility of programming the computers for the weapons system. We went down in the silos,” she recalled. “I learned so much about the military and what happens if you don’t have peace in a country … I learned so much about the devastation that can happen if good people stay silent and don’t do anything.”

“I try to think holistically about my life because I know this is the only vessel I’ve been given to operate in, and if I don’t take care of it, I can’t take care of the mission,” she said. “So, it’s about caring and being aware, not just sitting back and allowing things to happen.”

“For the most part it’s all about prayer,” she said. “I wake up every day with my husband and we do devotionals. We talk about it. We pray about it. We review the scripture. But it’s really about being in the word, and then how is this word going to guide us today?” She refers to Proverbs 3:5, 6: “Trust in the Lord with all your heart and lean not to your own understanding, in all your ways acknowledge him and he will make your paths straight.”

“So, Carolyn, stand down. Holy Spirit stand up. That’s how I try to operate each day, recognizing that I’m here for his purpose, not mine,” she said. After eight years in the military and a stint in parks and recreation management for the city of Dallas, McKnight brought her expertise to Baton Rouge in 2011.

At a Childhood Coalition meeting, she was stunned to learn that the obesity rate for children in Baton Rouge was so high that kids were diagnosed with hypertension at six and seven years old. She couldn’t stay silent. “It broke me,” she said. “I thought, ‘BREC had the solution to this problem.’ I took it personally. I took it as my mission to help do something about it. And so, we started working.”

Under her direction, BREC formed community partnerships to bring equipment and instruction to economically disadvantaged areas. BREC opened new basketball courts, splash pads, connectivity trails for bikers and hikers, and blueway launch areas for canoes and kayaks. Joint ventures followed, including the Knock Knock Children’s Museum and the Walk with a Doc program.

“We have probably the largest grant that we’ve ever received to help build trails in Scotlandville, the north Baton Rouge part of town,” she said. “We’re finishing the portion of the medical loop in the hospital district.”

Her current – and perhaps biggest – challenge is balancing community interests with the financial realities of a declining zoological park. After months of often heated debate, the EBR Recreation and Park Commission granted permission for BREC to explore potential new sites for a $110 million zoo, a move that McKnight believes would provide incentives for the necessary private donations, reduce the time needed for construction, and boost long-term attendance. Under the proposal, BREC would spend some $40 million to repurpose the existing site, adjacent to Greenwood Park, with additions that include a water park, amusement park and premier soccer fields.

“What I see, six years from now, is children running, engaging with animals, and enjoying the water park and the slides and the horse trails. In my mind, I see families smiling and picnicking – all of these things happening at Greenwood and at a new zoo. That’s the vision.”

“We currently know that our zoo is out of sight, out of mind,” she said. “If we were on I-10 or I-12, it would get hundreds of thousands of cars passing every day versus 6,000 on Thomas Road and maybe 28,000 or so on La. 19. We also know that if we’re able to put that zoo in a more sustainable place, we would be able to do it in five years versus 15 years.” (This is due to the difficulty of shuffling animals from one area to another.)

“It’s important to me to stand firm,” she said. “Imagine your grandchild being able to go to a facility when he or she is six years old, or when he or she is about to enter the first year of college. It’s just that simple. It’s going to cost me the same amount of money to build at a new location or the existing site. I’m going to make, like, three times the amount of money at a new location, a more sustainable location. I’m going to reduce the subsidy level from the taxpayer from 50% – what we currently have – to 20%. That’s a nobrainer. It’s arithmetic.”

The search for a feasible site is the first step toward consideration of a new zoo. Public forums designed to explore and address concerns, especially from the adjacent community, have been intense. “I’ve been cyberbullied, I’ve been physically threatened,” she said. But she sees each situation through the lens of scripture, a practice her mother instilled early in life. “She was just a walking Bible. Any problem you took to her, any situation, any circumstance, she would wrap the word around it, so I have no choice but to understand.”

“At the end of the day, I believe that people will be served. I believe that God’s will is going to be carried out, not Carolyn’s but His,” she said. That’s what’s keeping me in the middle of all of this, because I know for a fact that if you want something big, great and transformative to happen, it’s never going to be easy.”

McKnight believes that God is always speaking to her about patience. “Stop being frustrated, slow down, bring people along with you. Give people opportunities so they can grow. Help them see what you see,” she said. “Humble yourself, calm down, slow down.”

McKnight hopes her legacy will be a community park and recreation system that cultivates wellness. “I look at this experience like planting trees. I will never enjoy the shade of the trees,” McKnight said. “But people who are expecting babies today, and people who are expecting babies five years from now, they’ll enjoy it. And that’s what it’s about. Lives will be impacted for the good.”