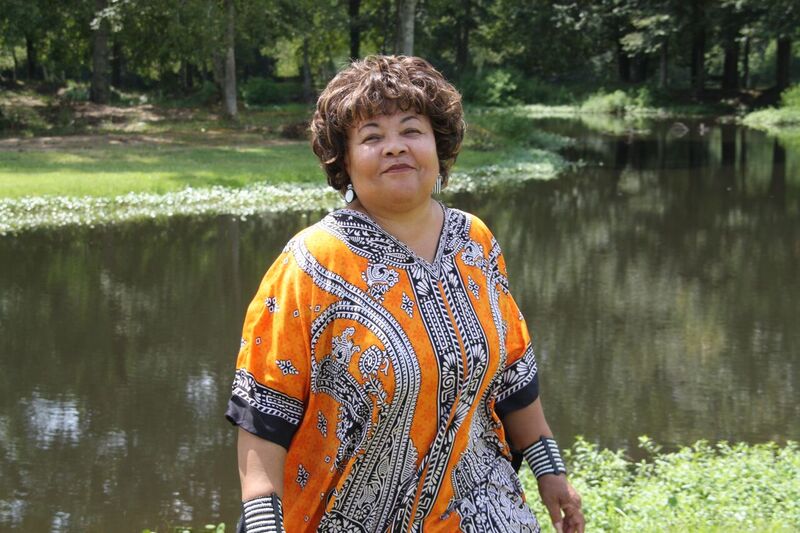 is the Best Medicine

Sometimes God has other plans.

Constance “Connie” Reed Saizon remembers her mother “dragging” her to church no less than four times every Sunday when she was a child growing up in Gulfport, Mississippi. “I recall sitting there one Sunday and telling God, “When I grow up, I’m not setting foot in another church!”

Well, He must have had a good laugh, she says, because against all odds, Saizon grew up to be a pastor.

Seeing humor in the world around her gives her ministry a special appeal. In fact, aside from pastoring at two local United Methodist churches, Saizon takes her spiritual comedy ministry to conferences, fundraisers, family reunions and special events. “I don’t stand there and rattle off joke after joke,” she said, “but I preach, teach and reach people by weaving godly principles
into my stories using humor as my instrument.”

To that end, she has a few alter egos that show up in her sermons, 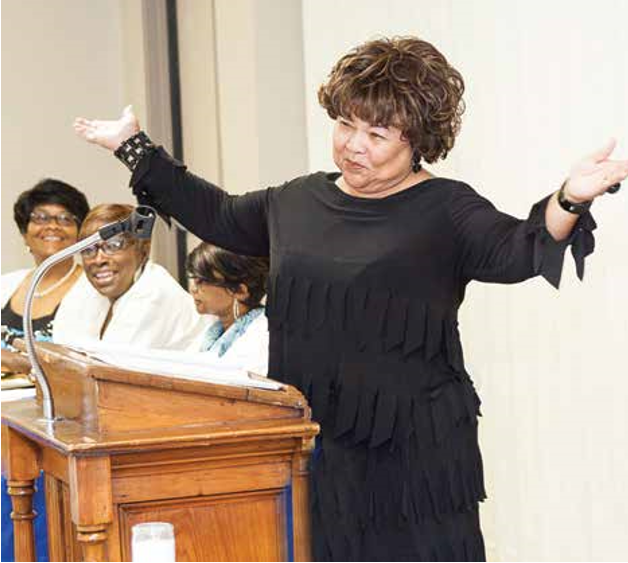 including Aunt Luty, an elderly woman who can get away with saying just about anything … because of her age, of course. Saizon occasionally uses props, too, such as the heavy bag of burdens she flings to the floor when she discusses letting go of worries and giving them to God … or the oversized boxing gloves she uses to fight the forces of evil.

At funerals, she’s been known to answer her phone at the beginning of a eulogy. While the mourners are usually stunned at her audacity, they quickly realize that she’s talking about their loved one now gone to the Great Beyond. She tells the caller, “Sorry, but he’s not here. He’s absent from the body, but present with the Lord.”

To be honest, it’s hard to believe that Saizon is such a joyful person. She came to Baton Rouge after losing everything in Hurricane Katrina in 2005. Two of her 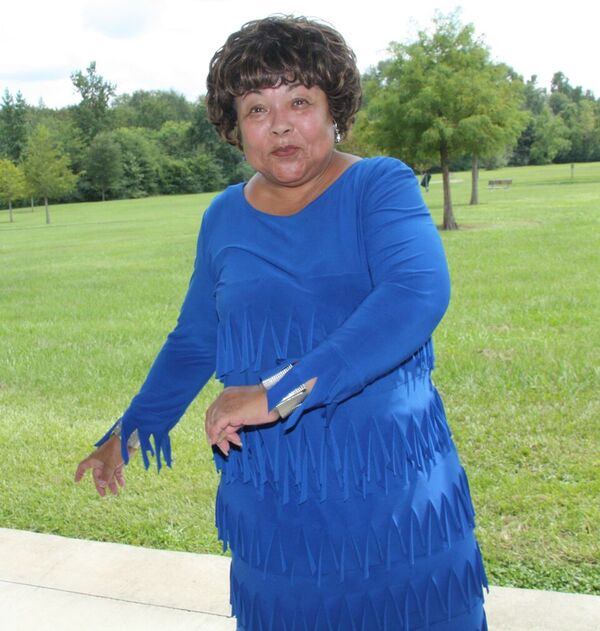 children (Kelli and Clarence) were grown by then, but her 23-year-old daughter, Courtni, was still living at home. Courtni happened to be at work at the height of the storm, and mother and daughter were separated. Saizon spent about three weeks not knowing what had happened to her daughter, who had been evacuated and bussed to Florida. “For a while, I was just numb,” she said. “I thought, ‘this has got to be a nightmare,’ but it wasn’t. Let me tell you … that storm had winds that bent me, but didn’t break me. My faith in God did not let that happen.”

Financially, Saizon had to start over, but she kept things in perspective and took things one day at a time, always trying to see the bright side of life.

A local reporter interviewed Saizon shortly after she moved to

Denham Springs and was amazed by her positive attitude. He said it seemed as though she had laid down all her “baggage” and was “travelin’ light.” She liked the phrase and uses it today to describe her ministry.

Hurricane Katrina was a turning point in Saizon’s life and career, she said, but it was just one in a long line of many heartbreaks and painful experiences.

Saizon is thankful that God called her to the pulpit. “It’s a joy to serve such a mighty God,” she said. “I truly believe that God anointed and appointed me to do what I’m doing. I believe my sense of humor allowed me to experience and see things in a different light than most people. And this gift lets me connect with others and help them overcome whatever they are struggling with in their lives. It lets me encourage and lift them up. Sometimes, laughter really is the best medicine.”

“Stay in the Word! The more we say, pray, stay and obey the Word, the easier it is. To resist God only makes things harder. He has a plan for you … all you have to do is lean into that plan.” — Pastor Connie Saizon

For those who struggle with their faith, Saizon has this advice: “Stay in the Word! Like anyone else, I had to work at my relationship with God. Before I truly knew God, I had to pray and study His word. I had to allow  “Losing material possessions is hard for anyone, but I’ve also lost several very close loved ones in my life,” she said. “I’ve been faced with racial discrimination. I was married to an abusive husband for 17 years. I’ve been through a lot. Humor is a spiritual gift and it has helped me get through situations that would have driven anyone else crazy. But by the grace of God, I’m still standing.” that Word to build up my faith and transform me. In time, He strengthened me and I was able to trust in him. The more we say, pray, stay and obey the Word, the easier it is. To resist God only makes things harder. He has a plan for you … all you have to do is lean into that plan.”

Saizon says this with a big smile. “I really believe God wants us to be happy,” she said. “He wants us to loosen up, not worry so much, and not take everything so seriously.”

For more information on Travelin’ Light Ministry, go to the website at constancersaizon.com.