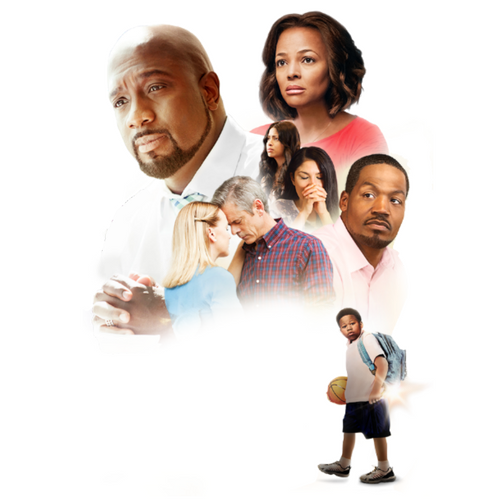 Underneath the marquee lights, among the movie posters, and surrounded by the enticing aroma of buttered popcorn, I met an intelligent and kindhearted man. He wore a cream colored blazer and spoke with a refined excitement as he shared his thoughts on the new motion picture, “A Question of Faith,” and how he sees the future of Christian media.

Dr. Cameron Lewis, a believer who is making his debut as a film producer with this project, has witnessed firsthand how God can open doors and give us more than we can hope for or imagine. An oral surgeon originally from Gulfport, Miss., Dr. Lewis makes it a habit to uplift and encourage his patients. But he wanted to do more – to reach more people with the love of God. He prayed and asked the Lord how he could take it to another level … and the answer was TV. He reached out to a producer, chose a script and the process began. After four solid months of revisions, production got underway on what the team thought would be a made-for-TV movie, but the Lord had other plans, and when given the opportunity to release the film in theatres, Dr. Lewis and crew agreed.

This is a movie that just about everyone can relate to and it covers timely topics that can be thought provoking and life changing. At its core, it’s a film about faith and unity. It’s touching and relatable. Dr. Lewis said he prays the film will give something back to the audience. He believes moviegoers want to see a film that is positive, that they can share with their family, and that will make them think about life in a deeper way. These are all reasons that he chose this project. 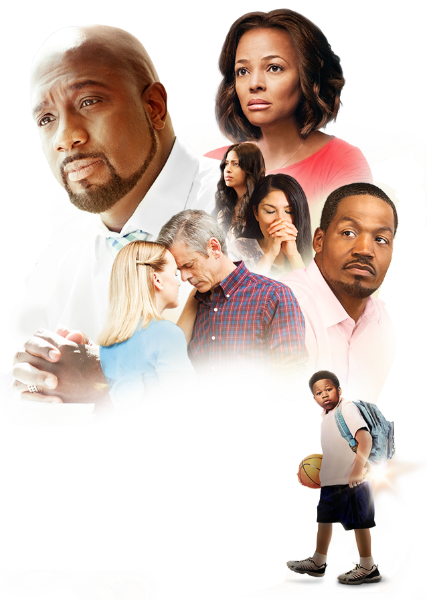 When asked about his life verse, Dr. Lewis quotes Philippians 4:13: “I can do all things through Christ who strengthens me.” His desire, he says, is to be a God conscious believer, to focus on blessing others, empowering them to succeed, and reminding them to be grateful for what they have been given.

What he seems to have been given with this film is an overwhelmingly positive reception and open doors. In fact, “A Question of Faith “made history by being the first faith-based film to be shown on Capitol Hill. While the showing was a huge success on both sides of the aisle, Dr. Lewis reminds us it’s important to leave politics out of the topic of unity, and remember that
regardless of our policy preferences, we all worship the same God.

In “A Question of Faith,” we watch three families face some of the toughest challenges in life. We see them question their faith and ultimately unite as the multicultural, multigenerational family of God we were designed to be. Starring Kim Fields, C. Thomas Howell, Richard T. Jones, T.C. Stallings, and Jaci Velasquez, the movie is well-acted, thought-provoking and captivating.

Gather your friends or take a small group on an outing to support this feature film that unites us as the body of Christ. For more information, visit aquestionoffaith.com.