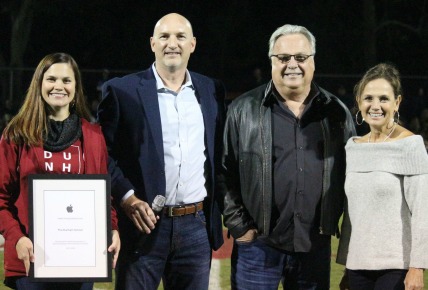 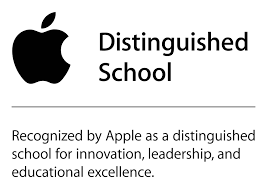 For the sixth time, the Dunham School has been named an Apple Distinguished School, proof that its leaders are producing the next generation of innovators, problem solvers and game changers.

The Apple Distinguished School Award is given to schools that demonstrate technological innovation, leadership and educational excellence that inspire collaboration, creativity and critical thinking. Under the guidance of Nikole Blanchard,

Apple Vice President of Education John Couch attended a Dunham home football game on November 10 to personally present the award to the school.