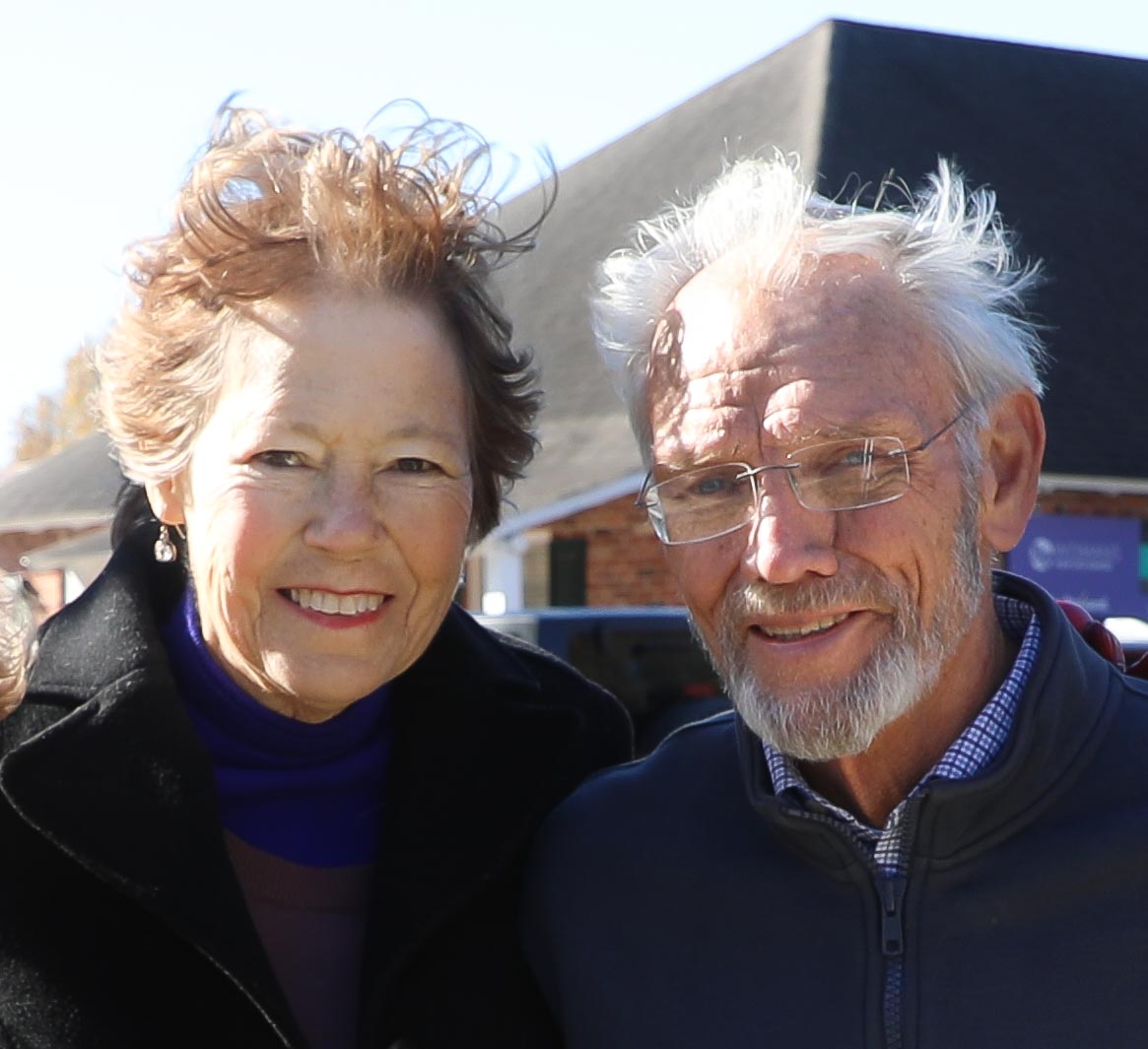 … by Loving their Mothers

Every Tuesday and Thursday morning, Charles and Clelie Carpenter make the 30-minute drive to a small building off Goodwood Boulevard. Their mission is literally a matter of life and death.

The Carpenters are pro-life advocates who, along with other advocates from different churches, stand outside Delta Clinic to try to change the minds of women who are seeking abortions. Because the clinic provides escorts to meet the women at their cars and take them into the building, the Carpenters have very small windows of opportunity to make a connection.  But when they do, these “sidewalk counselors” do it in a loving way. “If we hope to have a meaningful conversation with a mother, she needs to know that she can trust us and we are not here to condemn her,” said Clelie. “These women find themselves in a desperate situation, broken and often in tears. Our message is that we care about them and their baby. We remind them that God has a purpose for both mother and child. We let them know that there are alternatives to abortion and we offer to help them in any way we can.”

Those are not just words.  The Carpenters are board members of the Baton Rouge Right to Life and members of Bethany Church, which advocates for he rights of the unborn. The church annually gives money to BRRTL and designates that the funds be used to help women who have decided against abortion – a ministry they call Loving Moms, Saving Babies. For some, that means reimbursement of the $125 ultrasound that all women must have on their initial visit to the clinic. For others, it may mean money to pay rent, groceries or other

bills. The Carpenters provide such assistance through BRRTL. “Our goal throughout their pregnancy is to show the love of Christ by our support and to share the gospel,” said Charles.

The Carpenters have even given baby showers to mothers they have met at the clinic. “Twice, I’ve been invited into the delivery room to witness the birth of babies we’ve saved,” said Clelie. “What an honor … one of the mothers told me, ‘I want you to be the first person who holds my baby … we owe her life to you.’”

The couple estimates that the pro-life ministry at Delta has saved more than 600 babies in the past six years, 130 babies in the last year alone. Louisiana has a mandatory 48-hour waiting period from the initial clinic visit until the procedure. “Sometimes we will talk to a woman at her first visit, and then we’ll never see her again,” said Charles. “Of course, we would like to believe that she changed her mind. Others come out of the clinic and tell us that after talking with us, they thought about what they were about to do and decided against it. They always thank us for our part in that.”

So how do so many women reach such a heartbreaking crossroads in their lives? Some women who find themselves pregnant are afraid their boyfriends will leave them. Teenagers and young women often fear their parents will kick them out of their homes. Other women say they already have children and can’t afford another. In these cases, the

Carpenters, along with other sidewalk counselors, encourage women to look beyond their immediate circumstances and consider the long-term effects of abortion and the emotional consequences of ending the life of their child. They also make referrals to the Woman’s New Life Center (next door to the clinic) for further counseling and adoption information.

Charles believes the Baton Rouge community should know more about the abortion issue. “Certainly, they’re not aware of the magnitude of it,” he said.

“In 2016, the clinic was shut down, but only for a few weeks. I think a lot of people aren’t aware that it reopened. And I believe people are desensitized to the issue. It’s been going on so long now …”

The Carpenters would like to see area churches more engaged in the pro-life effort. “I really think that a lot of pastors don’t talk about abortion because they don’t want to offend the people in their congregation who have had one,” said Clelie. “And it’s such a shame because if no one talks about this topic in a spiritual setting, there’s no way to discuss forgiveness, no way to find healing. Instead, it becomes a source of silent shame.”

Indeed, the Carpenters say they have met women who want to talk about their abortion experiences from 30 or 40 years earlier. Many speak of ongoing pain, sadness, guilt and regret. The Carpenters are always willing to listen and offer comfort — not just because they are strong Christians committed to a noble cause, but because they have both experienced abortion personally. “I think that’s why so many women listen to us,” Clelie said. “We would never judge anyone. We know exactly how these women feel, and we know that in Christ, there is hope.”

Male sidewalk counselors are uniquely qualified to talk to the men who come to the clinic, most of whom say, “She is the one who wants this and I’m just supporting her.” Charles encourages them to speak up if they want to keep their baby. “There are plenty of men out there hurting because of an abortion in their past,” Charles said. “If they believe it’s wrong, they should make their feelings known. At the same time, they must commit to share responsibility for the child.”

Theme: every Life Deserves a Lifetime The march begins in the grassy area outside the State Capitol near Spanish Town Road and N. 4th Street. it will proceed south on N. 4th Street, west on North Boulevard, and south on River Road to the Levee green near the U.S.S. Kidd. A formal program will be held at the Levee Stage at 11 a.m.

When they are not at the clinic, the Carpenters make themselves available to schools, churches and other groups to present a class called Defending Life. The session covers the physical and emotional aspects of abortion, an overview of the history of abortion, and an animated video that explains the most common abortion procedures. Most important, the class enables individuals to have informed, non-confrontational conversations with anyone about abortion.

“The video is very effective because it’s narrated by a physician who performed 12,000 abortions during his career and is now a pro-life advocate,” said Charles. “Our goal is to make the truth known … to expose exactly what happens during an abortion and make it unthinkable.”

There are days when the Carpenters and other sidewalk counselors are unable to make any kind of connection with the women arriving at the clinic. On those days, they continue to pray – for the mothers, the babies, the nurses and staff, and especially, the doctor who performs the abortions. “Even if we are not able to make a difference and save a life, at the very least, we are honoring the lives of these babies as they pass from life to death,” said Clelie.

The Carpenters believe that the tide is turning on the abortion debate. Charles stays informed of legislative decisions and new laws that affect the issue. And Clelie is determined to get more churches to join the fight. “Just imagine if a woman drove up to the clinic and saw not 15, but 100 Christians praying for her and her baby!”

“God has called the Church to confront evil,” she said. “If this is going on in our midst and we don’t confront it, then we are accomplices. We are allowing it to continue. The blood of innocents is on our hands. If the church would show up to the battle … we would certainly win.”

If you would like to know more about the pro-life movement in Baton Rouge, contact the Carpenters at charlescarpenter1@cox.net.