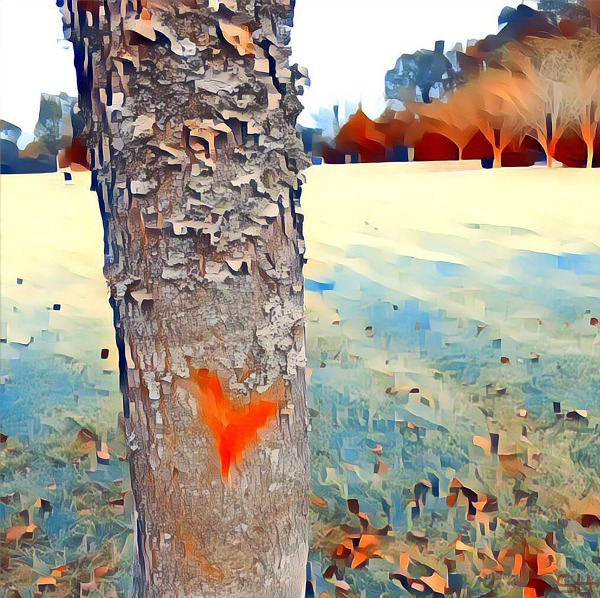 I stood there in silence, taking a photograph in my mind. I wanted to take out my phone and snap a quick still, but it probably would not have been well received by the others in the room.

I wondered if they could see the beauty that was before them, for to most eyes it was nonexistent. But for me, a photographer by trade, it was almost framed up too perfectly inside my lens eye to ignore.  I resisted.  Hospital rooms are not pretty places.  The walls are bland, the smells are bad, and the temperatures borderline frigid.  However, that September day, down that particular hallway, with those four walls, intimacy was present.My father-in-law was a super likable guy. He was friendly – the life of the party, smart and successful. He was a happy person, and when he spoke with excitement about something, his voice would do a charming

Even though we as people do not know for sure where the Garden is located, we can find intimacy with God. He has gifted us with this simply for the asking. Our pursuit of Him will not fall short.

and unique soft squeak-crackle thing, a sound typically reserved for 16-year-old boys. I miss that crackle. He was also a handsome man to whom my husband bears an undeniable resemblance.

Pops, as he was lovingly called, lived a full life before the sickness took over. Like many of us, he had seasons of walking with God. Some of his seasons were full of involvement and some near seeming abandonment. I certainly can’t speak of his personal relationship with the Lord for that is forever between the two of them, but only what can be observed from afar… and across a room.

It is a strange thing to say, but the sickness, for all its horrors, was used by God for the good of Pops. “And we know that God causes everything to work together for the good of those who love God and are called according to his purpose for them.” (Romans 8:28) The perspective of Pops transformed. He began to long for intimacy with a newfound intensity.

He read books on miracles and spoke of them with his crackle voice. He came to church with us and talked of visions of angels rejoicing in the aisles. He told my husband and me that he now realized marriage, or rather love, was so much more than physical. He gave his testimony to a tent full of strangers. He humbly reached out to past wounds with the hope of forgiveness. He found joy despite the circumstances as he pursued intimacy.

Pops got it right. After all, isn’t that what we are created for? Intimacy – created in God’s image (Genesis 1:26) for a relationship with others – animals, other humans, and God Himself. Adam and Eve were granted dominion over the earth (Genesis 1:28), and Adam was allowed to name the animals (Genesis 2:19). God shared His creation with His creation. How amazing is He! Such a good Father, initiating fellowship from the start. It is quite a thought – to freely walk in the Garden in the cool of the day; conversation among conception, surrounded by peaceful beauty, ultimate intimacy with God.

Even though we as people do not know for sure where the Garden is located, we can find intimacy with God. He has gifted us with this simply for the asking. Our pursuit of Him will not fall short. Jesus told us to “Keep on asking, and you will receive what you ask for. Keep on seeking, and you will find. Keep on knocking, and the door will be opened for you.” (Matthew 7:7)

Ask. Jesus did.  “If you love me, obey my commandments. And I will ask the Father, and he will give you another Advocate who will never leave you. He is the Holy Spirit who leads into all truth …”  (John 14:15-17) His abiding presence.

Ask. It is what Pops did that day in the hospital. After our visit was complete, he asked for pure, simple intimacy. It was time for us to leave so he could just be held. And as I watched his wife stretch her long, blue jean-covered legs atop the crisp white sheet, and lay her head next to his, beauty unfolded. The simplicity of intimacy was before me: extended time with someone who loves you unconditionally – where there is no agenda, no rush, just a peaceful, priceless moment together.

The fall from grace that happened after the apple was eaten had dire consequences, but God did not take away the wonderful gift of relationship. It is still our choice to pursue. It is available to us all. May we slow down enough to embrace intimacy – smell roses, walk in gardens, ask for hugs, carve out time for relationships, pray, sing, create, and see the beauty that is right in front of us.