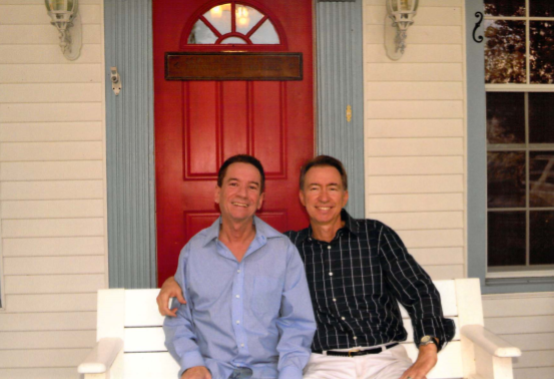 And Forgive Us Our Debts…

“And forgive us our debts as we also have forgiven our debtors.” (Matthew 6:12)

Most of you may recognize this scripture from what is commonly known as The Lord’s Prayer. Although the prayer covered several areas that Jesus wanted us to focus on, I found it interesting to note that after the prayer He stated the following in verses 14 and 15: “For if you forgive man for their transgressions, your heavenly father will also forgive you. But if you do not forgive men, then your Father will not forgive your transgressions.”

As I read this again, I noted a big focus on “But.” Jesus went on to teach on a number of things, but He discussed forgiveness first. Although the Gospel is filled with the message of love, it starts with forgiveness. Jesus tells us our Father in heaven will forgive us, IF we forgive those who have offended us. And he requires that we forgive unconditionally — no list of conditions, circumstances, rules or “buts.”

Easy to teach, easy to preach, but “ouch,” what a difficult thing to do when you are the one who has been offended. How many times do we hear, “Oh but you do not understand what they did to me” or “But you don’t know how long this has been going on.”

I admired the courage of the disciple Stephen, who is credited as being the first martyr for Christ in the book of Acts. As he was being stoned for being a believer in Christ, he shouted out, “Lord, do not hold this sin against them!” (Acts 7: 60) The first time I read this I remember thinking – could I be as courageous and forgiving as Stephen? Honestly, at that time in my life the answer was probably no.

At the Last Supper, Jesus and the original 12 Apostles were gathered to celebrate the upcoming Passover. As part of Jewish tradition, they would have washed themselves beforehand and a basin would have been present for the washing of their feet by a servant. But Jesus did something very unusual. He hung up his tunic and clothed himself with a towel, as a servant would do, and proceeded to wash the feet of the Apostles. He even washed the feet of Judas Iscariot, whom He knew would betray Him later that same night. What an act of true humility and forgiveness by the Lord of Lords!

But we do not have to just look at the Bible for great examples of true unconditional forgiveness. Look at the tragic 2015 shooting in Charleston, South Carolina at Emanuel African Methodist Episcopal Church. Nineteen-year-old Chris Singleton, whose mother was killed, shared a message of forgiveness a day later. Felicia Sanders, who survived the shooting and also lost her mother, prayed for God to have mercy on the shooter. Both said their lives would never be the same, but that they needed to extend forgiveness just as Christ would. This example of unconditional forgiveness is the message of Christ.

As most of us know, while Jesus was being crucified, He said to His executioners and tormentors, “Father forgive them for they do not know what they are doing.” (Luke 23:34). Someone once told me that crucifixion was easy for Jesus because He knew He would be coming back to life again. So I asked him — if he knew he was going to come back to life, would he be willing to let someone nail his hands and feet to a cross and put thorns in His head, after first being whipped and beaten to a pulp? The immediate answer was no. This person was my brother, Kilben LaFont, who later, by God’s grace and forgiveness, became a preacher for which I am very proud.

This was not an overnight change. My brother struggled with drug and alcohol addiction for years. A drunk driving incident cost him dearly … he broke his back in an accident resulting in two steel rods in his back. Charity Hospital referred to him as the walking miracle. He could walk, but was in pain for the rest of his life. Unfortunately, after he was back on his feet, the drinking and driving continued and he was sentenced to one year in jail, which he later professed saved his life. He accepted Christ and upon his release, we allowed him to move on to our property under some strict conditions. He joined our church and renounced drinking. It was a long path to redemption, but with a repentant heart, he proved that he was a new creation in Christ.

He worked with people who were released from prison, as well as several ministries helping people get free of drugs and alcohol. He preached the message of salvation to all he met. He was eventually ordained as an associate pastor in a local African-American church. I believe it was through forgiveness by Christ and his family, which allowed this miraculous transformation to take place. He was called home to be with the Lord four years ago, but he blesses me still.

The Apostle Paul summed it up best in Colossians 3: 12-13. “And so, as those who have been chosen of God, holy and beloved, put on a heart of compassion, kindness, humility, gentleness and patience; bearing with one another and forgiving each other, whoever has a complaint against anyone; just as the Lord forgave you, so also should you.”

Always remember that it is God’s desire to love and forgive His people.