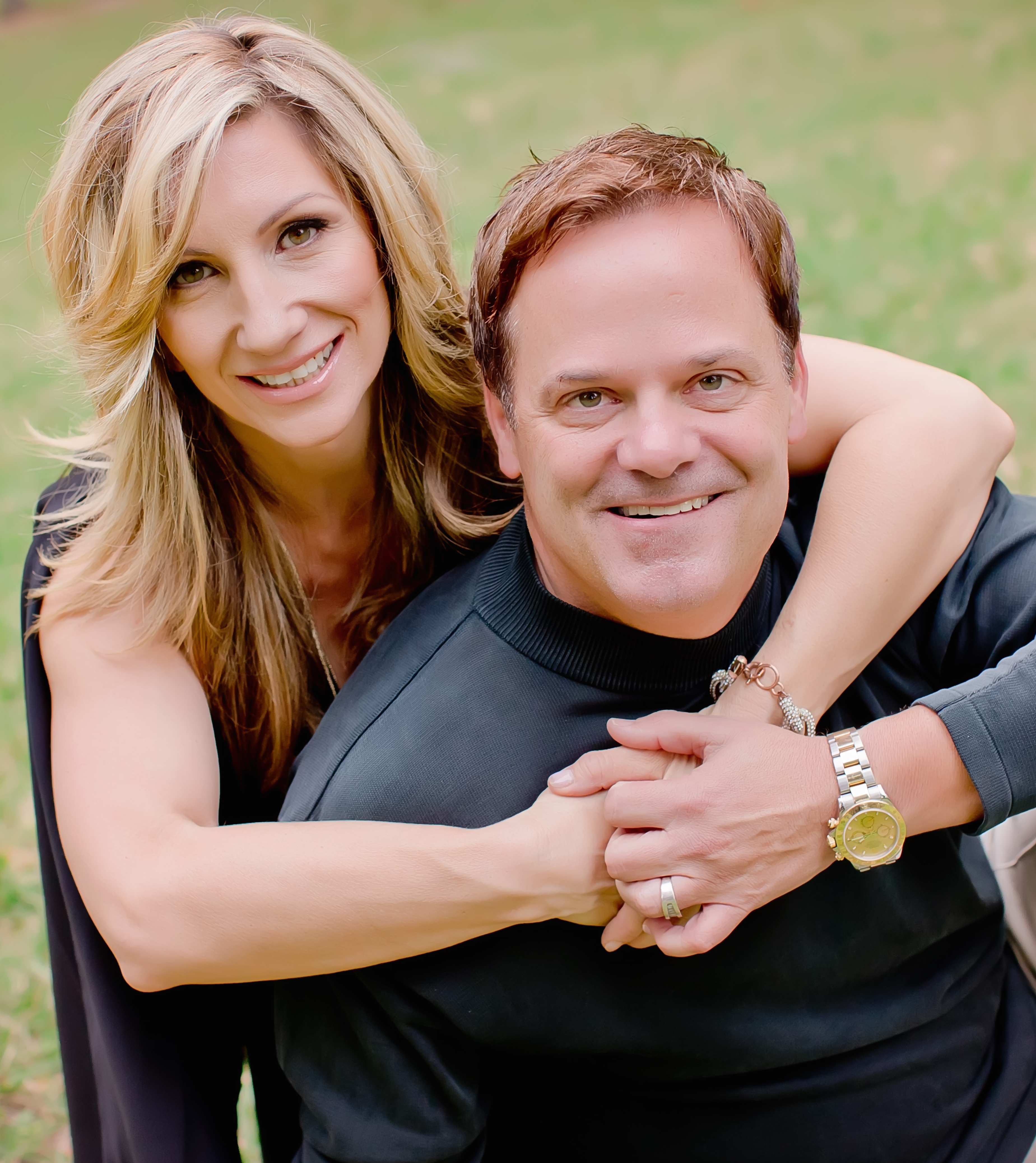 PURPOSE IN THE PAIN:

Troy and Tracy Duhon step out in
faith for world impact. 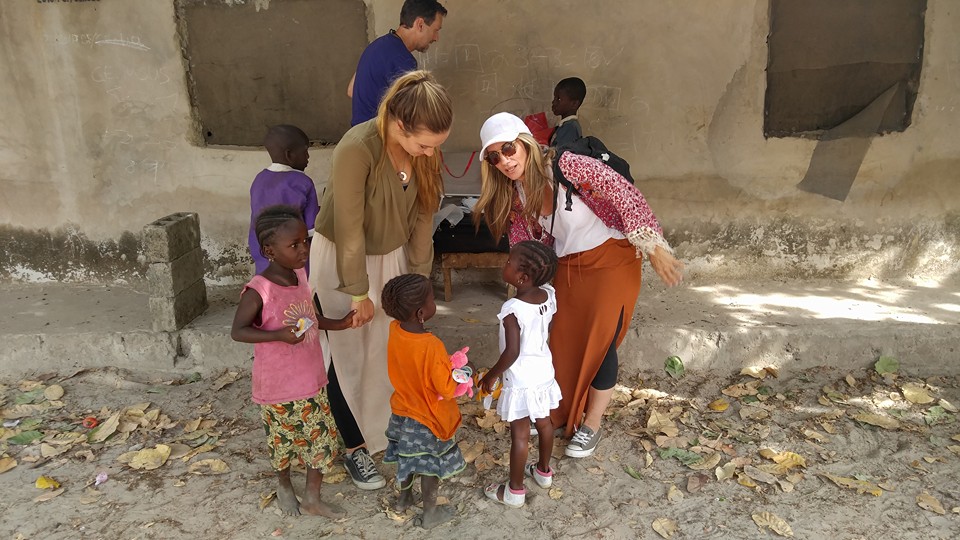 “Be careful what you pray for – God might send a Cajun car dealer,” laughs Troy Duhon. He shakes his head as he recounts the way God is using a rebellious pastor’s son to spread the gospel through the burgeoning Christian movie business, build orphanages around the world, and address human trafficking, hunger and prison re-entry from his base in New Orleans.

As executive producer of the “God’s Not Dead” series, Duhon works to equip Christians – especially young adults – to address conflicting ideas during the volatile high school and college years. The latest film, “God’s Not Dead 3,” is scheduled for release by Pure Flix this Easter season.

Duhon was sitting on a movie set in Los Angeles when he was struck by the idea. “We have a daughter (Abigail) who’s an aspiring actress, so she auditioned for a film and got the role. Because she’s a minor, parents have to go,” he said. Then, he received a phone call from a friend, Dr. Rice Broocks, author of the book, God’s Not Dead.

“He’s telling me that 65% of faith-based kids will walk away from Christianity because they can’t defend the gospel. And I’m like – that’s crazy,” he said. “All of a sudden I got hit by the Holy Spirit and I’m like, really, God, me do a movie? I’ve never done a movie in my life.”

Duhon approached David A.R. White, co-founder and managing partner of Pure Flix. “He looks at me and says, “Are you for real?” And 31 days later we signed the contract. Now, up to 40 million people have seen the film.”

The Duhons are part of a movement to take the Christian film industry to a new level. “When you do a film called “God’s Not Dead” there’s a very small market of people that are going to go to it. You’re entertaining Christians,” he said. “But when you take a story like “Hacksaw Ridge” (directed by Mel Gibson), you’re able to tell someone a story without preaching.” “Hacksaw Ridge” depicts the faith struggle of WWII medic Desmond T. Doss.

“We’re creating a new model to evangelize,” Duhon said. That includes the idea of producing horror films – popular among Millennials – with a faith resolution. “You can give them a finish that says there’s a Creator, and his name is God. I don’t care what devil you served, God will redeem you and forgive you,” Duhon said. They are also working to provide the story of Bill Wilson, the founder of Alcoholics Anonymous and stories of people who have faced hard circumstances because of their faith.

Duhon said personal tragedy often pulls someone away from faith: the loss of someone close, a broken heart, a profound disappointment. For others, it is a creeping realization that Christianity prompts questions – and they don’t have answers.

But with a faith animated by their own search for struggles, the Duhon family was uniquely equipped to embrace these issues head-on. Their own painful reality – similar to the tragedy experienced by the professor in “God’s Not Dead” – brought a stronger faith and deeper commitment to serve. But it was an agonizing process that Troy and Tracy share to encourage faith through crisis.

After giving birth to two healthy children, Joshua and Abigail, Tracy looked forward to a third baby in 2004. But she was told that the baby would not even survive her pregnancy. In faith, the Duhon family and members of their church prayed through scripture and trusted God for a miracle. But Baby Jonathan died on the day he was born. Tracy and Troy were devastated.

“You could have taken anything in this world from me – anything but my children,” Tracy said. She felt that God had let her down. “We did not receive our miracle the way that we believed.” But Tracy said God was working out a different plan – one that took shape with wave after wave of trauma.

In 2005, Hurricane Katrina flooded four of the car dealerships in their New Orleans-based business. Some 1,200 cars were under water. Troy set up a relief center for the community in his Honda store. Soon, they were servicing 1,200 cars per day. “What was incredible wasn’t the number of cars, it was the joy of watching our employees give back,” Troy explained. “And from that moment on, I made a decision that it was never going to be about how many cars I sold, it was going to be about how many people that I could bless.”

Then, tragedy struck again. In May 2006, their son, Joseph, was born and lived only seven hours. “Losing one child was pain enough, and then it happened a second time. Truly you’re going to doubt your faith,” Troy said. Depression set in, along with self-doubt: was there something in his past that caused present pain?

“It was way too much for a mama to walk through. I was totally broken,” Tracy said. “And one day in the shower I cried out to the Lord, screamed, yelled at him, ‘Why don’t you just take away this pain?’” Then, she sensed God’s direction; as she emotionally released her baby boys to him, she began to move forward. “I chose to obey one day at a time. He asked me to be faithful with what is in my hand, and at the time it was Joshua, six years old, and Abigail, three years old, looking up at me. Joshua said, ‘I’m going to keep kissing you ‘til you stop crying, Mama.’”

“You begin to try to justify or rationalize without knowing that God truly has a plan and a purpose,” Troy said. “Because if those events hadn’t happened, I don’t see myself here today adopting, building orphanages and doing the things I’m doing.”

“My pain became my purpose,” he said. “I told Tracy, ‘Baby, you’re going to be the mother of many before we go to heaven. I will build 20 orphanages – that’s my goal.’” In the meantime, Tracy gave birth to another daughter, Avah, now age 6, and they gained a daughter through adoption. Anna, now age five, was brought home from China in 2012.

“The extravagant love of God loved me back to life – gave me a passion,” Tracy said. There are three lessons she passes along to others. First, there is purpose in your pain and you must choose to let it go. Then, you must tell yourself and others that God has not failed you. Finally, you must recognize that there is hope, and while you’re waiting on your miracle, become a miracle for someone else. “God gave me the word Hope, and he told me never to let go of it. And H.O.P.E. became Helping Other People Every day.”

Gradually, God began to reveal their purpose: “for I was hungry and you gave Me food; I was thirsty and you gave Me drink; I was a stranger and you took Me in; I was naked and you clothed Me; I was sick and you visited Me; I was in prison and you came to Me.” (Matthew 25: 35, 36). The Giving Hope Foundation began to take shape. They commit a small portion of each vehicle sale to the foundation’s work.

Through their non-profit, the Duhons established Hope for a Home to help families with international adoptions. They built orphanages in Honduras, India and Africa, and plan a ribbon cutting for the orphanage in Moscow, Russia in July. Through a partnership with the New Orleans Mission, they have built the Giving Hope Retreat Center to serve men and women who face the challenges of addiction, mental illness and physical or sexual abuse. A Women’s Pavilion provides 100 rooms to battered women, victims of human trafficking and formerly homeless women. Giving Hope also works with inmates released from the Louisiana State Penitentiary at Angola through the New Orleans Mission.

Another branch of Giving Hope – H.A.T.E., Hope Against Trafficking Everywhere – educates and provides rescue and recovery for victims of human trafficking, the fastest growing crime in the world, with an average age of 11 to 14-year-old girls and boys.

Giving Hope operates a full-staff kitchen that cooks 1,000 hot meals every day in one of their car dealerships. Their food pantry partners with Winn-Dixie, Wal-Mart and Second Harvesters to provide some 2.5 million pounds of food a year.

“So, I’m here to tell you today: God did not fail me, he has not failed you,” Tracy said. “His word came to pass in our life. But it came to pass much greater and much different than I had imagined.”

Their pastor told them, “The miracle of your sons living would have been incredible, but the miracle is that you and Troy are holding hands, walking back in church, moving forward, trusting God, because people can relate to your pain. They need to see someone who dared to believe and move forward and trust God again – that he can take it and turn it around.” 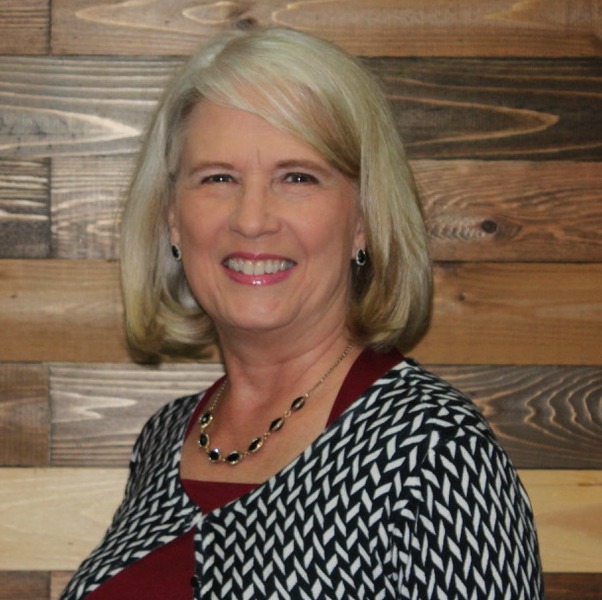