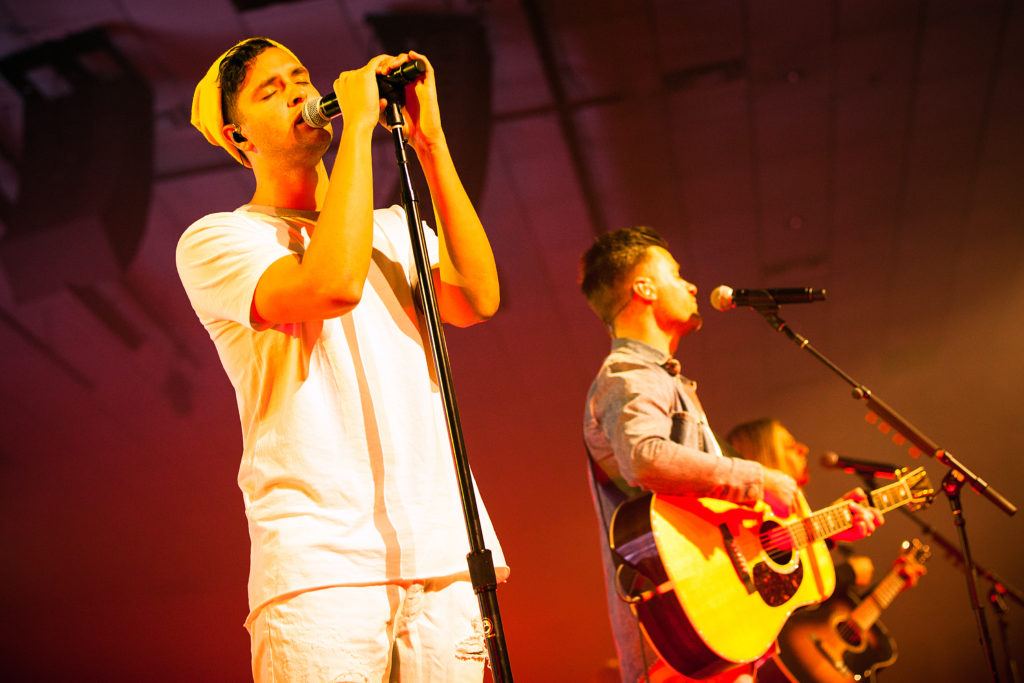 The room goes dark, and the crowd starts to cheer. Anticipation builds, and then in a unified moment of energy, song and light erupt as the room comes to life. Smiles and singing, clapping and jumping – the response would most likely be similar in just about any culture, although the note structure and outward expression might vary – the joy that music brings is a seemingly collective reaction from God’s created ones. The powerful combination of spoken word and melody amazingly appear to intensify when it is purposed for His glory.

I was privileged to get the personal thoughts on the power of song from one of today’s most well-respected musicians, Ben Fielding. Fielding serves in the immensely popular group Hillsong Worship as Worship Leader and Songwriter. In fact, he and fellow Hillsong member Brooke Fraser just earned a 2018 Grammy Award for Contemporary Christian Music Performance/Song with “What a Beautiful Name,” which the band performed as part of their There is More Tour at Bethany Church (Baton Rouge) in April.

The night started with what Fielding said is a song that has meant a lot to him personally, “Who You Say I Am.” The song, which he co-wrote with Reuben Morgan, also of Hillsong Worship, serves as a reminder of whom God says we are. “Competition for our identity is insidious” Fielding stated. He explained that once we are saved, “You are no longer a slave to sin, (the power of sin was destroyed through the death and resurrection of Jesus) … but you are a child of God, a son or a daughter” … with a “permanent place in a family, a son or daughter will belong forever.” (John 8:35-36) The words in verse 36 “So if the Son sets you free, you will be free indeed” are closely paraphrased in the song’s chorus.

Fielding said he is “an ardent believer in the necessity for the songs we sing in our churches to be firmly founded in the scriptures.” He relies on divine help to accomplish this mission. “As a songwriter, I need the Holy Spirit to illuminate (the) truth of who God is and what He is wanting to say to and through His Church.”

The message the team is bringing in this season with their 26th live praise and worship album There is More comes from a place of cohesiveness as the album, tour, conference, and book by Senior Pastor Brian Houston all carry the same name.

Houston, who also attended the event at Bethany, spoke to the full house on living larger and digging deeper. He referred to the story in 2 Kings, Chapter 3, during the time of war between Israel and Moab when Elisha prophesized about the dry valley being supernaturally filled with pools of water. It happened just as the prophet said. The next morning, after the sacrifice was offered. Houston explained, “The water was already there” – the people just had to dig deeper in their faith and believe God for it.

As the stage was given back to the musicians, and the team led the room in worship, the presence of God fell on Fraser. She openly shared with the crowd, on two separate occasions, what she believed to be a word from the Lord for three individuals in the building that night. Fraser’s emotional performance of the team’s new song, entitled New Wine was powerful, and Hillsong member David Ware offered a salvation prayer.

The night ended with dancing, as Aodhan King of Hillsong Young & Free led the party with the popular songs Alive and Real Love.

The days of our walk can often be challenging, so it is imperative for us to remember that sometimes the room goes dark before song and light erupt to bring forth renewed life. We can take comfort, however, that it is always there. We often just need to dig deeper. Joy does come in the morning. Ultimately our lives, just like music, can be a blessing to those we encounter if we are purposed for His glory. 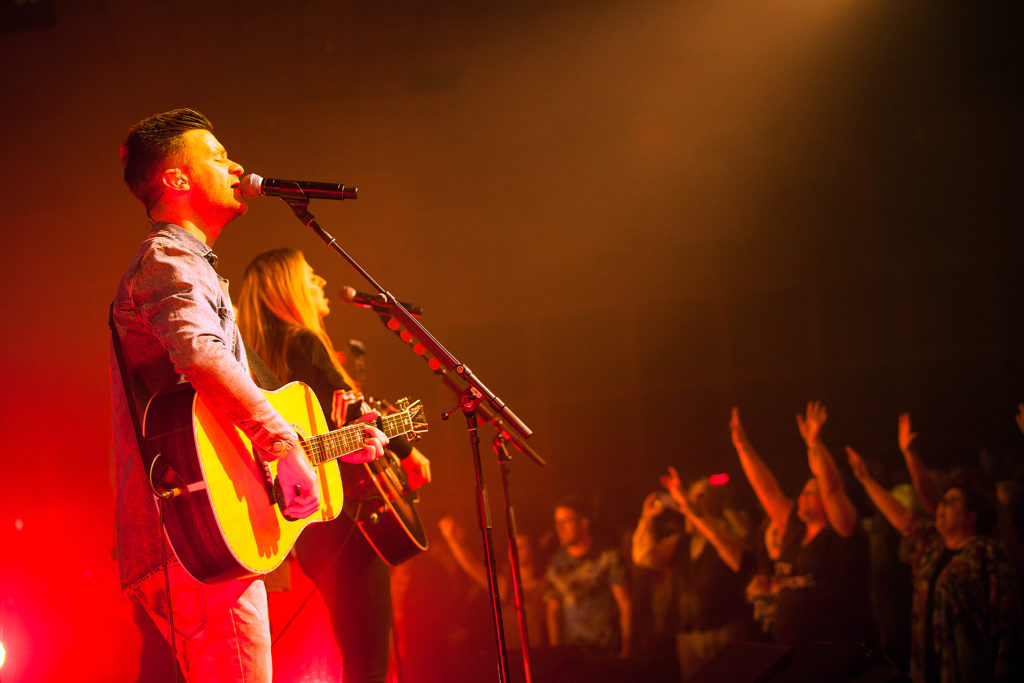 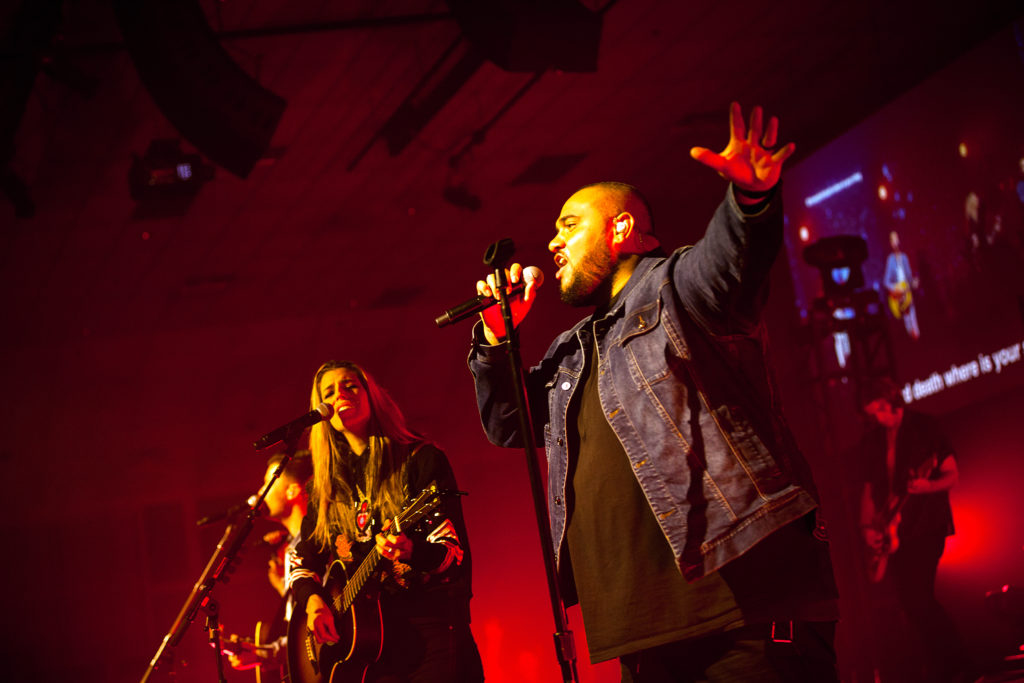 Sharon Holeman is a writer and photographer living in Baton Rouge, Louisiana. She was the project creator, coordinator, and co-author of the book Backyard Miracles-12 American Women , 12 True Stories, 1 Miraculous God. Previously published in Her Glory and Inspire Louisiana. She is a graduate of the University of Texas at San
Antonio and The Art Institute of Houston. She is currently attending Bethany College to further her pursuit of the Lord and His Word.