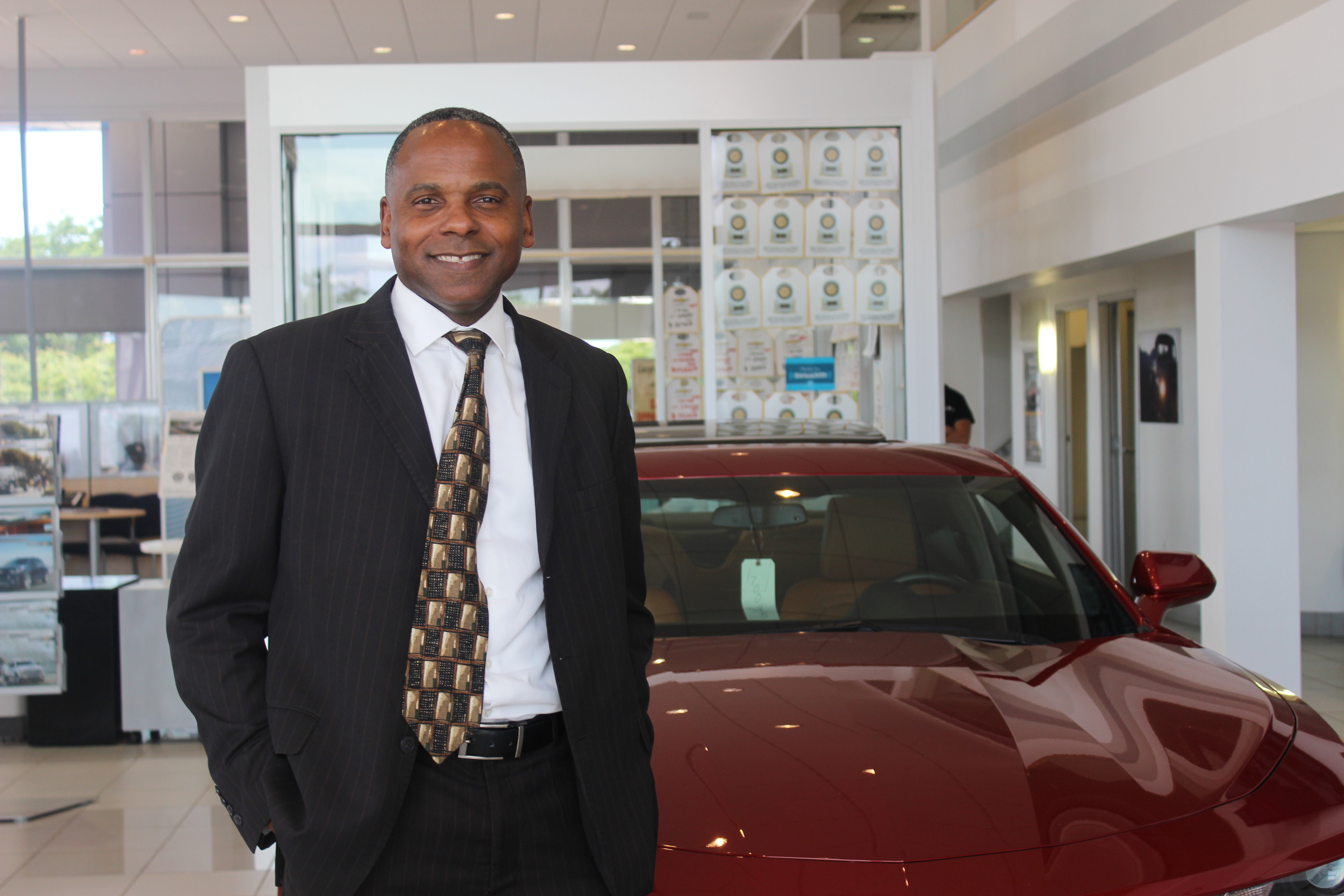 William started with us as a salesman almost 20 years ago. He moved up to management by an impressive commitment to hard work and a true sense of doing the right thing for customers and has also been a company man during this time. He has shown Christian values throughout his career, which has impressed me personally. We promoted him to general manager 5 years ago at Gerry Lane Chevrolet. He has continued to work hard and keep our store as the number one volume chevy store in Baton Rouge for 31 straight years. Thanks William for being a committed Christian and valued employee. Eric Lane, President of Gerry Lane Enterprises. 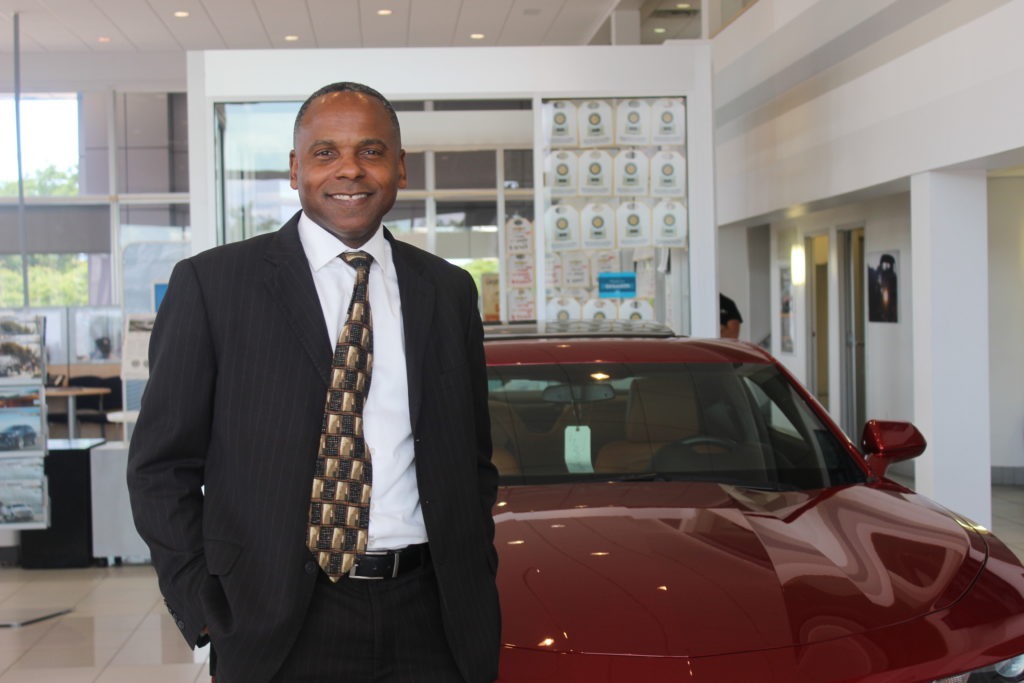 With hard deadlines, client demands and the ever-changing landscape of technology, today’s business climate can seem cold and methodical, one completely closed off to expressions of faith. For many Christians, that means it’s often difficult to display their spirituality at work.

But for William Holmes, the general manager of Gerry Lane Chevrolet, bringing Jesus to the job is as simple as taking a breath. To cloak or hide his faith would be unrealistic since, as Holmes explains, it not only guides his next step, but also offers him an assurance for the future.

“My sight is my faith,” he said. Since starting work as a car salesman with Gerry Lane in the 90s, and through his current leadership role at the Chevy store, Holmes has achieved much. Professionally, his hard work has led to many accolades, including the dealership’s “Mark of Excellence” award. Spiritually, he has witnessed and led colleagues to Christ, encouraged others around him to find and use their God-given talents and solidified true Christian friendships with previous and present customers.

To this day, Holmes remains humbled by what God has allowed him to do. But surprisingly, this ordained minister and active member of Family Worship Center in Baton Rouge wasn’t always eager to serve Christ. As a young man, he was more concerned with doing things his way.

“I thought I was a good person. I didn’t care too much for drinking or smoking, and I just tried to live a good life. I thought that was sufficient,” Holmes said, adding, “I didn’t go to church.”

Life, though, would soon point him into another direction, starting with his first job at Sizzler Family Restaurants.

“I enjoyed having my own place to live and being able to have other things. Work provided that,” he explained.

In the short years that followed, Holmes quit college to work full-time and married his wife, Sheila, who he met on the job at Sizzler.

Fortified by a strong work ethic, Holmes found success quickly in the restaurant industry. But even as he received promotion after promotion, he knew something had to change.

Still Holmes continued to push himself, even taking on another job stocking shelves at a grocery store at night.

“My wife and I made the decision early [that she would stay home with the children], and I did whatever I needed to do to make sure that happened,” he said.

Then everything changed. “One day, I got a call from my manager. He wanted to talk with me, and you know what he said? They [the Sizzler Family Restaurants] were closing down. I was devastated,” Holmes admitted, adding that even though he was treated well during the separation, his job loss was sudden and difficult to handle.

The next Sunday, he decided to join his wife and children as they left for church. “I don’t even remember now what the pastor was saying, but I just remember the Holy Spirit coming down on me and God saying, ‘Do it your way or my way.’ I was just staring at the pastor, and I made a decision in my heart right there,” said Holmes.

“I just walked up and did an altar call, and I told the pastor I wanted to give my heart to God,” he explained. That was the beginning.“Early in my Christian walk, I heard someone say, ‘Whatever you render to the world, God will expect you to render the same to him.’ So, I carried that same diligence and that same work ethic my dad taught me, and I just gave myself totally to the ministry,” Holmes said.

From attending classes and other activities to serving, even cutting the grass if that was needed, Holmes was committed.

Career-wise, he decided to leave restaurant management and began a new job as a cook. While working one night, a customer asked to talk to him. From that faith-filled conversation, he said he knew he was on the right path. He then began to listen more and to trust God more with his future, which eventually brought him to a sales position with the used car division of Gerry Lane.

“I got into it like I did everything else, I just worked hard and kept working and working,” Holmes said. But he struggled with some aspects of the new job. In the industry, he had found examples of deception and darkness. “I asked God why he pulled me here, and I was told, ‘because you are a light in the darkness,’” Holmes said.

Understanding now what he was called to do, Holmes began to work harder. He committed himself and the job to God, allowing God to work through him. He noticed positive changes taking place.

Then, he said he felt the Holy Spirit was leading him away from the car business. But as he started to move forward in that direction, he discovered a different path being created, one that God was obviously preparing for him all along. “I was offered the GM of the Chevy Store,” he smiled. “This is how God works.” 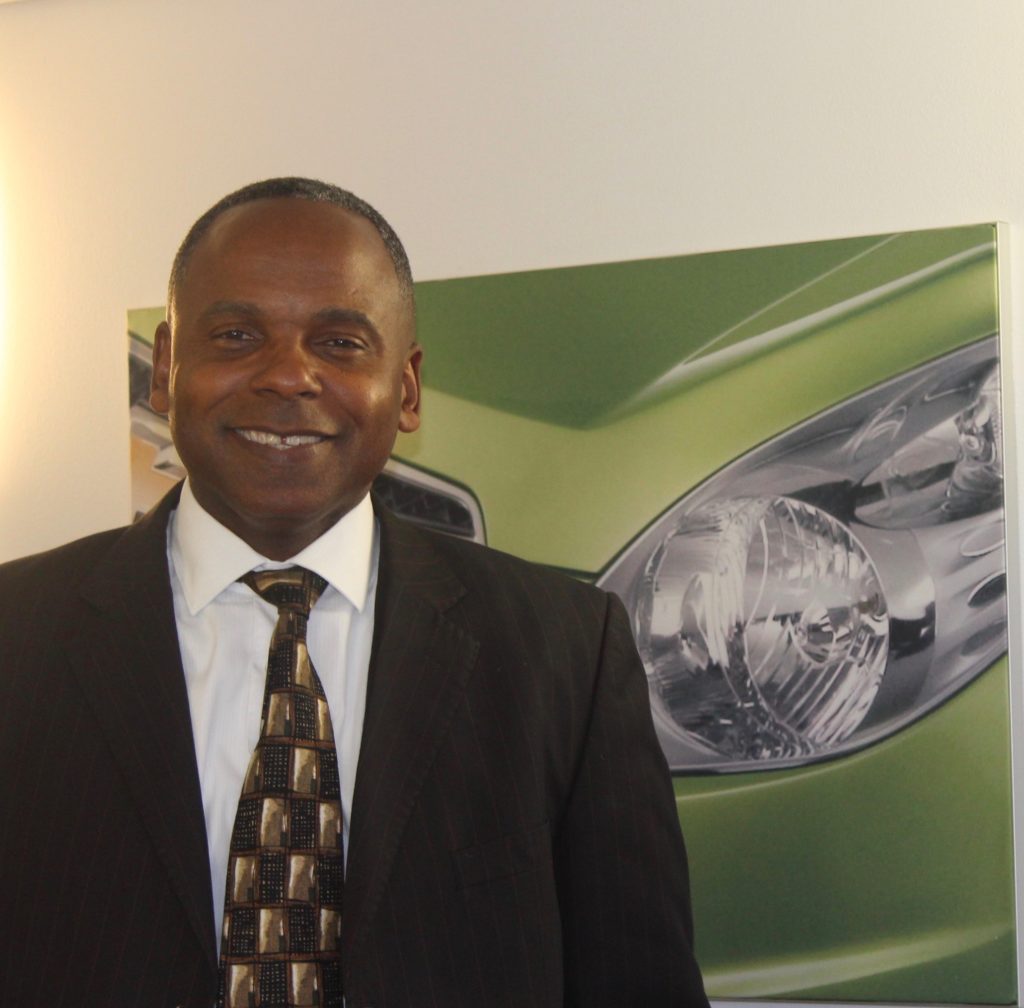