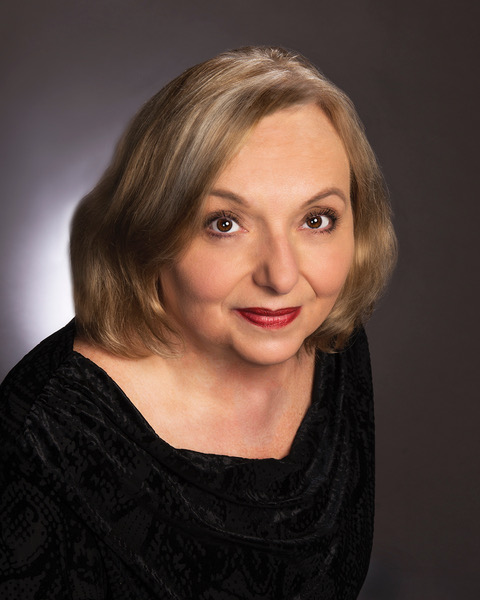 Did something ever happen in your life that you felt was simply meant to be?

If you believe in Divine Providence, it isn’t fate or destiny or luck that intervenes. It’s God revealing his hand in our lives and through love and wisdom, directing all things.

If ever there was a moment of Divine Providence in my life, it happened in 2013 when I received an email from a young man in England, a complete stranger who had been a student at an academy run by Scott Rogers in the 1990s. Rogers had been accused of sexually assaulting a 12-year-old boy, but his two-week trial in London where he produced 17 character witnesses, ended in a hung jury. Rogers left England in disgrace and ended up in Baton Rouge, reinventing himself as host of a weekend TV show and emcee of many local charitable events.

His former student wanted to warn our community that Rogers was a dangerous child predator who had abused his students for at least a decade. He was able to locate Rogers because he found a letter to the editor I wrote that was published in The Advocate newspaper online. I wrote the letter to correct false statements Rogers had made, and by naming him, I unknowingly helped one of his victims end a 13-year search for Rogers. Faced with his request for help, I felt the best thing I could do was connect the young man with federal law enforcement agents.

A year-long international criminal investigation followed, revealing that Rogers made false statements to become a U.S. citizen, obtain a concealed weapons permit, become a foster parent and adopt children. Two little boys he had adopted were removed from his home and a federal grand jury was empaneled to consider charging him with fraud and extraditing him to England to face more serious assault charges there.

I wrote the book, Familiar Evil, in collaboration with the British abuse survivor who contacted me (called Ethan in the book) and Mary Jane Marcantel, a paralegal who assisted us. The book takes readers behind the scenes of the investigation and reveals how dangerous child predators operate.

Ethan wrote a chapter in Familiar Evil and explained his decision to email me after compiling a list of local people he found through his online research to have connections with Rogers.

He described the moment when he chose to send only one email to me after reading my letter, hoping justice for the children would bring healing:

“It was late in the afternoon; it had just turned 5 p.m. Here I was. Standing at the cliff, nothing but darkness. As I drafted my email, I knew. This was the beginning. As I pressed send, I felt like I leapt off the edge of a cliff into the darkness, alone. As I fell, a hand caught me. A hand caught me and pulled me into the light.”

It still brings tears to my eyes to read how difficult it is for a survivor of child sex abuse to reach out to someone and tell their story. What gave Ethan the courage to contact me was the thought that Rogers would still be abusing children.

Providence changed both our lives that day.

Ethan said he began to heal from the years of abuse he endured as a child when he connected with me, and together we began to search for a path to justice for Rogers’ victims. While we hoped those young men would find that justice in a court of law, Rogers chose the coward’s way out, orchestrating a murder-suicide plot with one of his victims that left both men dead.

Only now do the survivors of his abuse finally feel free. Ethan described it as a feeling that everything was supposed to happen the way it did.

I speak throughout the country on Familiar Evil and people are always amazed to learn that Ethan sent one email to one person and this entire story unfolded as a result. But something told me he was telling the truth the instant I received his email.

Rannah Gray is a public relations consultant whose career highlights include Louisiana’s two favorite pastimes—politics and sports. Her work as a media producer has been honored with numerous national awards. Politics Magazinenamed her one of the Top 100 Influencersin Louisiana; and she was named Marketer of the Year andone of Baton Rouge’s Influential Women in Business by theBaton RougeBusiness Report.

She previously served for 13 years as Associate Athletic Director at LSU, managing marketing, promotions, radio, television, and ticket sales for 20 sports. Prior to that she was Undersecretary to the Louisiana Secretary of State.

She is a graduate of LSU with a B.A. and a Master’s degree in Journalism.

Rannah currently provides expertise in advertising and public relations to a broad base of clients.

Her first book, Familiar Evil, is a story straight out of the headlines from Louisiana to London and follows the international search for TV personality that exposed his dark side as a child predator. Released in November 2015, it has won 12 national and international book awards, including eight Gold Medals for Best True Crime and Best New Nonfiction.

Because of the lessons that can be learned from Familiar Evil, Rannah was invited to serve on a committee of experts for the national Center for Child Policy; and was a presenter at the 10thInternational Congress on Child Abuse held in Coventry, England in April 2018.