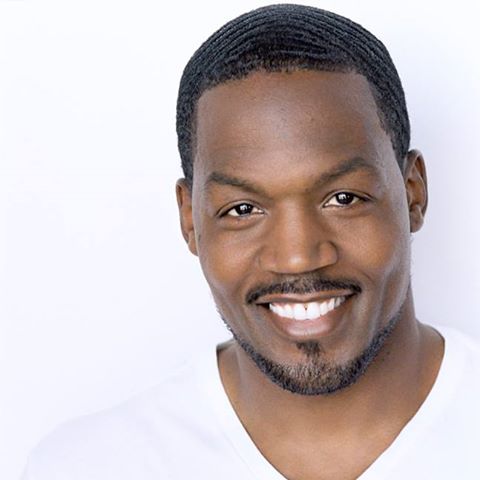 Meet T.C. Stallings face-to-face and his unabashed enthusiasm for his faith is infectious. Since his acting debut in the 2008 Kendrick Brother’s film, “Courageous,” Stallings’ larger-than-life screen presence in “War Room” and “A Question of Faith” cemented him as a star in the Christian film genre.

Christian-life reflected in twenty-first century genre is the Platonic/Aristotelian mimesis, that is, Art Imitates Life. To borrow the 1960s spaghetti western title, audiences of Christian-themed pictures generally — whether they want it or not– get the good, the bad and the ugly. As the leading male in the powerful film on the power-of-prayer, “War Room,” T.C. portrayed Tony as the ambitious, worldly husband opposite Priscilla Shirer as his wife Elizabeth. Christian men can easily see themselves in the part of Tony — driven by the treasures of the world and separated from the notion of storing treasures in heaven.

There has been an explosion of religious-themed movies since 2006 when “Facing the Giants” inspired Christian audiences. Many mainstream productions tiptoe around the edges of Christianity, careful to avoid offending a viewer. But unapologetic Christian producers have cranked out dozens of films that are less timid in portraying what Christianity is about – a struggle to surrender to Jesus and reject what the “world” expects. Maybe the best thing about this form of entertainment is that there is always a happy ending.

Stallings was bitten by the acting bug and at the very last minute got the role of T.J. in “Courageous.” After the movie, the bug bite grew into a full-blown desire for a career away from his roots as a football player.

Following his career as a star running back at the University of Louisville and several professional stops, TC was working as a sports commentator and game analyst in his adopted hometown of Louisville. Stallings and his wife Levette prayerfully decided to move their family to southern California.

As a Jesus-follower, Stallings was committed to maintaining an uncompromising commitment to his values and to rejecting any opportunity that did not fit. It proved challenging. Forced into a job as a youth pastor to make ends meet, Stallings’ position lasted just one year. After a year of struggling to find roles, dejected by the job loss, the aspiring actor faced a potential return to Kentucky. But God had another plan. The lead role of Tony in “War Room” was offered the same day as the youth pastorate ended. And, as the old saying goes, the rest is history.

The genre isn’t always a sophisticated representation because of its “B-movie” budget constraints– woefully low compared to the mega-million-dollar major studio productions. It is not always as commercially successful, partly because of the same financial considerations that limit marketing and promotion, but probably even more so because of the progressive-secular nature of post-modern, mainstream audiences that outright reject a Christian theme as irrelevant to their lives. “War Room” crossed over to a broader audience than most of the genre’s films, which is what people of faith should hope will happen. But, sadly, these movies, which are quite cathartic, go unseen and unsupported even by many Christians.

Hilton and Rebecca Glass have a film ministry based in Biloxi, Mississippi. Hilton promotes Christian films across the Gulf Coast from Florida to Louisiana. His story probably sums up why many believers are reticent to invest their time to go see movies from the genre. “Rebecca coerced me to drive 60 miles to Mobile to watch a faith-based film, made by a church on a very low budget. My thought was “No! How hokey of a movie can that be?” By the end of “Facing the Giants,” Glass’ perspective changed completely. “At the end the sports announcer exclaimed, ‘I can’t believe what I’ve just seen’ and the hairs stood up on my arms. God was speaking to me. It was crystal clear at that moment that ‘I can’t believe what I’ve just seen’ was not about the movie – it was how God can use movies as an instrument to reach His people,” Glass remembered.

Despite the challenges, Christian film and television are expanding. Independent producers continue to come out with new products. One such film is “Beautifully Broken” by D-3 Productions in Nashville headed by nationally-known entertainment industry promoter Michelle Duffie. Just released in theaters on August 24th, Beautifully Broken is a story of a refugee’s escape, a prisoner’s promise and a daughter’s painful secret as they converge in a powerful true story of three fathers fighting to save their families.

Pureflix, an industry-leader, releases three new films this fall. Ashley Kelly from Pureflix is promoting the three releases back-to-back. The first is “Unbroken: Path to Redemption” based on the book by Lauren Hillenbrand that comes to theaters beginning September 14th. It tells the part of the story that the 2014 secular production by Angelina Jolie failed to share. Louis Zamperini was an American Olympian turned World War II airman who survived 47 days on a raft adrift in the Pacific only to be captured and held prisoner in a hellish Japanese camp. That is where Jolie’s “Unbroken” ends. The Pureflix film begins after the war when Zamperini is consumed by hatred and a desire for revenge against his captors. Zamperini accepted Christ at the famous 1949 Billy Graham Los Angeles Crusade. The “path to redemption” is the best part of the story, a man who forgave his captors and launched a 60-plus year career as a Christian evangelist.

“Little Women” is an update of the classic story by the same name. On the 150th anniversary of the release of the novel by Louisa May Alcott, actress Lea Thompson brings the heroine Marmee to life in a 21st Century setting. Ashley Kelly, director of Pureflix Global Strategic Alliances Marketing, shared that “Pinnacle Peak is releasing the first-ever modern retelling of the beloved classic, LITTLE WOMEN, bringing the same sisters to a new generation to celebrate dreams, family, and unconditional love in theaters on September 28. This movie celebrates the lifelong bonds of family, friendship, and sisterhood!” Pinnacle Peak also created ideas and opportunities for women’s ministries, schools and youth groups tied into the release date.

Hilton Glass hosts a prescreening of “Indivisible” in Baton Rouge shortly after Labor Day, prior to its national release October 26th. It gives real insight into the impact of war on military families and their marriages. The story is for married couples reminding them of the reality that the most important battle they wage is the fight for their marriage.

These are just four Christian-themed movies, all worthwhile and family friendly, despite some challenging real-life themes. Yet these films are without gratuitous violence, profanity or sexual explicitness or even innuendo. It would bless the producers and actors for the body of Christ to flock to the theaters, and no doubt also bless the believers who see the films.

As one of the industry’s biggest stars, T.C. Stallings’ vision is a Holy Spirit led opportunity to take his celebrity and talent to drive the industry to new heights. There is no doubt that he has the charisma, energy and the character to succeed. T.C. prays daily for God to grow him in His purpose and close the doors that aren’t in line with God’s will.

“I’m just a guy that watches TV and movies,” he said. “I’m burdened by what I see. Rather than complaining about what’s on TV and what’s in films, I just ask God to give me a platform to be a content creator. I don’t want to be at the mercy of other people to get it done,” Stallings added. But he has put action to the words. “I’ve started Purpose Studios. My company is Team TC Productions. We want to look for those who don’t want to compromise their faith and give them an opportunity. There are other people being told ‘no’ and doors slammed shut.” In the future, he hopes to transition to television.

Stallings is not alone in the concept of real family-oriented programming, not just on the big screen, but also on the small screen in the living rooms of families around the world. One such company is Pureflix.com, the streaming service of Pureflix that offers a variety of programming. Not everything is exclusively Christian. But all films and television programs are family-friendly! It includes a lot of the old standard television series from the 60s and 70s.

The future looks promising for Christian-cord cutters to find pay-per-view alternatives to Netflix, Amazon, and other streaming providers. There are intriguing opportunities for Christian programming because streaming takes it beyond American households and opens up worldwide access. For the fulfillment of the great commission, Christian television and films represent an amazing, if a little daunting, chance to reach into tens of millions of households. The key then becomes how to get potential viewers to tune in to this type of programming so that they might be impacted by it.

For generations, the American film and television series distributed internationally created a paradigm of American life. Value-based entertainment from Christian-themed organizations might similarly shape the views and touch the hearts of peoples around the world. Streaming means more people may be reached for the Kingdom in a matter of minutes than through years of grinding missionary work. Moreover, it is likely these programs could make the work of missionaries a little easier, possibly softening the non-believer or even the unreached to be more open to Christ in their face-to-face time spent with the people taking the gospel around the world.

Fred Townsend is the husband of Beth Townsend, Publisher of Baton Rouge Christian Life Magazine. His 45-year career in marketing is an eclectic collection of work in everything from political campaign consultant to television producer and executive positions at two Fortune 500 Companies.