Publisher’s Note: The September edition approached the faith-based genre of entertainment from Aristotle’s proposition that Art Imitates Life, in other words, the movies accurately reflect the daily struggles of today’s Christians. This month, the focus shifts to how in the last fifty years the secular, pop-culture-driven media pushed an agenda so that indeed Life Imitates Art; and, how technology actually gives the Christian community a chance to counter the secularist  agenda by providing value-based, traditional entertainment.

Greg Gudorf, chief executive officer of Pureflix.com, is a former tech-guru turned entertainment executive. In an interview (with publisher Beth Townsend that you can watch in its entirety on the Baton Rouge Christian Life Magazine YouTube Channel), Mr. Gudorf recalled nostalgically, “there was a time when you could watch a movie whether you were five years old or 95 years old. A lot of people don’t know that the church was actually involved with Hollywood in the early years helping to guide and shape the message of those movies. In the late 50s and early 60s the church began to pull out. In the mid-sixties you can begin to chart very dramatically the rise in language, sex and violence.”

Oscar Wilde, a leading 19th Century British intellectual, proposed the anti-mimesis. For 2400 years it was accepted that art imitates life. Wilde challenged that the opposite was true, e.g., life imitates art. Seventy-five years after his death, 20th Century technology advanced the influence of art definitively enough to support Wilde’s point. Television allowed “media art” to be distributed universally into living rooms. People became addicted to television to the point it was derisively referred to as the “boob tube”. Pop culture was born.

The media arts didn’t go from G to R-rated overnight. Dr. Charles Stanley (First Baptist Church, Atlanta) teaches that America’s culture was once moored in a safe harbor. Then it got loosed and set adrift. Gradually, our culture drifted further and further and further still from the core values that anchored it. If the drift began in the mid-1960s, when the church lost influence in Hollywood, by the 1980s advancing technology created a tidal wave of change.

The shift was first facilitated by videotape recording technology. The idea was simple. Record what you wanted to watch at your leisure and fast forward through commercials. There wasn’t much to record. Cable television was just starting to spread across the country. It was strictly regulated and programming choices were limited. Then Congress deregulated cable television in 1984. At the same time, film distribution changed dramatically when a Texas oil man started a videotape rental store, which became Blockbuster Video. At its peak, there were 4500 Blockbuster locations and thousands of competitive outlets. Anyone could rent pre-recorded movies. Video rental enabled people to view anything they wanted at home. (Arguably some they would not have seen at a theatre lest they be embarrassed by someone seeing them going in.)

Gudorf shared some eye-opening data. “Parents’ TV Counsel did a survey recently and found that most of what passes for family content on normal TV — 81% is content of a sexual context and 94% of it has language issues,” he said. “Very different than what others might call family. At the same time the growth of media in our life can’t be ignored. There was a time when mom would just say, ‘Turn that off.’ Right? And that was the end of it. But now media is a part of our life. A child growing up today will spend six times more time with media than in school. Worse yet, 32 times more time with media than the time they spend with their parents. The stats are just scary. In 1970 the average age for a child to watch TV, interacting with media, was four years old. Today, they begin interacting with digital media at four months old.”

In pop-culture, life indeed imitates art. After 50 years of drifting, the results surround us. Profanity-laced conversation mirrors TV and movie talk. Dehumanizing gratuitous and graphic violence diminishes the value of life. Blatantly sexualized messaging robs youngsters of their innocence and leads to downright disrespect between sexes. Glorifying anti-heroes impacts any viewer, but especially the young people who are the most impressionable.

Ironically, however, if technology created the media age and helped fuel negative trends, streaming technology promises a potential solution through more and better choices. Fortune Magazine (Cord Cutting Isn’t Going Away, by Aaron Pressman July 24, 2018) reported that “an estimated 33 million consumers will have cut the cord by the end of this year, rising to 55 million in 2022.” The reasons are many, but simply put, streaming services allow consumers to make choices on programming they prefer.

Despite the perception that Christianity is dying in America, the potential audience for both faith-based and real family-friendly television is enormous. Gudorf shared surprising marketing numbers. “There are 125 or 130 million households in the U.S. Ninety million of them self report as Christians,” he said. “There are 20 million households that will tell you they make their choices, whether it’s their businesses, the restaurants they go to, the videos they watch — they make their choices based on how it aligns with their faith. Today’s word of mouth is social media. It’s digital. So Pureflix.com has been working hard in the social media to bring our message and encourage people on the positive trend and to try the Pureflix.com special offer of one month free. The question comes back to whether you cut the cord or not, the issue is to recognize that what we put into our minds and hearts is what comes out. We have to seek the good, the positive, the uplifting message. At Pureflix.com we don’t always get it perfect. But we always strive to give positive, uplifting messages on the platform.”

Therefore the success of streaming services with family-friendly and faith-based programs depends on the number of Christian households purchasing the services. There are a handful of streaming services that offer faith-based programs. As one of these, Pureflix.com thinks growth and success requires thousands of consumer choices on the platform. Pureflix subscribers can choose from thousands of programs. There is a wide variety from classic televisions series, such as old westerns like Roy Rogers and the Lone Ranger, classic sitcoms like the Lucy Show, dozens of children’s series and movies, faith-based education, and popular theatrical movies like Fireproof.

Gudorf explains the growth of the service. “We’re continuing to grow the number of devices that we support,” he said. “You can now get Pureflix.com on Microsoft Xbox gaming platform. We’re always adding more content. We’re licensing programs as well as offering content we produce. For example, recently we added content from the Answers in Genesis organization. They intend to offer all their content on Pureflix.com. We have content that we’re working on in the way of originals. We have a Hope Opera — we were calling it a soap opera, but a friend said call it a Hope Opera. The first one was Hilton Head Island which had a successful first season. It features soap opera stars. The other is a situational comedy, Malibu Dan the Family Man. A second season is coming soon.”

The original program Faith Talk is a conversation-based program that came out of a dinner party where Gudorf and others discussed the difficulty of just good conversation in a sound-bite world. The show airs on Pureflix social media channels and it is archived in its entirety on the Pureflix.com site. It includes many well-known Christians, including Roma Downey of Touched By an Angel, Dr. Ben Carson, the secretary of Housing and Urban Development, and Sadie Robinson from Duck Dynasty.

It seems evident that the Scottsdale, Arizona-based company has been blessed. Gudorf acknowledged this and summarizes its strength is outlined in their mission statement. “Pureflix as a company put forth their vision to be one who influences culture for Christ through media. That vision is very clear about what Pureflix should be doing. We’re focused on influencing culture for Christ. That’s a big advantage if a company has that sort of clarity for direction,” he said.

* You can see the interview in its entirety on the Baton Rouge Christian Life Magazine YouTube Channel. 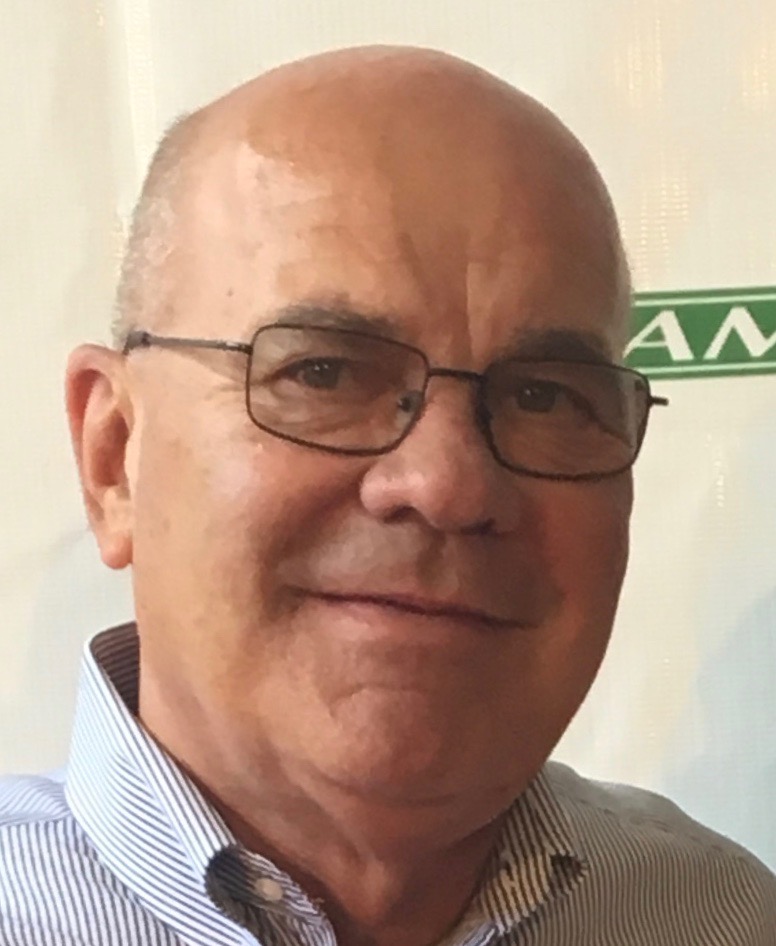 Fred Townsend is the husband of Beth Townsend, publisher of Baton Rouge Christian Life Magazine. His 45-year career in marketing is an eclectic collection of work from political campaign consulting to television production and creative advertising and executive positions at two fortune 500 companies.