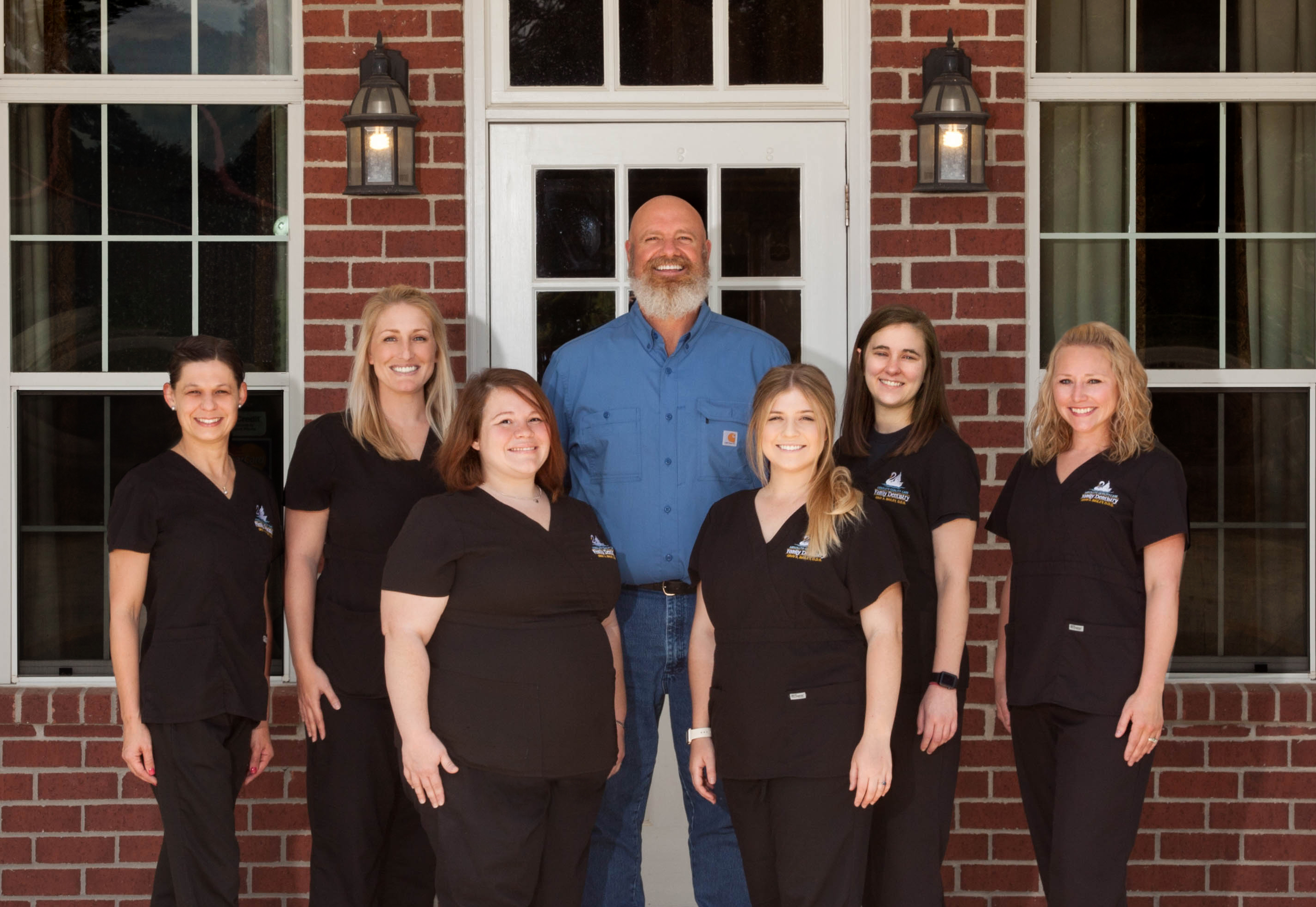 Dr. Gray Bailey is good at making people smile. And that’s not just because he’s been a dentist for the past 17 years.

Since opening Absolute Quality Care Family Dentistry in 2001, Bailey has helped thousands of patients with both preventative and emergency dental care. But while this graduate from the LSU School of Dentistry believes in providing the best medical care possible, he also knows about the complete healing that comes from God’s love and compassion. It’s why on any given day, you can find Bailey in his Prairieville practice not only building crowns or performing some of the latest laser technology in dentistry, but you can also find him sharing the love of Christ, both in spoken and unspoken ways.

“We do things differently here,” Bailey said, explaining that the direction of medical care and insurance in our country is unfortunately forcing some people to make difficult decisions when it comes to their health. “I’m not working for insurance companies, though. I’m here to just take good care of my patients.”

And for this civil engineer turned dentist, that means combining work and faith.

“I have pulled teeth for free,” he said, explaining that showing love to others is paramount to who we are with Christ. “The more you give, the more Christ keeps giving to you.”

Five years so, his attitude was much different.

Bailey always focused on the best care for his patients, but his faith life was struggling. Then one day at work, he developed severe pain. An ambulance was called, and on the way to the hospital, Bailey unmistakably found what he was looking for. “I had a talk with God about how I didn’t want to see him just yet because I didn’t think he would be too proud of me. I asked him for another chance,” Bailey said, softly.

Then just as the ambulance neared the hospital, something strange happened. The pain mysteriously began to subside. After some tests, Bailey was able to go home that night. It was believed the intense pain was from a kidney stone.

“That night, I was on my hands and knees in the shower,” he said, pausing as the intensity of those feelings returned. “I thanked God for that second chance and I asked him to show me his love.” Bailey remembers feeling that God “just scooped me up and held me.”

During the next two weeks, Bailey’s life totally changed. He described that time as a spiritual journey, noting that he hasn’t been the same since. “For me to share Christ with people now is an honor,” he said. “It’s not hard for me to do. I’m not ashamed of it. I love my God.”

Surrounded in Jesus’s love, he sees church today, not as a building of believers, but rather as the living hands and legs of Christ working to bring Scripture to everyone. “I asked God to show me what to do,” he said. “And he did.”

By focusing on Matthew 25: 35-46, where Jesus is found in those who are hungry, thirsty and in need, Bailey said he was led to start an organization called “Love They Neighbor.” As a ministry, the organization brings Bibles, food and clothing to anyone in need. It’s also why on any given weekend, Bailey, his wife, Beth, and others go into various neighborhoods and cook a huge pot of jambalaya (using a prize-worthy recipe he secured from his father-in-law). He explained that they are happy to physically and spiritually feed all who join them. “We’re there for anyone,” he said.

The father of three grown children and the grandfather of one, Bailey and his wife live on a farm with several animals, including a dog and chickens. But there are other critters, literally, buzzing around: lots and lots of bees. Originally, Bailey said he became interested in the insects for medicinal purposes as bee stings have often been associated with helping arthritic pain.

Today, thanks to his free services in trapping and removing unwanted bee colonies, Bailey now has 40 hives on his own property.

So, what does he do with all that honey?

Just as it was a sign of health for Samuel in the Bible, Bailey uses his honey to gift others. In the end, it’s just another way to keep people smiling.