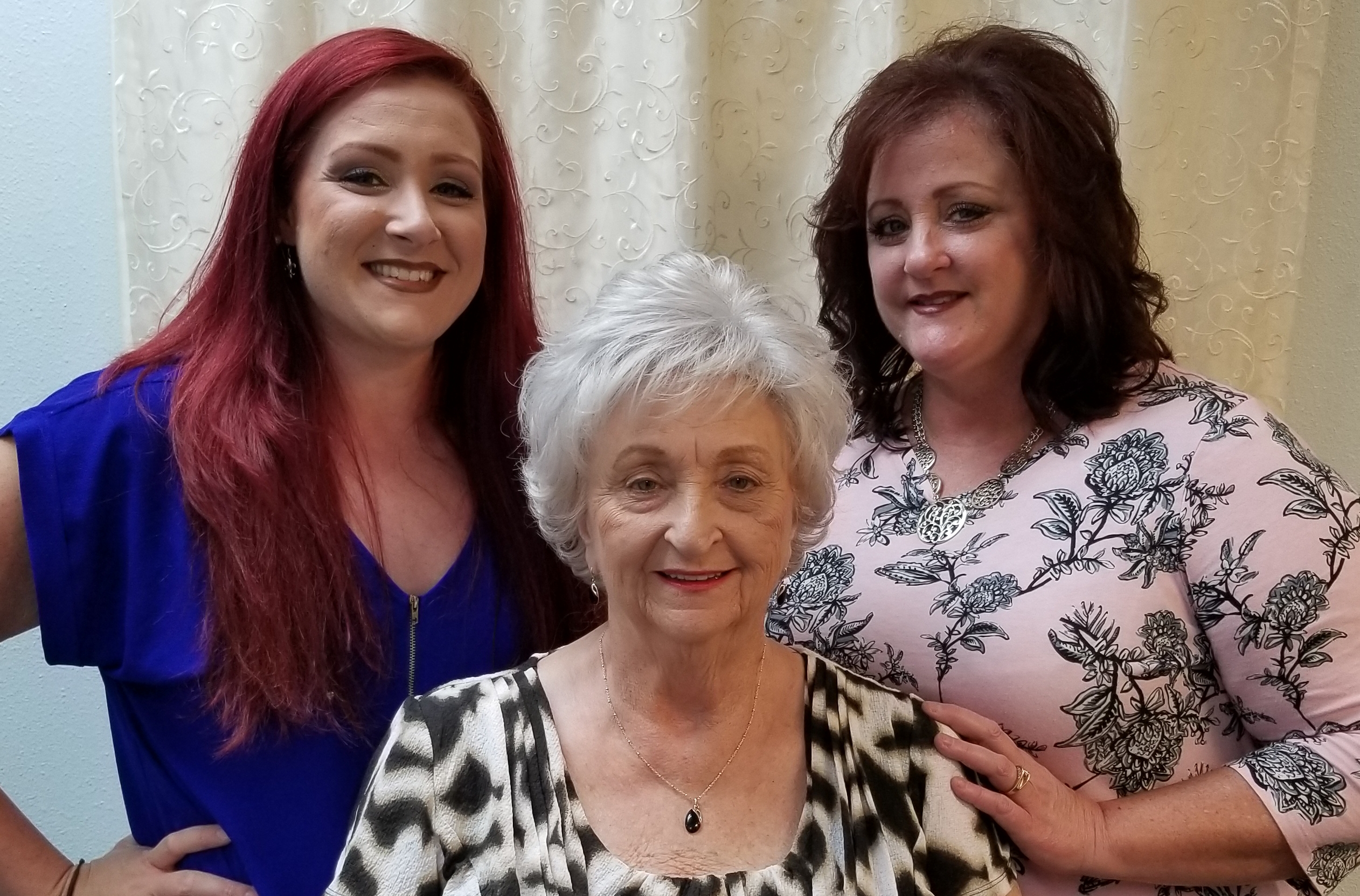 Beauty Inside and Out

Over the years, Ruth Addison has held a lot of hands and wiped away a lot of tears. As owner of Total Woman Boutique, she has devoted her professional and personal life to helping women recover from breast cancer. She understands the fear, pain, loss and and frustration that women experience after a mastectomy or chemotherapy treatments.

Anyone who survives cancer is happy to be alive, but for women who have lost their hair, or one or both breasts, the transition is harder. Their experience affects their womanhood and many say they don’t feel “whole.” It was this sentiment that led Addison to name her store “Total Woman.”

Addison, now 80, says that as a young woman, she wanted to be a nurse. Unfortunately, after saving her money and getting accepted to nursing school, she got sick and had to drop out. “I guess God had other plans for me,” she said. “I ended up working for an orthotics company, fitting people with prosthetics and artificial limbs. I actually loved it. I realized it was just another form of nursing.”

After 14 years, Addison decided to open her own business and focus on women who had undergone mastectomies. “It was 1982 and no one else in Baton Rouge was selling what we called ‘breast forms’ at that time. I wanted to create a bright, cheery atmosphere because I knew how hard it was for a lot of women to come to a store like mine.”

Addison started her business on a shoestring, she says, but got a lot of help from Dr. Robert Elliott, a breast surgeon who referred many of his patients to her. “I couldn’t have succeeded without his help,” she said. “I had never managed anything but a household, but I was determined. And one thing about me … when I set my mind to something, I’m going to accomplish it. It has been a struggle at times, but always a passion. That makes the struggle a lot easier.”

There were times when Addison didn’t think she’d make it. “So many times, I’d say, ‘God, I need your help!’ and somehow, my prayers were always answered, the problem was always solved, God always came through.”

Insurance was a big concern in the early days, Addison said. At one time, one of the biggest insurers in our state would only provide coverage for one bra a year. “One bra!” Addison said. “So I went to their corporate office and complained. And it was all men there. And I said, ‘How would you gentlemen like to get only one pair of underwear a year?’ They didn’t know what to think! Well, it didn’t happen that day, but within a few months, the coverage was doubled to 2 bras a year, and now, women can get insurance coverage for 6 bras a year. I’ve had to jump through hoops sometimes to get reimbursed, but I know how much it means to my customers.”

Eventually, Addison’s daughter Sherri Spillman joined her in the business, and in time, became general manager. She also keeps up with new inventory, insurance changes, credentialing and other issues. “I’ve been here for 30 years now,” Spillman said. “I certainly didn’t ever think I’d go into any kind of retail. I was never a good salesman. As a kid, I couldn’t sell a bar of World’s Finest chocolate! But this is different. We’re helping women at a difficult time in their lives, so it’s a very rewarding job.

Sherri’s daughter Amy Pinell also works at Total Woman. She is a cosmetologist talented in makeup and hair (wig) styling. “Amy was just 3 weeks old when I started working here,” Spillman said. “When she was a very little girl, she helped a customer choose a pair of earrings and the woman gave her a tip. She was so excited. I think we knew then that Amy would also be part of Total Woman someday.”

Whereas the store once focused on prosthetics and bras, Total Woman Boutique now sells a wide variety of items, including swimwear, foundation garments, hats, turbans, jewelry, lotions and more. Many breast cancer survivors develop a condition called lymphedema and must wear compression sleeves. When Addison started carrying the sleeves, she decided to add compression stockings to her inventory, creating a male clientele for Total Woman. “Most of the men buy compression stockings for blood clots, vein problems and poor circulation,” she said.

What makes her shop different from others is the experience and knowledge Addison brings to her work. She is a certified and licensed mastectomy fitter since 1960, and the shop is accredited through the American Board of Certification in Orthotics and Prosthetics. Customers benefit from those credentials.

“All of our customers receive very special attention,” Addison said. “We even have a seamstress on staff. When a customer walks out of here, they leave with top-quality products that are customized for them — items that fit correctly for size, shape and comfort.”
Not surprisingly, Addison builds relationships with her customers, often when they are most vulnerable. “When I fit a customer for a new prosthetic and bra, I have her face me with her back to the full-length mirror in the fitting room. After I’m finished, I let her turn around and look at herself. For a lot of women, it’s the first time they’ve seen their body look normal again since before their cancer. I can’t describe how grateful they are and what a smile it brings to their faces. It’s that moment that always brings me joy.”

Addison says she isn’t planning to retire any time soon. She continues to work six days a week and she stays current on news and information relevant to her industry. She has won many awards during her career, including two just last year — a lifetime achievement award from Women’s Wellness Magazine, and another from the American Academy of Breast Cancer Professionals. Addison also works closely with the American Cancer Society, Cancer Society of Greater Baton Rouge, local breast cancer support groups and local hospitals.

Her work developed into a ministry of sorts in 2001, when she went to Cuba and did fittings for 400 women. In 2012, a church friend asked Addison to go with her to Colombia and do some fittings for women there. That trip was unforgettable, Addison said, but it became especially important to her daughter — Spillman eventually joined the team of Baltimore physician Armando Sardi, who makes the trip twice a year.

“I’m so fortunate to have my daughter and my granddaughter with me,” Addison said. “We all love what we do. You can’t help but enjoy it when you can make someone feel good about themselves, when you can help a woman feel truly beautiful inside and out. I can’t imagine doing anything else.”