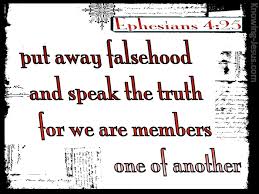 The Truth about ‘Fake Living and Falsehood’

Last year, I’d set a New Year’s goal to have two conversations with people who are very important to me. My adult children, now 21 and 24 years old. I even wrote it in my journal as a written goal, somehow making it officially official by way of writing it down.

This January, I reflected on those journal entries sadly realizing I’d not followed through. I’d not had either conversation. We’d had many others, but not the kind I’d hoped for, where we put our hearts on the table and shared openly with one another. The reasons could vary from week to week, but none justifying my negligent procrastination.   It’s not like I forgot about it, I thought about it every week. The knowledge of my not following through brought a sense of frustration that lingered all year. Why had I really not done what I set out to do? Fear? If so fear of what?

As I began to establish new goals for 2019, I decided to read and re-read Ephesians. It’s such an encouraging chapter, small enough to read and internalize the magnificent words and promises over and over.

Though I’d read it many times before, putting off falsehood stood out like a lighting rod. We live in a world that is saturated in falsehood. “Fake” posts about a perfect life, fear to have real conversations with people so that you don’t offend them, or backing away from any conviction just to make sure you don’t anger anyone.

Just yesterday I was taking to a friend about being honest with her husband about something that was important to her. “If you don’t just share that with him, you are holding onto negative emotions. Just share it kindly and then you can be done with the weight of it.” Put off falsehood.

Sometimes I carry around emotional baggage because I wimp out on important conversations. How often have you thought and rethought about conversations that need to happen?

Last week I had a young person ask me how I became so confident. My response was not as she expected. “Every day I do things that require confidence.” This is how we have conversations with those most important to us. We just do it, asking the Lord to bath our words in the Holy Spirit and fill them with love and truth. Put off falsehood.

The truth is, Fake Living and Falsehood is the opposite of freedom.

Ephesians 4:25 Therefore, having put away falsehood, let each one of you speak the truth with his neighbor, for we are members one of another. 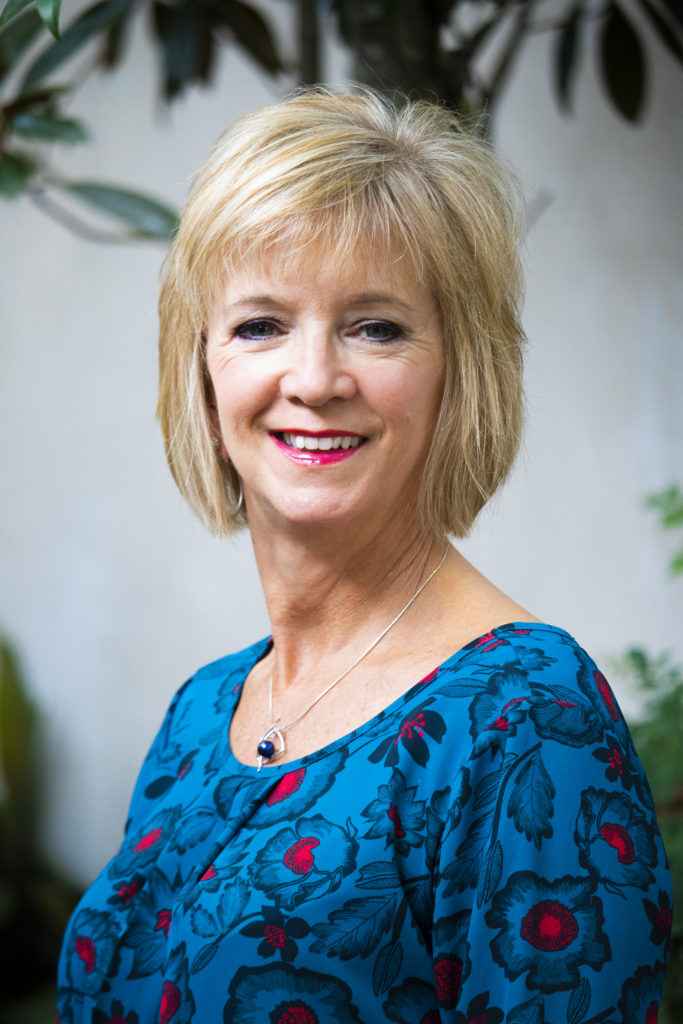 Beth Townsend is Founder and Publisher of Baton Rouge Christian Life Magazine, which published 10,000 copies each month, for 43 editions over a 3 1/2 year period. They have since gone to a digital presence seeking to broaden their  reach of changing the world “One Story at a Time.”  She enjoys writing and speaking, and can be found at www.bethtownsend.com or email to beth@bethtownsend.com.