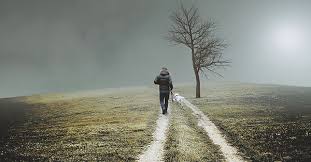 ANOTHER MARK OF INTEGRITY: Walking with God