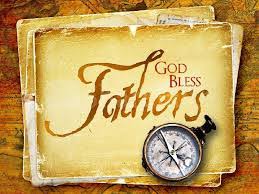 A Legacy of Fathers

Unless the Lord builds the house the work of the builders is wasted. Psalms 127:1 (NLT)

It was by faith that Abraham was called to leave home, and go to another land that God would give him as an inheritance, Hebrews 11:8 (NLT).
What do we do when the unexpected happens in the middle of building? Abraham obeyed God’s vision and direction for his life. Genesis 13:14,15 – I am giving you this land, as far as you can see, to you and your descendants as a permanent possession.  Abraham had to live in this land by faith as a foreigner and a stranger. Abraham was building his hope on the promise of God for his future.

When we are in the process of building however, other difficulties can arise. While Abraham was waiting on God’s promises to be fulfilled, he found himself in a battle for his families lives. Lot, Abraham’s nephew and others had been kidnapped. Abraham was victorious in the fight. Genesis 14:20 says, Blessed be Abraham and God Most High, which has defeated your enemies for you. When God is building our house, He is in the midst of the challenges we face with our families.

God promised Abraham in Genesis 15:1 that his reward would be great, but Abraham’s greatest desire was for a child. He wanted someone that would carry on his legacy after he’d passed on. In Genesis 15:5, the Lord told Abraham to count the stars if he could, that’s how many descendants he would have.

Have you ever waited for something that seemed like it would never come?
We can get weary in the process. God will renew our strength when we wait on Him Isaiah 40:31.  If we understand that it is for His Glory, our faith will give us lasting endurance.  It doesn’t matter what comes. Matthew 7:25 says when the rains and winds came, the house did not fail because it was founded upon a rock.

Abraham was 100 years old when Isaac was finally born. Abraham is known as the father of faith. He believed God even when the situation became impossible. It is interesting that Psalms 127:3-5 says don’t you see that children are God’s best gift, the fruit of the womb his generous legacy?

Abraham allowed the Lord to build his house. When he surrendered to the Lord, he found the purpose for which he was created. God has given us all an eternal purpose. Today Abraham is still having children by faith, for all those who accept Jesus Christ as Lord and Savior.

Go and build your legacy, the foundation has already been laid. Let the Lord build YOUR house……