God is sometimes hard to figure out. Like why didn’t God have His image bearers create families the same way He created in the very beginning? You know, have a man and a woman somehow breathe life into a pile of dirt: Voilà! An adult child with an already completed debt-free college degree!

But He did the baby thing. Creating little creatures that need total care, utterly helpless and in need of caring, capable adults.

A lot could be said about this but maybe one reason was to make some points about Himself. Consider what we learn about Him with the various familial metaphors we see in Scripture.

Although God is always described in the Bible as male, He borrows from the masculine and the feminine roles to reveal Himself.

It grieves Him when we do not relate to Him these ways. “I looked forward to your calling me ‘Father,’ and I wanted you never to turn from me.” Jer. 3:19b (NLT).

Although God is sometimes hard to understand, He has made clear that He wants to be known. Earthly family relationships, though always imperfectly experienced by us, give us a glimpse of how He intends to be known by us. He gives us loving care in both “masculine” and “feminine” ways, and we are the dependent, and deeply loved children.

[one_half]Vicky Benton is a Licensed Professional Counselor in Baton Rouge. Her practice is with adults – college and beyond – in individual therapy. She recently wrote a Bible study, The Emotions of God: the foundation for understanding our own and keeps threatening to write one on her favorite Biblical metaphors. She can be reached at 225-273-0106 or via email vickybenton58@bellsouth.net[/one_half] 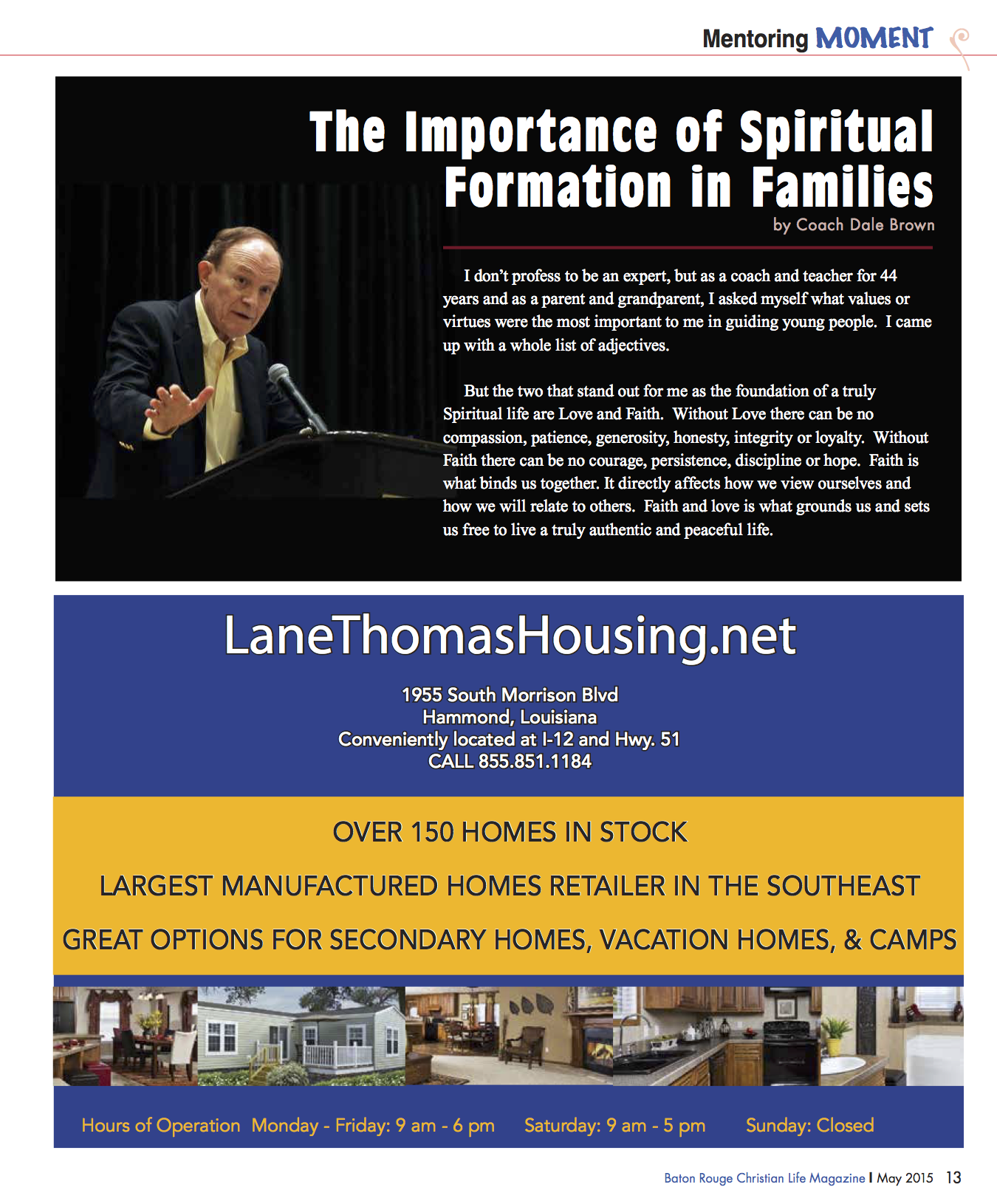 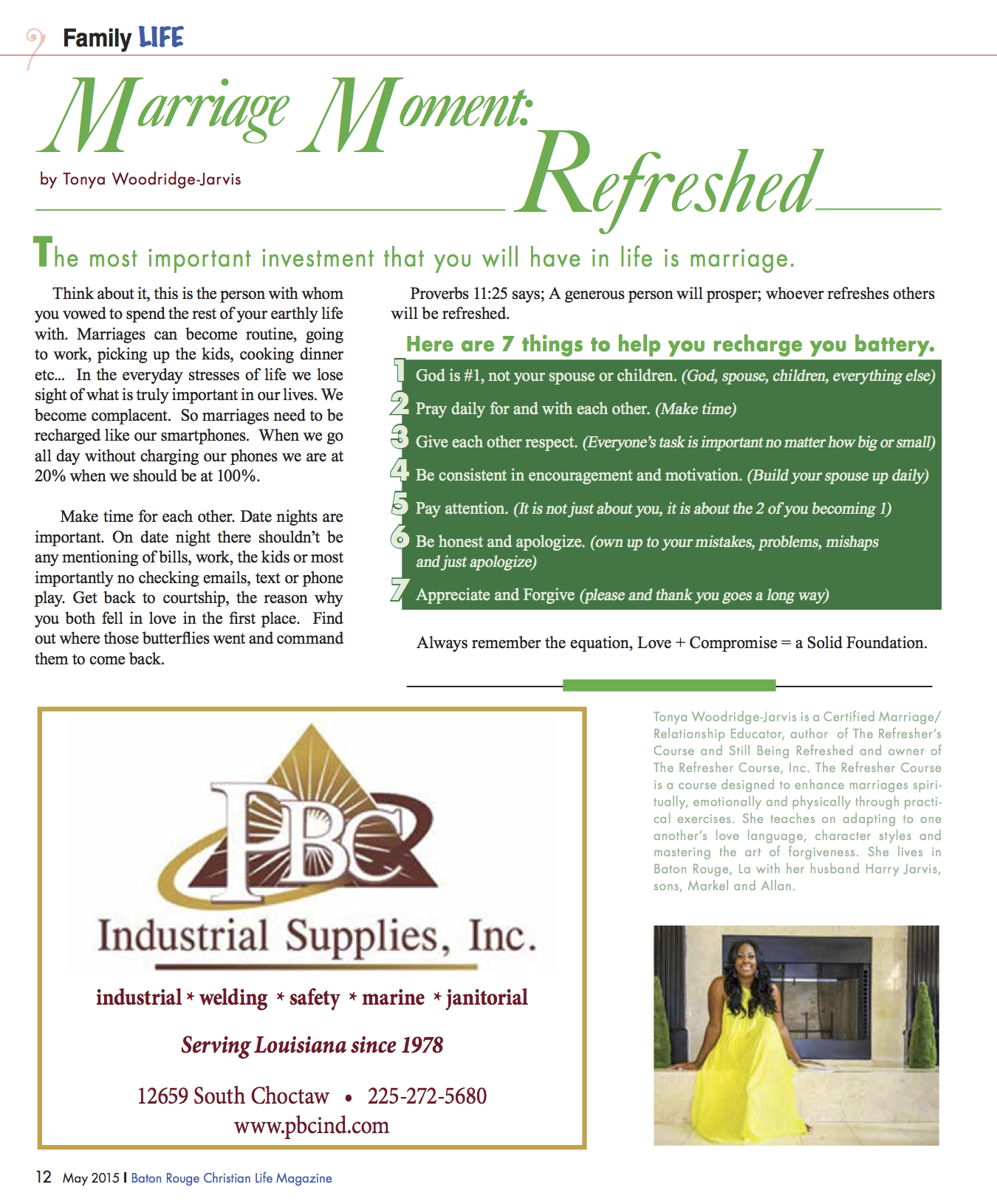 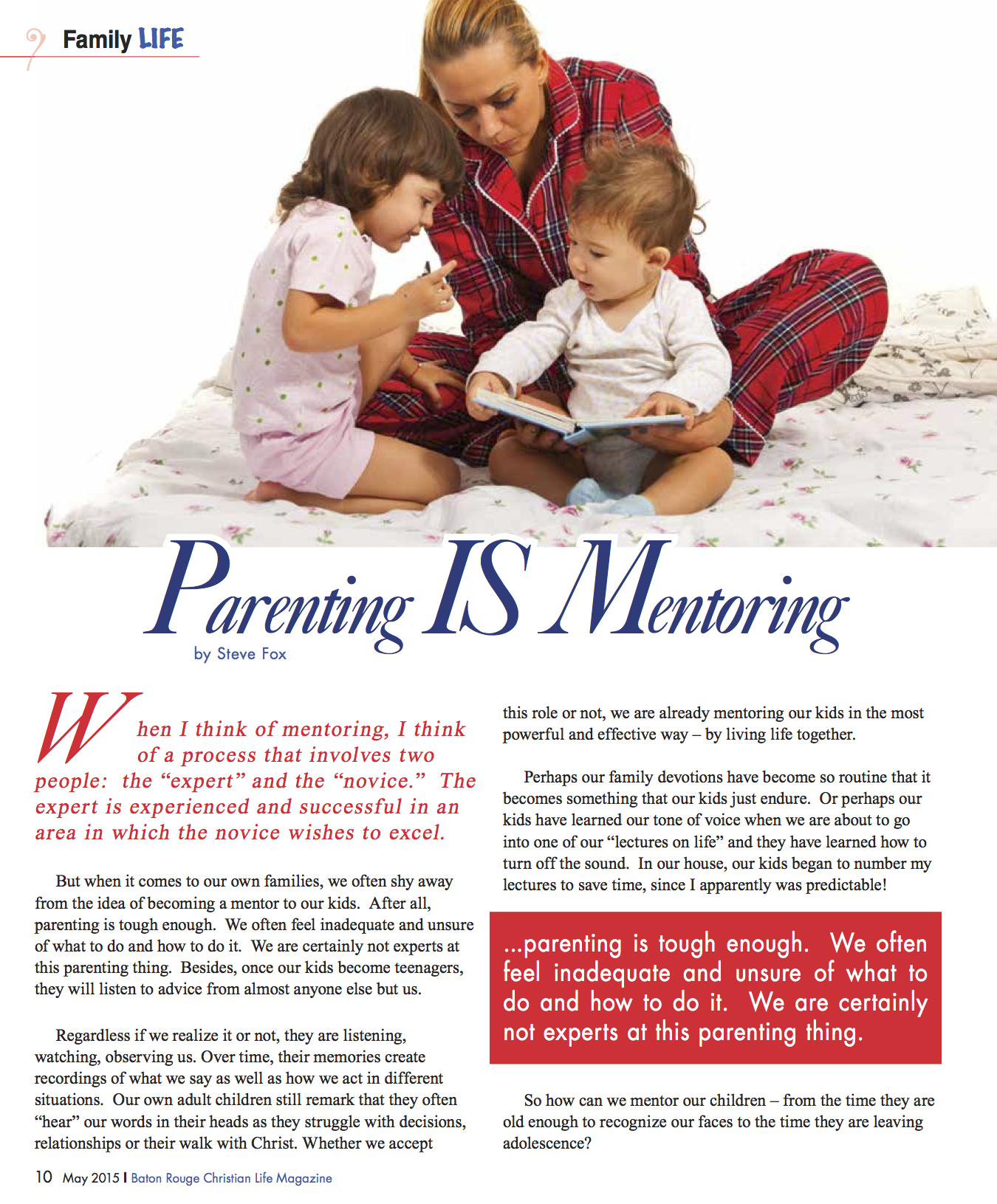 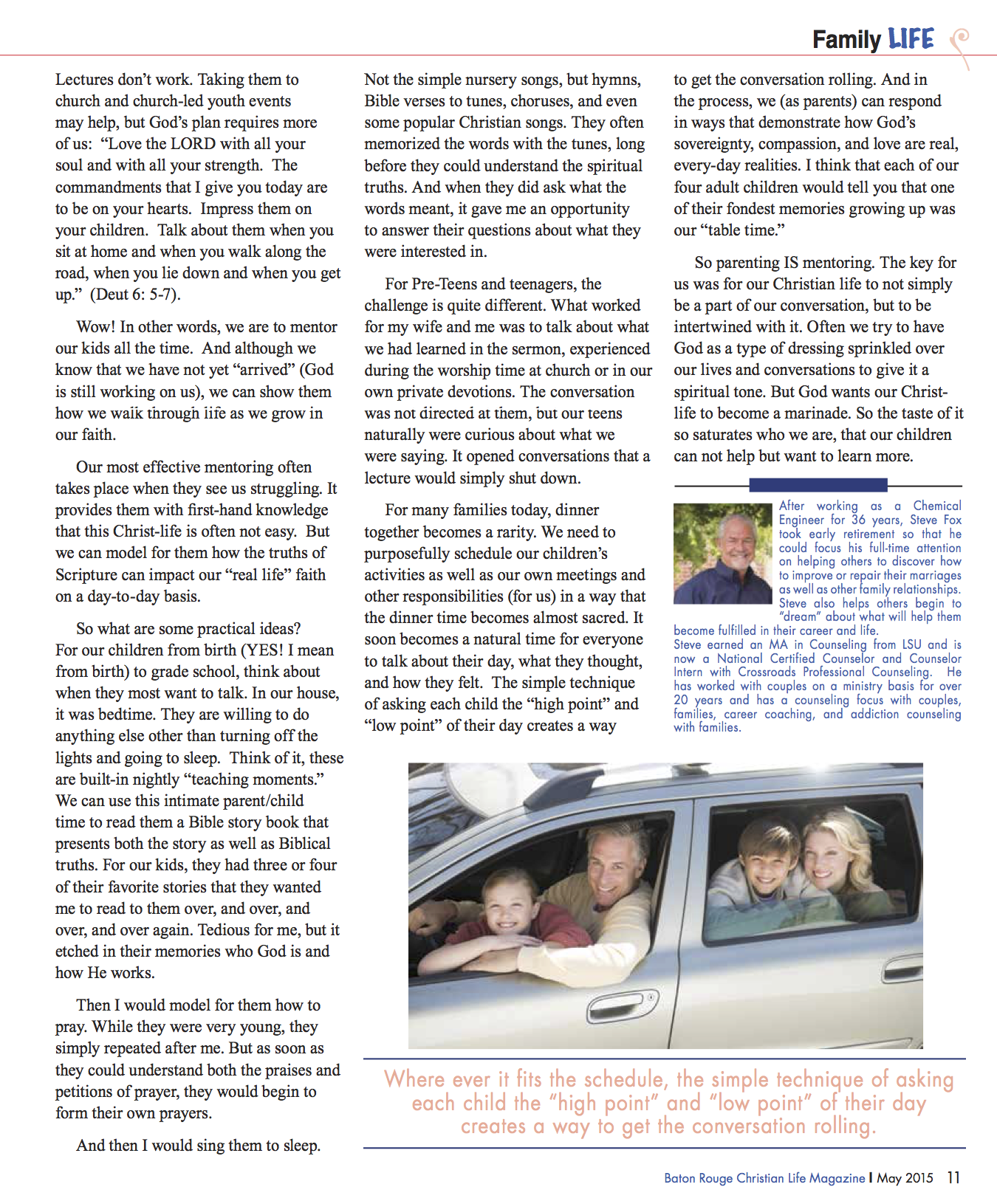 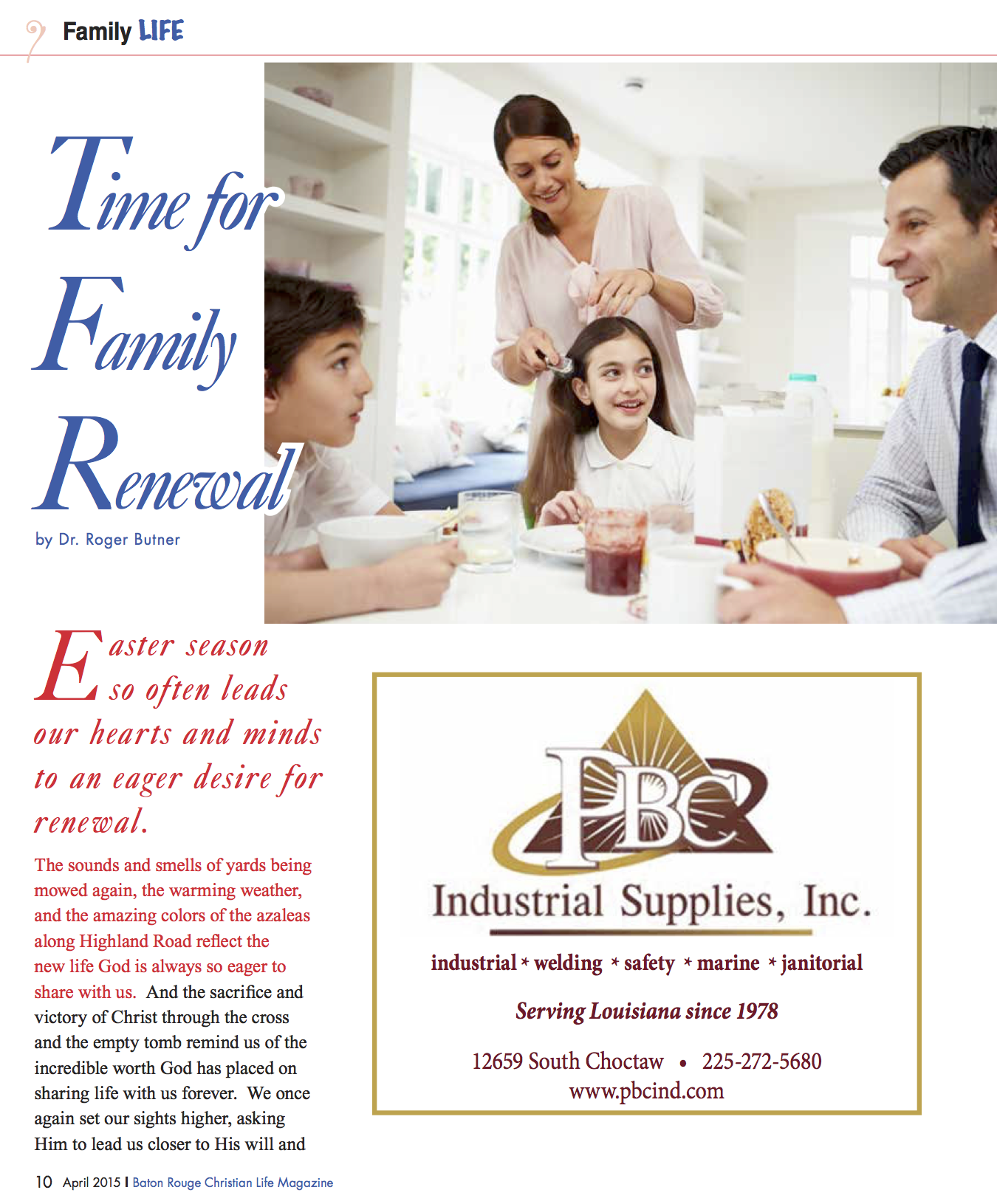 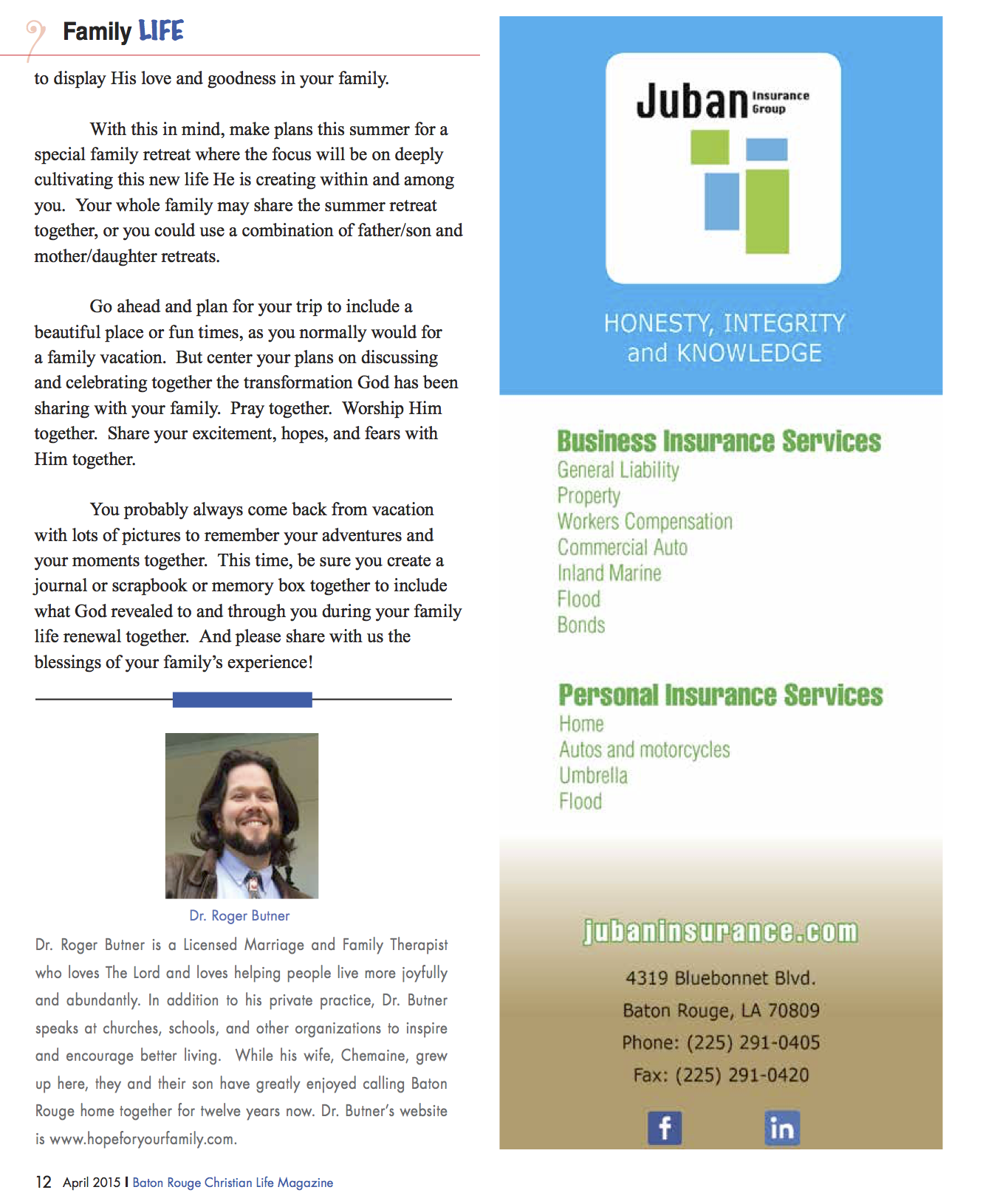