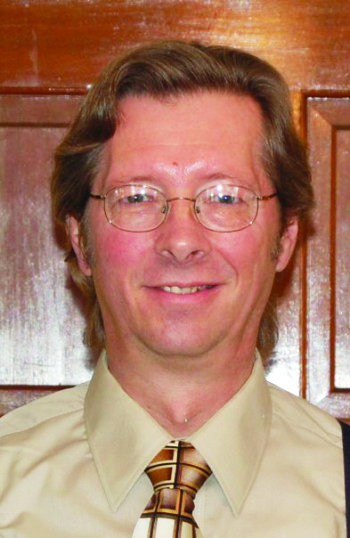 Lacey and Jaci Sanchez hugged, said a short prayer together and cautiously stepped up onto the narrow parapet edging the roof of Baton Rouge’s second tallest building, the 310 foot high One American Place.

A small crowd that was gathered on the building’s south side patio 24 stories below shouted up encouraging words that could barely be heard above the din of the downtown.

The view was spectacular as cargo ships and barges slowly navigated the swollen Mississippi River and vehicle traffic crawled over the I-10 bridge. Heat waves shimmered off the white roof of the distant Pete Maravich Assembly Center.

But the sisters didn’t really notice the scenery, they were focused on conquering their fears and experiencing something they never felt before, stepping backwards off the tower’s roof secured only by two thin ropes linked to their climbing harnesses.

Along with about 40 other Louisianans from all walks of life and several Christian faith groups, the Sanchez sisters were going “Over the Edge for Adoption” to benefit the Louisiana Family Forum.

The issue of adoption is special to them, they said, because Jaci, 27, was adopted as a day-old baby and her sister, Lacey, 25, was born two years later. This was one of Lacey’s last activities as Miss Louisiana 2014, and she said she was happy – but very nervous – to do this.

After being tightly buckled into industrial-grade climbing harnesses and undergoing about an hour of instruction from Over the Edge technicians on how to rappel, the young ladies stepped up to go over the edge.

“It means a lot to me to be able to come up here with her and show what adoption means to our family,” Jaci Sanchez said, nodding toward Lacey who was mustering up her courage at the edge of the roof. “There are so many kids that need loving homes that are in foster care – a lot of kids are adopted at birth but the older kids need homes and people sometimes put that issue on the back burner.”

Jaci confidently backed off the edge but Lacey needed some extra encouraging from the Over the Edge crew. After leaning back until she was sitting in her harness, she planted her feet flat against the tempered glass windows and gingerly walked backward 280 feet down to a first floor terrace.

An automatic-locking rappel device, used by cave explorers and fire and rescue crews, slowly let the rope out each time she gently pulled on its lever. Back on the ground Jaci was smiling again.

“It was sooo scary – I’m afraid of heights but I overcame that fear,” Sanchez said. “I didn’t want to do it but my sister was with me. Would I do it again? NO! I will do whatever I can to raise awareness of adoption but I don’t think I will ever go over the edge again!”

Brian McNabb, 36, district director for U.S. Sen. Bill Cassidy, also rappelled and shared his own story of being adopted.

“The Lord works in mysterious ways,” McNabb said. “I don’t know what I might have gotten before, but I was adopted by two wonderful parents who are still married, still love me in spite of my flaws and really shaped the course of my life and laid the foundation for my Christian walk.”

“At first it was frightening, then it gets to the point where it gets exciting – then when you get to the bottom it’s complete relief,” McNabb said. “I’m excited to survive to tell the story!”

The Rev. Gene Mills, the Family Forum’s president, said over 100 churches have responded to their cooperative effort with the state’s Department of Children and Family Services. Louisiana Baptists, Catholic Charities and Crossroads NOLA, are also cooperating in adoption efforts.

“Of the 500 kids who were ‘adoption eligible’ when we started this in 2013 – only 71 have not identified with a family,” Mills said. “The Bible tells us that we are to take care of the widows and orphans and we have churches that are taking that very seriously.”

U.S. Senator David Vitter, R., who did not rappel but was there to show his support, agreed with Mills.

“You know, if, just say, a third of the churches of Louisiana set out a goal of making an impact for one foster care or adoptive child we would change the landscape overnight,” Vitter said.

Suzy Sonnier, secretary of the state Department of Children and Family Services said in a statement, that every child deserves a safe home and a family to love them.

“Events like Over the Edge allow us to combine efforts with organizations that have the same goal in mind – raising awareness for the need for foster and adoptive homes and recruiting individuals interested in opening their hearts and homes to Louisiana’s foster children,” Sonnier said.

State Rep. Valarie Hodges, R., Dist. 64, one of the state’s most pro-life legislators, was there while some of her staff rappelled.

“These children deserve a home – they deserve normalcy that other children have and I think it’s a great cause,” Hodges said.

The Rev. Tommy Middleton, director of the Baptist Association of Greater Baton Rouge, a group of 85 churches and missions, rappelled for the first time since he was a Boy Scout decades ago.

“It’s a life issue,” Middleton said. “It’s about families – it’s about the sanctity of the home.”