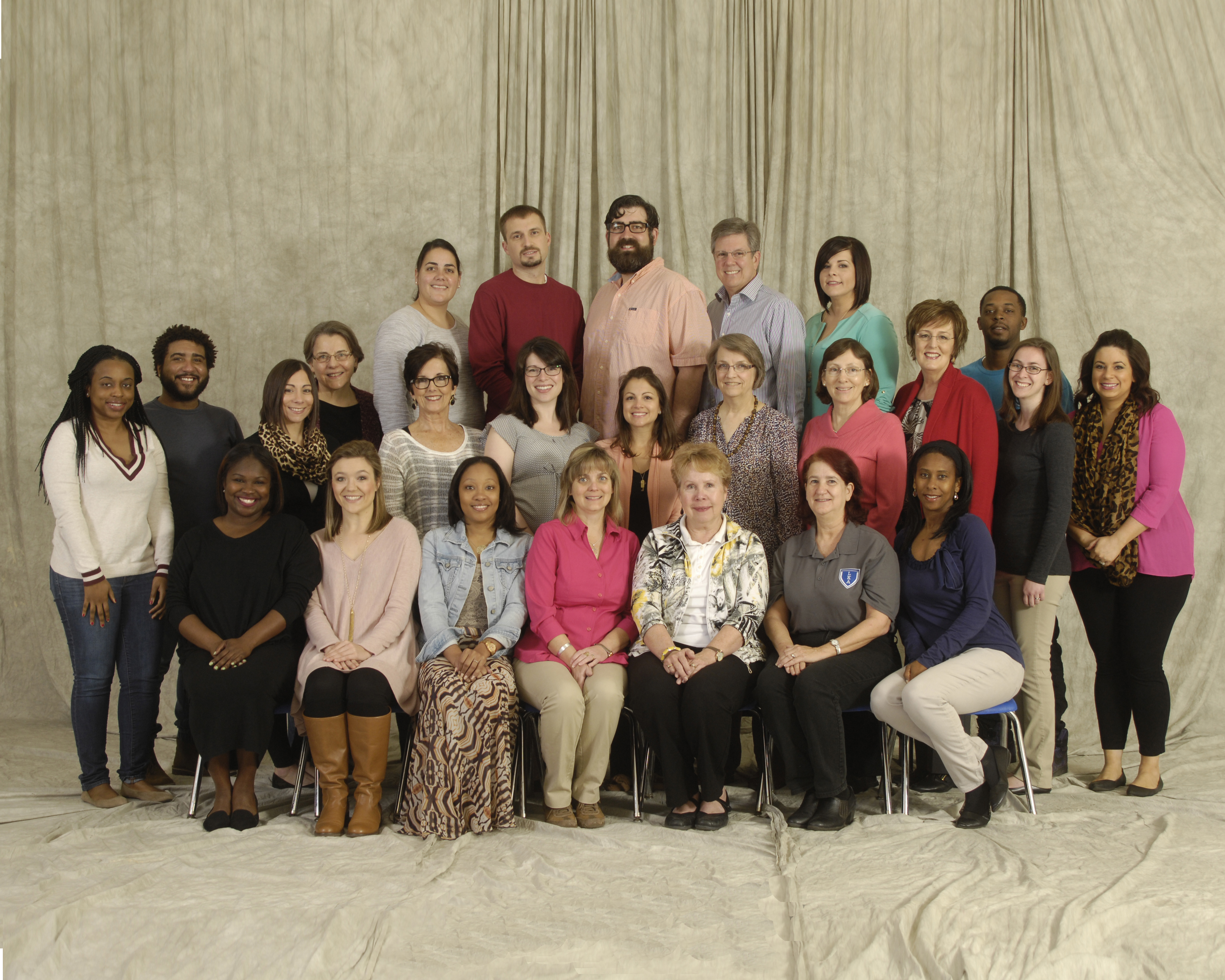 “Science has moved forward at a rapid pace, so that we now possess the data to reliably define dyslexia … For the student, the knowledge that he is dyslexic is empowering … [It provides him] with self-understanding and self-awareness of what he has and what he needs to do in order to succeed.” – Sally Shaywitz, M.D. co-director of the Yale Center for Dyslexia and Creativity – Testimony before the Committee on Science, Space, and Technology, the United States House of Representatives.

Whoopie Goldberg, Jay Leno, Charles Schwab, Steven Spielberg, Mohammed Ali, Magic Johnson, Steve Jobs, Alexander Graham Bell, Agatha Christie, William Butler Yeats, and so many more. Names we hear every day, accomplishments that have spanned the test of time, all with one thing in common – dyslexia. People who have been diagnosed with dyslexia may have extra obstacles to overcome, but it does not keep them from reaching their maximum potential. Artists, community leaders, entrepreneurs, lawyers, scientists, teachers, writers, coaches, athletes, parents … dyslexia is not an end to one’s ability to live out his or her dreams.

“One in five kids suffer from dyslexia. That means one in five kids has a problem taking spoken word and matching it to the alphabet,” says Louisiana Key Academy co-founder Laura Cassidy, M.D. “It’s not seeing letters backwards; there’s all this erroneous information [about what dyslexia is]. If you think of the word ‘cat’, c-a-t, there are three distinct sounds. If you don’t have dyslexia you learn to pull [those sounds] apart very quickly, and that’s how you learn to read. Those are the building blocks. In dyslexics, that part of the brain doesn’t work very well, it’s called a ‘phonemic deficit,’ so it is a laborious journey to learn to read and most won’t learn to read on grade level unless they are diagnosed.

Dyslexia can be identified early – first or second grade – unfortunately it usually is not. Some early signs would be trouble learning and remembering the alphabet or they could have speech delays. It’s not the same for every person, but it’s trying to – whether it’s reading, writing, spelling or speaking – put spoken word to the alphabet. And when you think about it, everything you’re learning in school, the foundation, is language. So they are often told they are lazy or they are dumb. But their higher reasoning and critical thinking is all fine, it’s just this one pathway [that causes them to struggle].”

From 1992-2006, she worked in private practice, specializing in the treatment of breast cancer, and was the first surgeon in the area to practice sentinel lymph node biopsies. She has also worked to expand access and early detection and treatment of breast cancer for uninsured and poorly insured women (as found on the Bill Cassidy for Senate webpage). Her passion for the medical community expanded after her retirement in 2006, and in August of 2013 the Louisiana Key Academy (LKA) was opened.

Although there are several private organizations that focus on learning disabilities and dyslexia in Baton Rouge, LKA is the only public, tuition-free charter school for children with dyslexia. Cassidy’s own daughter has dyslexia and attends a private school in Virginia, outside of DC, but, as Cassidy herself states, not everyone has those opportunities.

“My concern is when someone doesn’t have the resources. Say you are born in poverty, or realistically, even the middle class. What if they aren’t at a school where someone tells them about a concern with dyslexia, or even if they do, what if they don’t have the $1,400 for the [diagnostic] test? Half of the prison population is dyslexic. If you’re 13 and read on a second or third grade level, and in the classroom you’ve always been told you’re dumb, then on the streets you’re told you can [make money] selling drugs… That’s why we’re here. We want everyone to reach their full potential,” Cassidy explains,

But is there really a need devoted to one specific problem? “Some people are against schools like ours, and believe everyone should be in the same classroom. But I believe that’s the parents’ decision,” she says. “Some people will want to [mainstream], but it is very difficult if you have moderate to severe dyslexia and you are not identified, or you are in a classroom of 30. I don’t believe you’ll ever read on grade level [that way]. If you’re very bright you may be able to make B’s, but you have the potential to make A’s. We want everybody to reach their full potential, and beyond that to advocate for themselves because this won’t ever go away for them.”

“The biggest problem is we aren’t getting these kids until third grade, and huge damage has already been done. Self-esteem is huge — you want them to know how valuable they are,” something Cassidy says is nearly impossible when there is no understanding for either the child, or the parents and educators as to why the student isn’t performing well. A child with dyslexia simply cannot perform with the typical classroom strategies, which is exactly why LKA was created. “Every child is different. We have to get them what they need in small groups or one-on-one [settings] and continually build their self-esteem.”

There is an ideal 6:1 student teacher ratio, but since charter schools do not receive facility funding and a lot of resources and energy is devoted to fund-raising, LKA’s ratio falls more around 9:1. “We teach to mastery using multi-sensory techniques. Small class size is huge. That’s the only way you can identify where they are struggling. We start at the basics at c-a-t and build up to things like -sh- and -ch-. Think about the English language, as an amalgamation of Greek, Latin and Anglo-Saxon, it’s hard,” Cassidy says.

Although there has been an increase in the recognition of special needs and dyslexia, Cassidy says that has often had a negative impact for dyslexia because it gets hidden among other disorders and teaching methods. The only solution Cassidy sees is more options available for students. “There are no options for [many of these] children to reach their full potential. I have parents from all over the state who have their kids in the best school in the parish, but their child is 15 and still reading on a fourth-grade level,” she explains.

Kayla Reggio, assistant principal of academics and director of professional development says, “More important than our core curriculum is building a deep understanding for everyone on campus of what dyslexia is and what are the evidence based practices to use so the students can learn best.”

Heather Bourgeois, vice principal and director of math and content literacy subjects adds, “Do we have a curriculum? Yes. But what’s most important is how it is presented to each individual child, and to make sure they are engaging in the content. We make sure our language is consistent in everything that we do.”

Cassidy gives an example of how this is different from the traditional school setting saying, “Regular schools have reading, but then the students go to social studies or science and it’s basically a different language (especially in science), we don’t do that.”

So what are evidence based practices? Reggio explains, “When we talk about evidence-based practices we mean something that is systematic and cumulative that evidence shows, and has been repeated over several different areas with several different people, that this is going to work.” Cassidy describes several different approaches encouraged with dyslexia including special glasses, colored paper, larger fonts, etc. “Maybe it worked for a kid here and a kid there, and that’s great, you have the right to do that, but to say ‘this works’ is a falsehood.” Reggio adds, “It’s not a quick fix. Dyslexia is for life.”

One area particularly trying for both students and parents is the constant therapy and intervention. Many children are on waiting lists for years, and many parents spend their time and resources fighting for services — something the staff at LKA deems unnecessary and even harmful when a student’s needs are being completely met by a team who has been trained specifically in evidence based practices and dyslexia.

Bourgeois explains this is something she consistently deals with during the admissions process, “We have to deepen the understanding of what the core deficit is for that child. Doing [all of these separate therapies] without the basic concept in mind means your child is not going to make the progress they are capable of.”

Reggio continues, “I go back to the sea of strengths model the Shaywitzes use and look at all the things this child can do and what they’re capable of and what is grounded in the science that works.”

Cassidy adds her personal experience saying, “I was once that mom being sold all these things, told to go here and go there, and that wears out the child and the parent.”

“People are so used to all these vendors selling them expensive, shiny guarantees, but we are the opposite,” Cassidy explains. “We are tuition free, but we’re grounded in science and the truth. It’s just going to take time to get the word out. We are about more than just our school, because we can’t take every child. We want something for everyone.”

All data collected from the students is sent to the Yale Center for Dyslexia and Creativity where it is analyzed and sent back as part of a longitudinal study to see if students make statistically significant gains over time. In fact, the model is being touted as one that should be used across the country.

Bourgeois closed by saying, “One of the joys of this is working with our parents to help them understand this therapy and what remediation looks like. Inviting them into the classroom is truly a game changer. They can see it happening. Every child has a team of people surrounding them making sure they have everything they need to be as successful as they can.”