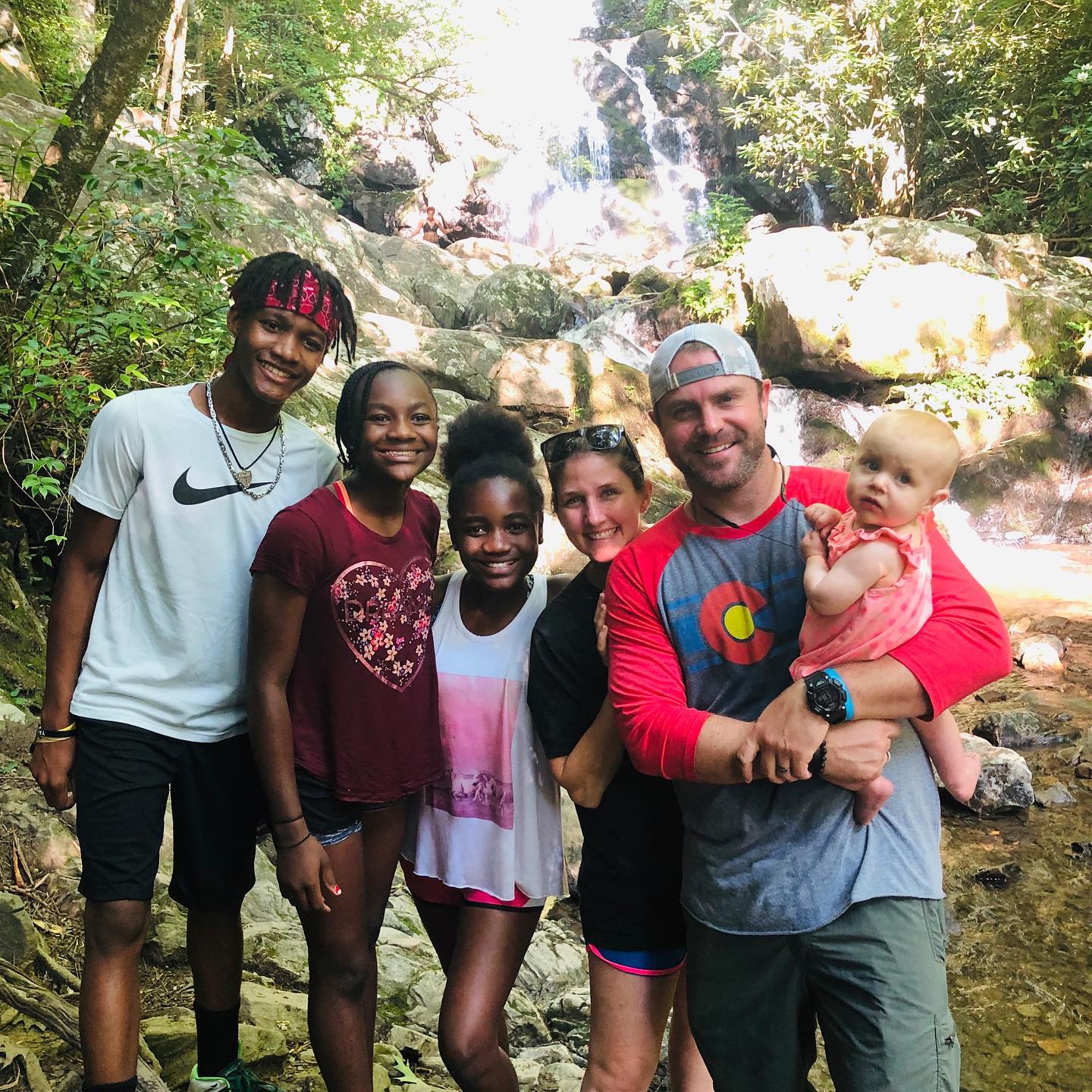 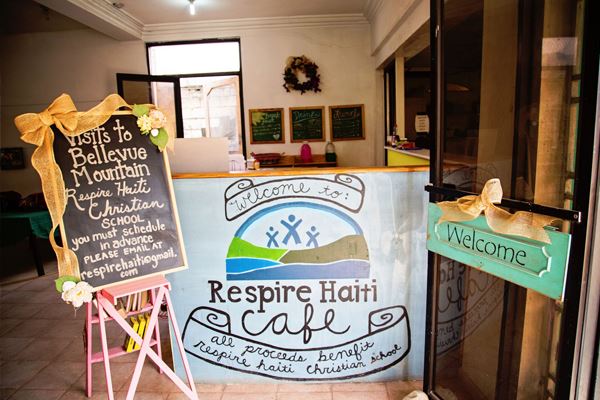 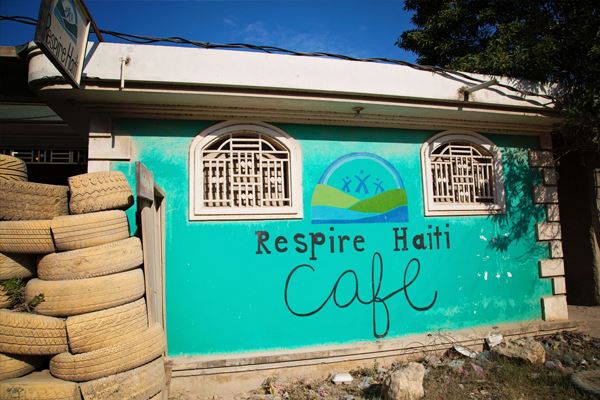 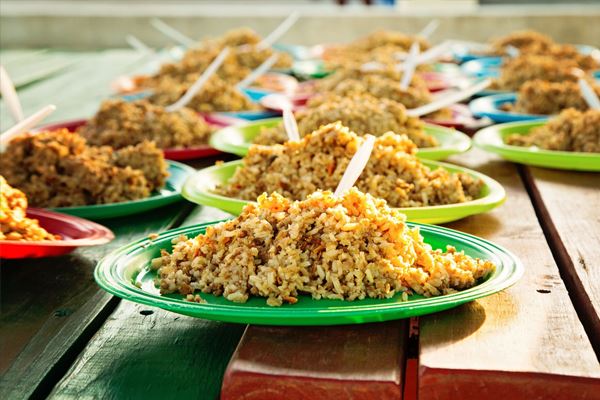 Megan Boudreaux never expected to return to Haiti. When she volunteered for a brief trip with Our Lady of the Lake Foundation, she came home overwhelmed. “It was crazy, and I thought I could never live here,” she said. But she couldn’t get Haiti out of her mind…or out of her dreams.

At age 24, she sold everything and planted her life in Haiti, the most economically deprived country in the Western hemisphere, and the site of a devastating magnitude 7.0 earthquake only a year earlier. Her new home in Gressier was ten miles from the earthquake’s epicenter. Nearby,  Bellevue Mountain, also known as Voodoo Mountain, inspired fear in local residents for the ongoing practice of animal sacrifice. That was 2011.

After a year’s respite in her native Lafayette, and the birth of their daughter, Megan and husband Josh Anderson fly back into Port-au-Prince this week. They plan to expand the micro-finance program, and eventually, start a church that welcomes people affected by economic distress, abandonment and child slavery. Their strategy is simple: commit to obey God, and be quiet and listen for his direction.

As soon as she took the first step of obedience in 2011, Megan met a child who would define much of her ministry. “I didn’t have a plan, but the Lord just kept unfolding these little things,” she said. On Bellevue Mountain, she saw a bird and a little girl with a bunch of rocks in her hand. “She was throwing rocks at the bird because she was hungry, and she was going to eat the bird.” So, Megan bought food, teamed up with a friend who cooked local dishes and handed out meals from the back of a flatbed truck.

Later, she observed that the same little girl was constantly busy with chores. One day, she followed her from the market to her tent-house where she faced piles of dishes to wash. Megan googled “Haiti” and “slaves.” She was stunned to learn that there were half a million Restaveks – child slaves – in Haiti.

“They are basically domestic workers, kids that have been given to other families or kidnapped or taken from their home, and they just do all of the work,” Megan said. “That was the moment I remember looking at this little girl and going – she’s not in school. She’s six years old and she doesn’t even know how to hold a pencil.” The next logical step was to start a school.

When Bellevue Mountain was selected as the school site, one of the women helping with paperwork burst into tears. “She said, ‘We have gone up on this mountain every single Sunday for 12 years to pray for you,” Megan said. “Bellevue Mountain used to be where they would do voodoo sacrificing and ceremonies, and now it’s just this beacon of light and hope.” The school, medical clinic and sports programs cover the mountain, and efforts to nurture families and provide seed money for entrepreneurs encourage families to keep their kids, rather than send them away to work or to orphanages.

“About 80% of the kids that live in the orphanages are poverty orphans which means they have parents, but the parents can’t take care of them,” Megan said. “What we’ve been doing with our programs is showing them it’s actually cheaper to keep a child with their family and sponsor their school, help them eat at school and get their needs met through school.” All of the children live with their families, caregivers or foster families, a situation that promotes better emotional and psychological well-being in children.

Megan and Josh have welcomed three adoptive children into their own family, including Micha, the little girl she first met throwing rocks at a bird. Micha’s sister, Jessica – also a Restavek –  joined their family at age three. Their son, Saintil, was adopted after walking a day and a half over mountainous terrain to reach the school.

At Respire Haiti, children attend Bible classes and have the opportunity to ask questions about the Christian faith. Despite a strong Catholic presence and work by other denominations, Christian beliefs are often absorbed into culture and tradition. “There’s a lot of clouded confusion and voodoo in that, as well, and it’s kind of picking apart what do people understand about Christianity and what do they believe about having a relationship with God,” Megan said.

“My encouragement is – you don’t know how, or when, or where God is going to use where you are now,” Megan said. She had struggled with the idea of finding her purpose after college. As a marketing professional for Cajun Industries, she learned about building construction. “I remember thinking Lord, why am I here? She said. “Now I look back and I’m like, of course, and I know what rebar we’re using, and I know how we’re supposed to build.”

Some 70-75% of the local buildings toppled during the 2010 earthquake and powerful aftershocks, and the threat of future earthquakes makes residents nervous. Respire’s structures are an exception. “We have an incredible guy who has designed all of our buildings. They’re engineered correctly and seismically up to code,” Megan said. “He trained local workers, so they know the placement of the rebar and the quality of the block and sand that they use.” Their construction standards are having a trickle-down effect on new home construction.

As needs become evident, God keeps providing. Donations from The Chapel on the Campus provided seed money for the ministry. Recently, a proposal to expand the school to add 7-9th grades came with a steep cost. Twelve hours later, two young men visited Respire Haiti with the goal of building an orphanage. But after learning about the program to keep kids with families, they felt God’s direction to pay the exact cost: $125-thousand for the four additional classrooms.

Megan’s number one request is for prayer. “The spiritual warfare, it’s intense. There are a lot of attacks on myself, my husband, my ministry. That should be expected – we’re built on an old voodoo site.” Her second request is for financial support, especially through student sponsorships that cover uniforms, books, medical care and mental health care. 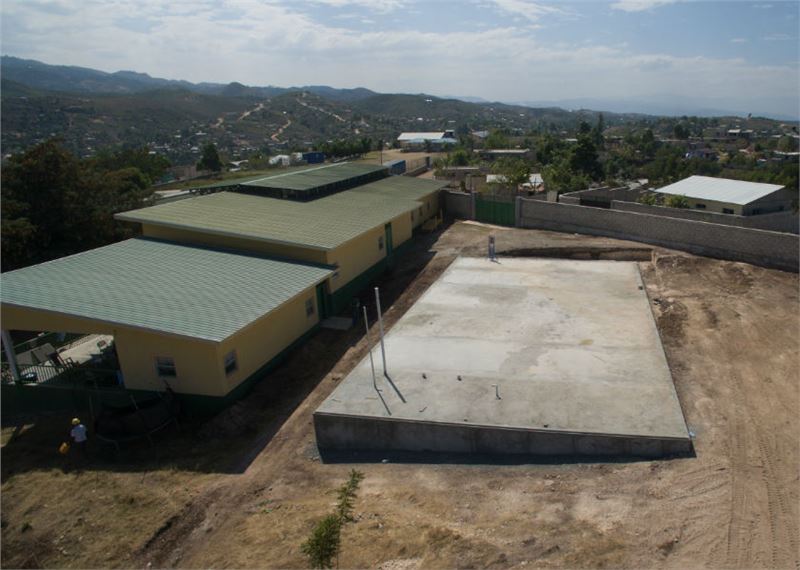 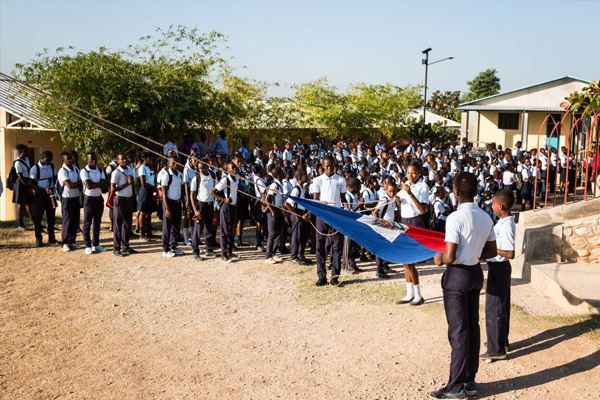 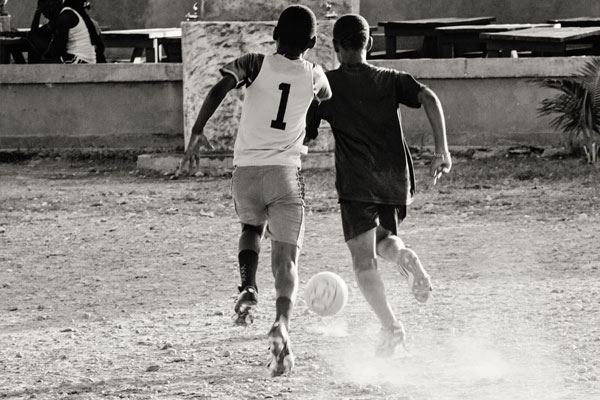 Susan Brown began her career in radio news. She was news director for WJBO/WFMF radio and a journalism instructor at LSU. She holds master’s degrees from LSU and New Orleans Baptist Theological Seminar, and served as a chaplain at Louisiana Correctional Institute for Women.