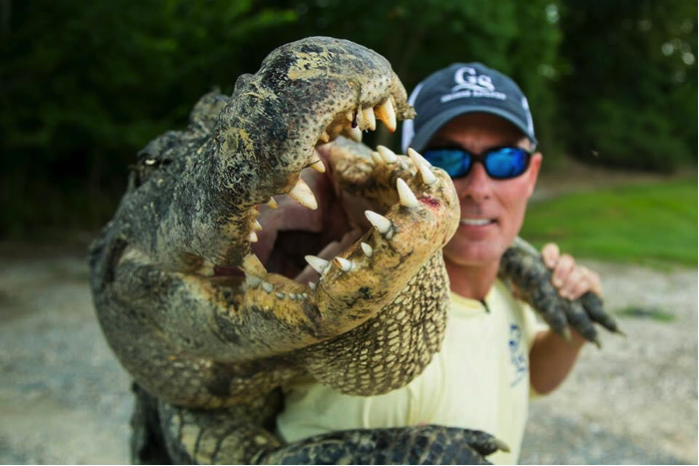 Picture this: tinted golden sky over a beautiful blue lake, birds chirp, fish swim, gators roam, and nature has free course. This awesome imagery isn’t just a piece of God’s heavenly portrait or rather some place hidden in the well known Garden of Eden, it’s yours and within arm’s reach. Right here in the surrounding areas of Baton Rouge, nature thrives, and there are many who take pleasure in enjoying the existence of wildlife as nature unfolds. One such is John Jackson, a small town country boy whose upbringing consisted largely of hunting and fishing.

“Fishing and hunting and also photography I learned from my father, which is the reason I love what I do today.” With his experience in TV and skill in the outdoors, John has now hosted and produced outdoor TV for 15 years. With a television show of his own titled “Out Da Bayou,” John now takes his turn in front of the camera, while simultaneously shooting and producing the show. “Out Da Bayou” features local fisherman who share John’s passion for the outdoors. John explains that it’s an honor to showcase those who preserve the intended purpose of the land.

“The people who live and work here are the salt of the earth, and I truly believe this is one of the last places where the people really live off of the land,” John said. “Like this one fisherman I know who catches rattles snakes when he can to make hides; he also catches alligators and crawfish. He’s a fishing guy who is right now on a movie set in New Orleans being paid to catch wild hogs and snakes off the property of the set.”

“Out Da Bayou” covers a wide range of outdoor action, which sets the show apart from your typical outdoor show. Now in its third season the show continues to gain momentum and is committed to featuring the best of the bayou.