In the world of theatre, competition – not character – often takes center stage. Christian Youth Theater turns that formula on its head – and with growing success. The Baton Rouge CYT affiliate began production two years ago and has surprised even the national organizers. “The national founders said it’s obvious that God is doing something with the arts in Baton Rouge,” said Director, Tonja Rainey.

The schedule is challenging. The after-school program holds classes once a week in voice, dance, drama and stagecraft, and produces three Broadway-style musicals a year plus summer camps. In 2014 they performed Shrek, Aladdin Junior and Rapunzel. During the one-week summer camp for 5-13 year-olds, students learned a full showcase and performed at the end of the week. Camp All Aboard, held in July, gave students the experience of performing to international music. At the annual national conference, students are able to connect with professional actors who advise and teach to their interests. This summer, Rainey’s daughter took a class taught by James Eckhouse of the Beverly Hills, 90210 cast.

From planning to performance, students are immersed in the values taught within each show. Productionsare chosen on the basis of their ability to provide wholesome family entertainment that reflects Judeo-Christian values. During the semester, instructors begin to see those values take hold in kids’ lives.

“It’s cool because the parents get to do things with their kids. It’s something they can all do together,” said Rainey. “Just watching the kids – they want to be better. They want to get closer to the Lord. They love this place.”

Rainey understands the importance of nurturing kids through the arts. She danced her way through childhood and into college at the University of Louisiana at Lafayette. Then, she headed a drama team at UL through Chi Alpha campus ministry, using pantomime to teach Biblical truth on mission trips.

“Back in my college days I used to think, “Oh, I can do anything. You need me, Lord. I’ve got skills.’ And He’s like, ‘Really?’” Rainey said God used experiences that did not build her credibility in the world’s eyes to bring her into the work He had planned. That included homeschooling her three children. As a member of a co-op, she began to teach dance and drama, a process that sharpened and broadened her own skills.

“God doesn’t call the qualified, he qualifies the called. That’s how I feel,” said Rainey. “He’s definitely called me to do it…and it shocks me, it surprises me because I look up and go ‘Wow, that is not me.’ I know that it’s Him.” 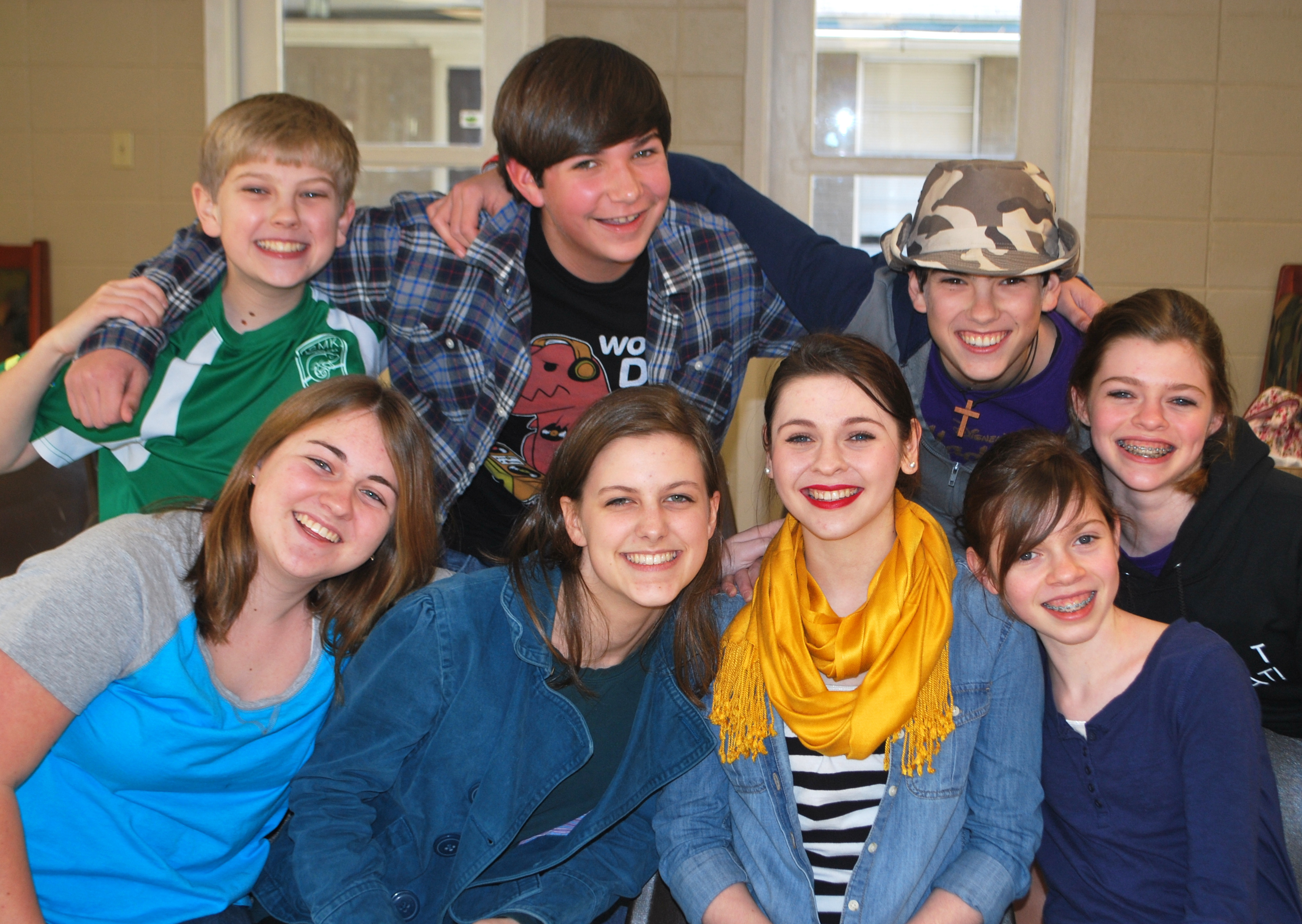 When her oldest daughter – now a theater major at LSU – expressed a desire to study theater in a Christian atmosphere, she was surprised to find no ongoing, affordable opportunities.

“When my kids want to do something and we can’t afford it, I just start my own thing. So that was the obvious answer,” she said. From that point, she explains, God began to make unusual connections.

“I had actually read some Karen Kingsbury novels and she mentioned a group her kids are part of called CKT.” A quick Google check revealed that, in reality, her kids are part of CYT and Kingsbury is a major sponsor. The only existing CYT in Louisiana turned out to be based in her hometown, Lafayette. And the project took off from there.

But it came with a new set of challenges: Rainey knew it would take over their lives. Her husband was concerned about burnout. Plus, CYT is built around musicals – and she didn’t sing.

“So I just said Lord, I have a yes in my spirit and I want to say yes to you but I can’t say yes until he says yes. So you go deal with him. And two days after I prayed, he came back and said, ‘I want you to do this.’ And it was just the Lord. We just knew.”

Eighty families came to the first information meeting – one of the largest interest meetings nationally. The program, for 4-18 year olds, was ready to open in record time, in July of 2013.

The upcoming season features Mary Poppins in the fall, Annie Junior in the winter and Mulan Junior in the spring. As a community-oriented organization, CYT depends on local churches and stages to provide space for rehearsals and performances. New Life Church, Bethel Temple, Hosanna First Assembly and, most recently, Jefferson Baptist Church have embraced CYT in their facilities.

Rainey said many parents appreciate the Christ-centered, encouraging atmosphere. “They love that the staff and leadership pray with the kids, that the kids are more important than the show, that this is a place where good friendships are formed.” The program currently trains 170 kids in theater arts and is growing every season.

Christian Youth Theater, based in San Diego, Calif., is the largest youth theater in the U.S. For more information, sponsorship or tickets, see their local website, CYTBatonRouge.org.