Finding freedom through recovery didn’t come overnight, explains Jason Poirer of Brusly, La., “I hated the way I felt and knew I needed to quit, but I couldn’t find the strength to do so on my own.” It’s not everyday you get the pleasure of meeting a person whose joy in the Lord is sincere. Poirer describes his transformation as night and day. “I was for so long entangled with drugs that life had no longer had meaning. But Christ lead me to freedom, I only needed to follow.”

Poirer, 29, courageously shares his testimony about his battle with prescription and recreational drug use. He talks about how as a kid he began drinking beer and smoking marijuana but had not anticipated what was next.

“I began as a kid, just messing around. Alcohol was easily accessible and so was marijuana, but at 15 I experimented with ecstasy. I knew that it was a bit more than what I had tried before, but I was still somewhat curious,” Poirer said. “I tried it and remember saying, if this feels this good, Ill try anything!” He went on to detail how much changed in his life based on one decision.

“When I would wake up in the morning, my body craved more, I couldn’t get through a day sober; without the drugs I would be so sick. I could only focus on my next fix.” As he continued to dig into his past he found no issue with sharing the ugly truth of his past. Likewise, with a humble heart, he began to share how through recovery, freedom was found.

“I had nothing, I had lost just about everything and everyone. I had found myself at the mercy God,” he explained. “I entered a rehabilitation program at my father’s request. While there I would read the literature that was given, attended the group meetings and avoided people that were still using, but even still I felt unequipped for the journey”. He discussed how it was an invitation to attend The River Ministries Intl. in Addis, La., that ultimately equipped him for the journey to freedom.

“I remember walking through the doors feeling lighter and uplifted. It was the presence of God, something I had never felt before,” Poirer said. “At the end of the service, Butch Labuave, the pastor, came to talk to me. I told him about my struggle and he asked if he could pray for me. When he started praying for me I broke. I couldn’t hold it in. I just broke down into tears. I knew that was the starting point of me letting things go.”

Poirer has been free from all drug and substance abuse since May 2014. He relies on his relationship with Christ to sustain him. He has a church family, a mentor and family to support him.

“The day I walked into The River Ministry church someone came up to me to and shared their testimony. I thought that was awesome,” he said. “Since then, that person, Kevin Ray, my mentor, employer, friend and exercise buddy, has connected [with me] like family. I’m blessed! I know without a doubt it was God’s grace that lead me to recovery and even though my story is still being written, with God leading the way, I’m going forward.” Poirer’s testimony reveals that God’s plan for our future is, and always has been, redemption. 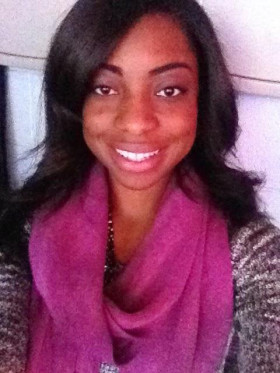 About Jehan: Jehan enjoys writing and serving in the ministry. She spends her nights working at WBRZ news 2 in Baton Rouge and her days working at Ace hardware in her hometown. Her goals in life are simply to follow Gods leading and be a vessel in which he can use for his glory.