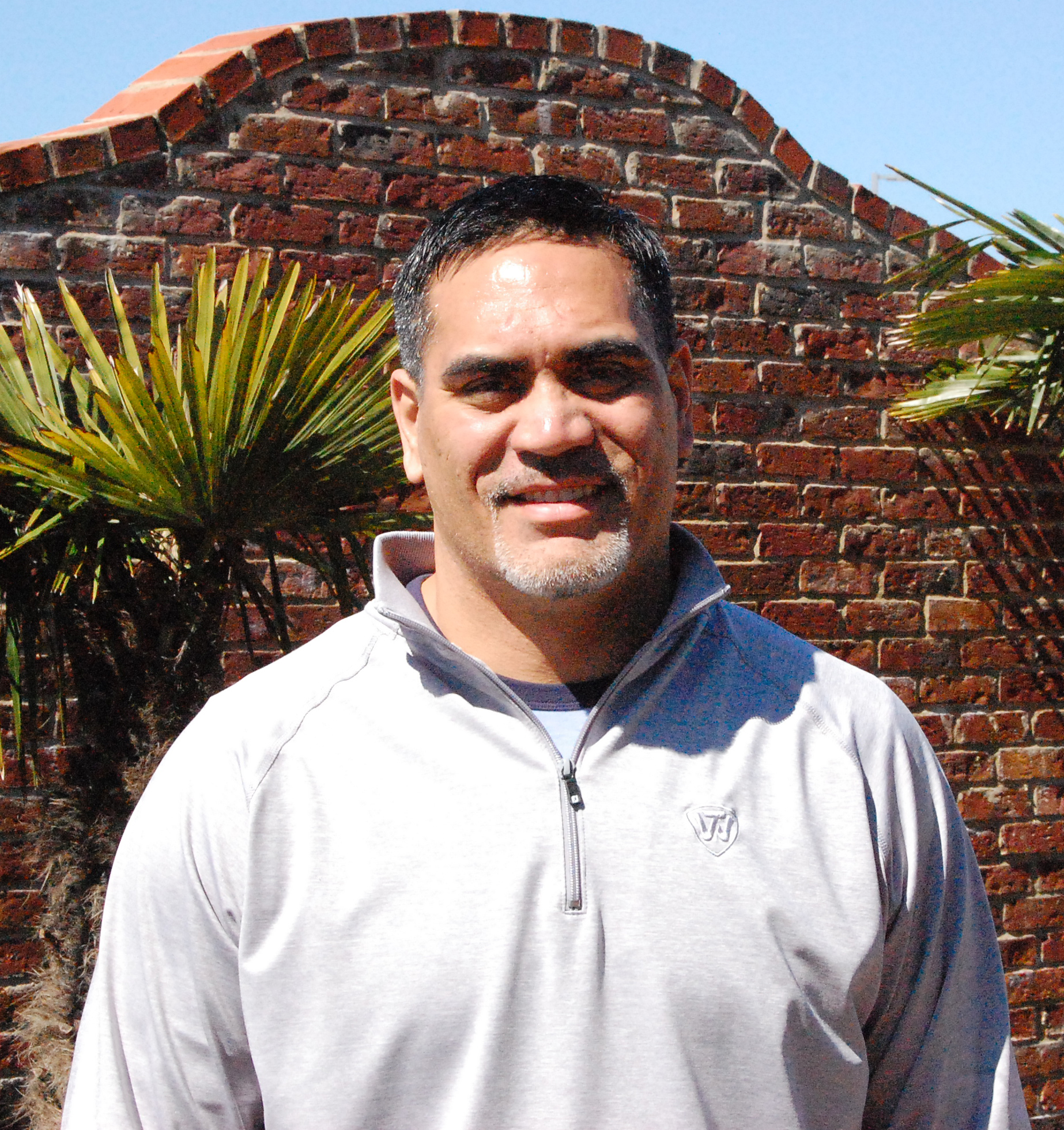 Kevin Mawae has won all the fame and fortune any man could ever strive for, but the most important thing in his life is being a witness for Christ and encouraging other Christians, especially men’s groups and student athletes, to follow his lead.

Mawae, 45, had a hugely successful, 16-year career as a professional football player, made millions of dollars, and at one time was the highest paid center in the entire NFL. He was a seven-time “All-Pro” player, and was inducted into the LSU Athletic Hall of Fame in 2007, and the Louisiana Sports Hall of Fame in 2013 for his accomplishments.

“A lot of people will take a lifestyle in the NFL or professional athletics or even at LSU to build a pedestal for themselves,” Mawae said. “I really believe that God gives us the opportunity to build a platform to reach out to others.

“God doesn’t care how high the pedestal is — he wants to know how wide the platform becomes,” he said.

Born in Savannah, Ga., in 1971, the second of four sons of U.S. Army, Sgt. 1st Class David Mawae, he grew up on Army bases in Kansas, then Germany, where he learned to love football, and then Ft. Polk, La. He graduated from Leesville High school as an all-state football player with excellent grades.

“I grew up in a great family. Being Hawaiian, in the Polynesian culture, family is big, that’s the way I grew up,” he said. “I never went to church. As a freshman in high school my mom forced us to go (at Christmas and Easter) but my dad never made us go. He grew up Catholic with ‘rap-your-knuckles-with-a-ruler’ nuns, so my dad and mom made the decision to let us figure out what we wanted to do as we got older —to make that decision for ourselves.”

He was recruited to LSU in 1989, during “the dark days,” when LSU lost more games than they won. He played at left tackle, center and left guard, finally becoming an all-star center. Christian teammates like Brian Griffith and Todd Kinchen would invite him to Bible study but, “it just wasn’t my thing; [I] didn’t care for it, [I] wasn’t interested,” he said.

He proposed to Tracy Dale Hicks over the public address system during the 1992 LSU Fan Day in front of thousands of fans. They were married by the Rev. Dino Rizzo in 1994, at what was then Trinity Christian Center – now Healing Place Church.

Mawae was drafted 36th overall in the NFL’s second round by the Seattle Seahawks in 1994. He played 14 games as a right guard and won several awards including first-team All-Rookie, given by the Football Writers Association. He started all 16 games in the 1995 season and in 1996 moved to center where he remained throughout his career.

Just like at LSU, he knew the “the religious guys” in Seattle, he said, but when they invited him to chapel or Bible study, “my response was, ‘man, I don’t need that.’”

Life was good. He was living the dream of playing NFL football, he’d married his college sweetheart and was making lots and lots of money.  Then everything changed.

“My second year in the NFL my older brother was killed in a car accident,” he said. “That changed my whole perspective on life. I realized there is more to life than just playing football and being rich and famous.

“Over the course of a year I came to understand who Jesus was and why God sent his son to this earth to die on the cross for me and my sins; so I can have eternal life,” he said.

He and Tracy joined a Bible study with Seahawks players’ families and even hosted Bible studies at their house. The “religious guys” he’d once pushed away became his accountability partners.

When their son Kirkland was born they decided their kids would grow up in church, “but I had no idea what that meant,” Mawae said with a shrug of his big shoulders. While he no longer weighs the 289 pounds listed on his NFL records roster, at 6-foot-4, he is big enough and strong enough to be respected among other grown men.

They came home to Baton Rouge and were attending Trinity Christian Center when he made an appointment on June 24, 1997, to meet with Dino Rizzo. He’d read the entire Bible but still couldn’t comprehend his brother’s death.

“Dino said, ‘What you lack is not knowledge of Christ — you lack the faith of what Christ can do in your life,’” Mawae said. “At that moment I started crying and he prayed with me and I accepted Christ that day.”

This May will be 20 years since his brother was killed and it will be 19 years that he’s been a Christian, Mawae said. Before his death, his brother was engaged to marry a Catholic woman and was enrolled in the Rite of Christian Initiation for Adults (RICA) course.

“I saw a physical and emotional and spiritual change in his life without ever talking about it,” Mawae said. “The last sentence he said to me was, ‘hey, I’ve got something to share with you – I’ll call ya tomorrow.’”

He often speaks to men’s groups, as well as high school and college groups like the Fellowship of Christian Athletes. He tells them that their talents and name recognition gives them a special platform.

“You just have to choose how you’ll use that platform,” Mawae said. “Some day He’s going to ask you what you did with what he gave you, and if all you can say is, ‘Well, I lived in a pretty big house and had a pretty good life for myself,’ then I feel sorry for you – I really do.”