Years ago, the Rev. John Edd Harper was working as a youth minister in a small town in Texas when he came up with the idea for a sex education class. The 8th grade girls and boys he taught seemed a little too worldly, and he believed it was only a matter of time before his students might be dealing with teen pregnancies or sexually transmitted diseases.

Yes, sex ed is taught in public schools, but it is often limited to the biology of human reproduction. The moral element is missing, and this can create confusion and conflict.

With the help of a local physician, Harper designed a sex education seminar that combines the physical and spiritual aspects of sexual intimacy in a format appropriate for young people. Eventually, he developed two versions of the seminar, one for junior high and another for senior high. His message was simple: Sexuality is a beautiful, valuable and powerful gift from God that is meant to be saved for marriage.

His first concern was whether parents would be supportive … after all, many parents dread “the talk.” While they might feel relieved that someone else is willing to start that discussion with their children, they also are naturally curious to know about the topics that will be covered. In today’s world, children are bombarded with sexual images and themes from television, social media and the Internet. Just how much information is appropriate?

“I always have a meeting with the parents and explain the material I’ll be teaching, the language that will be used, and the lessons we’re trying to get across,” Harper said. “In all the years I’ve been doing this, only one parent has ever pulled their child out. Most of them realize that this is a very important and necessary educational opportunity. The kids are going to learn about sex one way or another. Isn’t it better that they learn it in a Christian setting rather than on the street?” 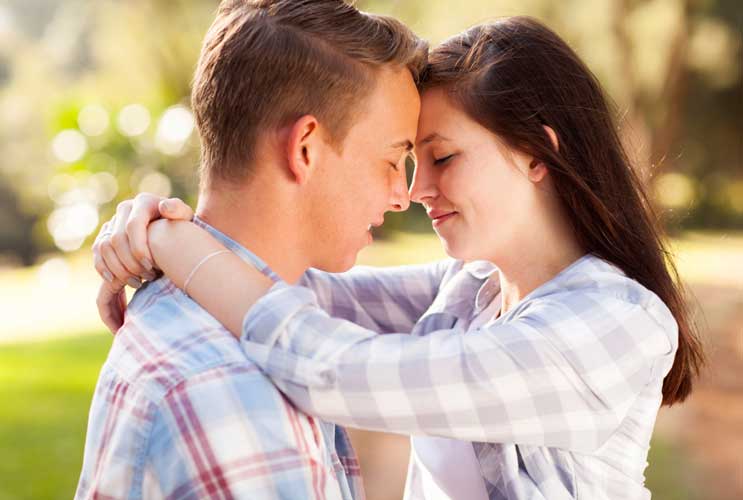 To that end, his students learn about physical anatomy, the reproductive system, their changing bodies, contraception and pregnancy. The next layer of learning focuses on beliefs about sexuality, making smart choices, and being in healthy relationships. Through discussion, Bible study and prayer, the students share their feelings about morality, mutual respect, peer pressure, and the consequences of their actions.

Some students who attend the seminar have already had sex and feel like they’ve made a terrible mistake and it’s too late for redemption. Harper never judges his students, but instead, encourages them by introducing the idea of “secondary virginity” — basically a promise to abstain from sex from this point on until marriage.

“It’s never too late,” he tells them. “God forgives you. You can decide right now that you believe sex is a gift from God and you are going to save yourself for marriage and the right person to share that wonderful gift.”

At one point in the junior high seminar, Harper invites the class to share every slang term they can think of for sex and for certain parts of the male and female anatomy. Understandably, it prompts plenty of laughter and snickering. Then he takes a rose and shows it to the class, saying, “What if I chose not to call this a rose anymore, and instead gave it a new name … a disgusting or ugly word?”

His point is that young people are profaning something beautiful when they refer to sex in crude and vulgar terms. “It always has an effect on them,” Harper said. “They get it.”

Most important, though, is that the students come away with a new respect for themselves and a deeper understanding of God’s plan as it relates to human sexuality, love, marriage and family.

Harper is a coordinator of the Board of Ordained Ministry, Louisiana Conference of the United Methodist Church. His secondary appointment is as a pastor at Hope Community United Methodist Church in Baton Rouge. Harper has been leading human sexuality and morality seminars since 1985. He has served as a youth minister in Texas and Louisiana for more than 20 years. He can be reached at Johneddharper@LA-UMC.org.